At the Stadio Luigi Ferraris in Genoa, Italy will host Ukraine in the international friendly, expecting to end a 4-game losing streak.

After failing to qualify for the World Cup, Gli Azzurri have appointed Roberto Mancini as head coach, hoping he could bring a necessary change. However, although the former Inter Milan manager started his international adventure with a 2-1 win over Saudi Arabia, he was swept aside 3-1 by France immediately after. Even in the UEFA Nations League, La Nazionale were held to a 1-1 draw to Poland before suffering a narrow 1-0 loss to Portugal. It seems Italy national team are far from finding the way out of a crisis in spite of Mancini’s claims suggesting he is on the way to revive the squad following a miserable failure in the qualifiers.

On the other hand, the Main Team currently top the UEFA Nations League Group 1 with a maximum of six points thanks to two minimal triumphs over the Czech Republic and Slovakia. Additionally, Andriy Shevchenko’s team is undefeated in the last seven games, having won five times, while drawing twice in the process. The east Europe side desperately want to get back to the right track following an unfortunate elimination in the World Cup qualifiers, where Croatia wrapped up all three points in Kiev in the final match of the qualifying group to leave the Yellow-Blue empty-handed.

FC Toronto’s Sebastian Giovinco has returned to the national team in favor of Nice’s out-of-form striker Mario Balotelli, as well as, Marco Verratti who has been struggling with injury for almost five months. As for Ukraine, Andriy Yarmolenko, Yevhen Konoplyanka, and Oleksandr Zinchenko are all expected to start from the first minute. 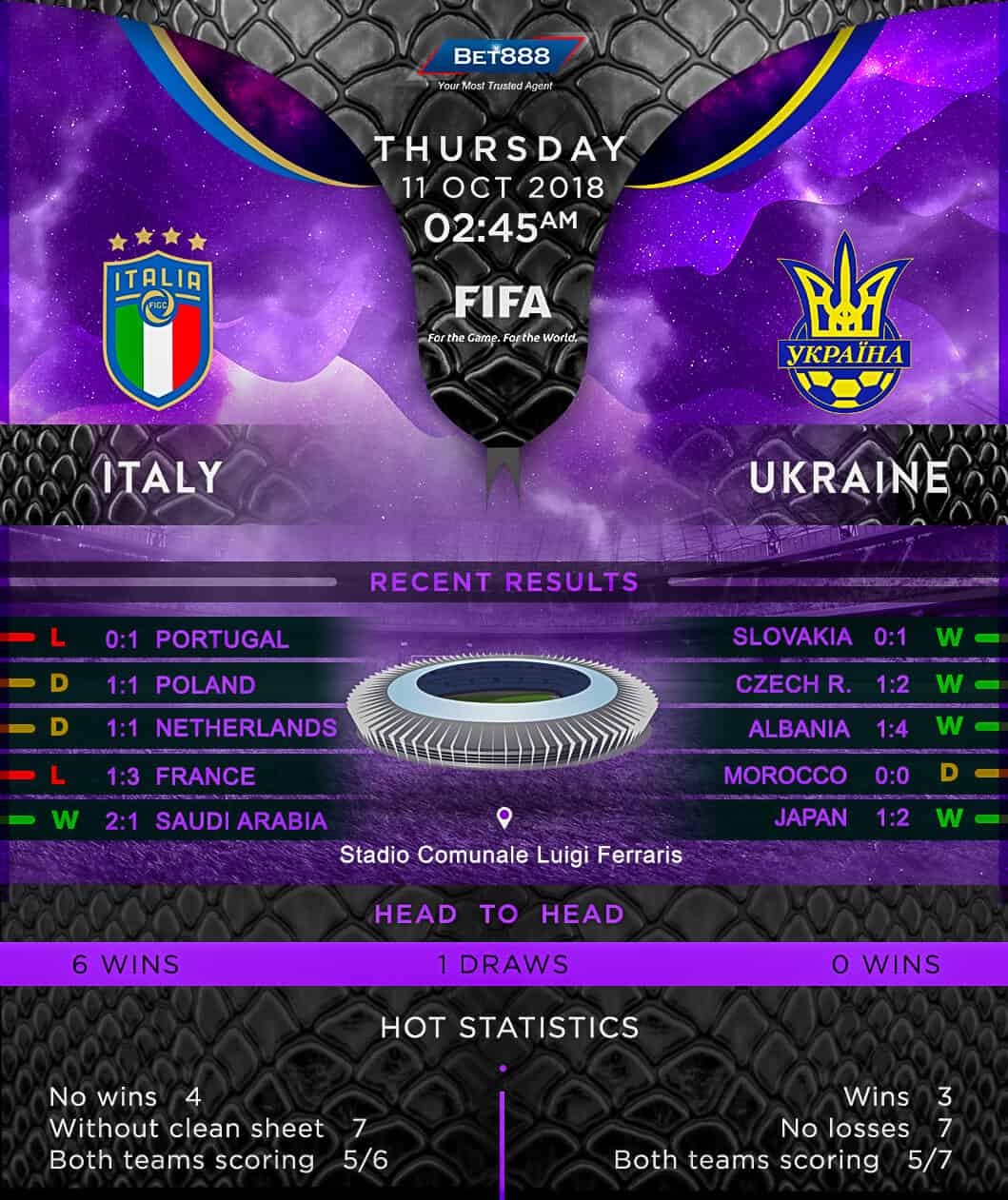