After skipping the 2018 FIFA Wolrd Cup, the Italy will open their UEFA Nations League journey at the Stadio Renato Dall’Ara in Bologna against Poland.

Gli Azzurri are having a hard time in 2018, considering they’ve only managed to pull off one victory out of five matches while losing two times and playing out two draws in the process. Roberto Mancini has achieved a 2-1 win over Saudi Arabia on his debut after taking charge of the team previously led by Luigi Di Biagio, but he failed to create a positive atmosphere in the dressing room, which eventually resulted in a 3-1 defeat to France and an uninspiring 1-1 draw with the Netherlands.

As for Poland, they have been recognized as top favorites to go past the group stage at the World Cup, but dreadful losses to Senegal and Colombia forced them out of the competition quicker than expected. However, Adam Nawałka clinched a 1-0 triumph over Japan in his farewell game as the White and Reds’ coach, with Jerzy Brzęczek appointed as his successor soon after the end of the tournament.

The highly-rated 17-year-old striker Pietro Pellegri has been summoned by the national team for the first time, with Nicolò Zaniolo of Roma and Nicolò Barella of Torino also fancying their chances of making a strong first impression. Meanwhile, Arkadiusz Milik and Robert Lewandowski will probably spearhead Poland’s attack, while Piotr Zieliński and Karol Linetty should be the ones to feed them upfront. 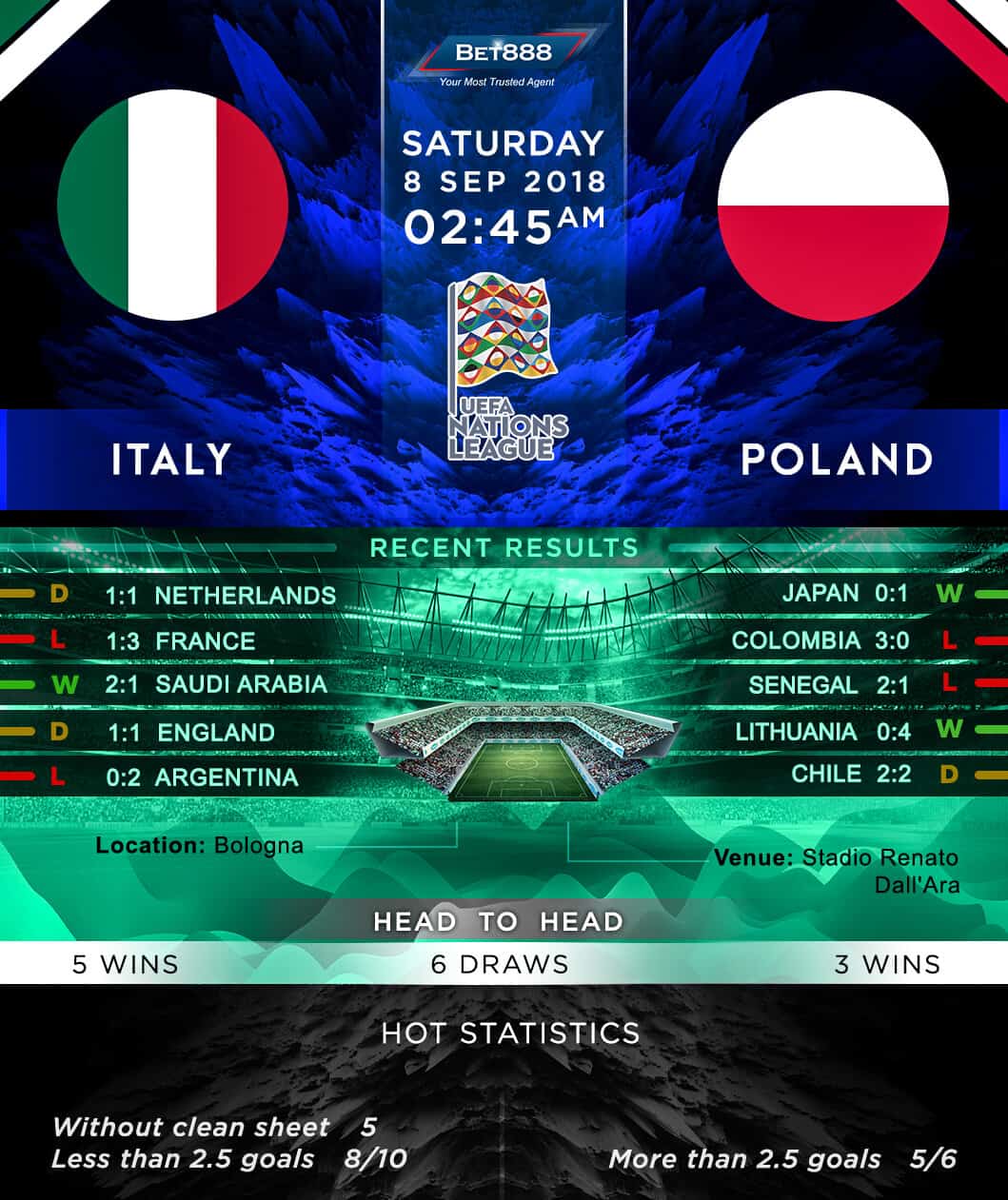