At the Kazan Arena in Kazan, Spain will play against the top team of Group B, Iran, hoping for a victory to annul a disappointing 3-3 draw against Portugal last weekend. Although the Team Melli managed to qualify for the World Cup finals by finishing top of their respective qualifying group, it’s been hard to expect they could make something out of their appearance, but a surprising 1-0 win over Morocco has given them a unique opportunity to look for their first ever World Cup knockout stage qualification. As for the Red Fury, the 2014 World Cup fiasco is something the former World Cup winners would like to avoid this summer, especially considering the quality of the teams allocated to their respective group. One of the top teams at the final tournament and one of the favorites to win the prestigious trophy will have to put some extra efforts if looking to outscore Iran, who will probably opt to defend with all eleven players, which is why Fernando Hierro might look to start with Diego Costa and Rodrigo Moreno from the first minute.

In addition to Rodrigo, who spent the whole match against Portugal on the bench, Marco Asensio and Saul Niguez, could also found their place in the starting line-up. Carlos Queiroz, on the other hand, should hardly give up on the line-up that showed a great spirit against Morocco. 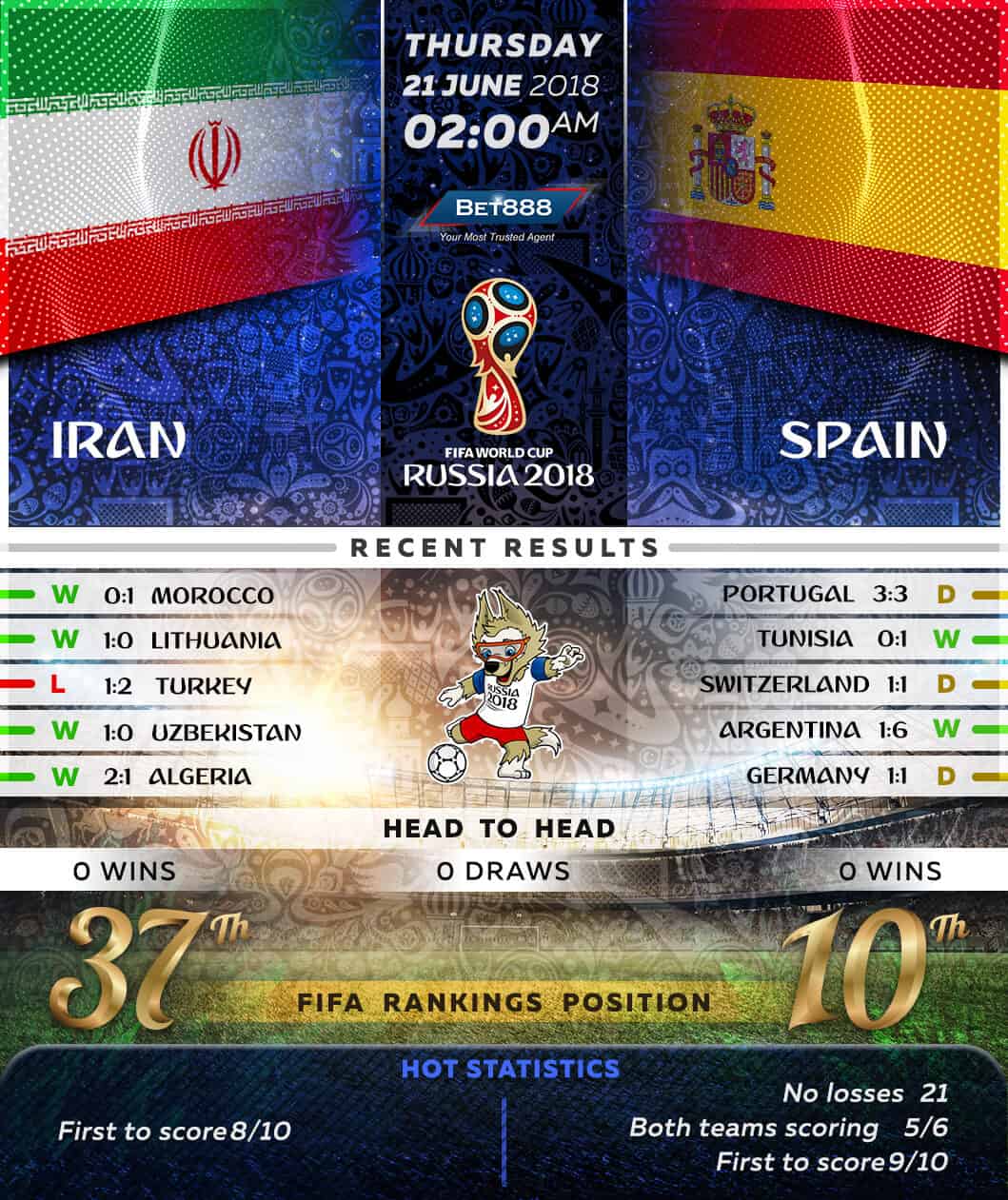