At the Mordovia Arena in Saransk, Iran and Portugal will be facing off against each other in a match that will decide the second team of Group B that will advance to the round of 16 alongside Spain, who came very close to going past the group stage. After a lucky 1-0 triumph over the Atlas Lions, the Team Melli failed to avoid defeat against the Red Fury,losing to the European heavyweights by a narrow 1-goal margin. However, Carlos Queiroz’s team showed that they have a strong team spirit, and they will look to make things difficult for Portugal, as a potential win would secure them the biggest success in their respective football history. Led by Cristiano Ronaldo, A Seleção das Quinas managed to pull off an outstanding 3-3 draw against favored Spain side before achieving a vital 1-0 victory over Morocco that will probably send them to the knockout stage.

Queiroz might think of including Reza Ghoochannejhad in the starting line-up, considering his team failed to score a single goal so far, as Aziz Bouhaddouz scored an owngoal to hand them a victory in the opening game (against Morocco). With a total of four goals, the best goalscorer of the tournament so far, Cristiano Ronaldo, will lead Portugal’s attack alongside the likes of Bernardo Silva and Goncalo Guedes that accompanied him in the first two matches. 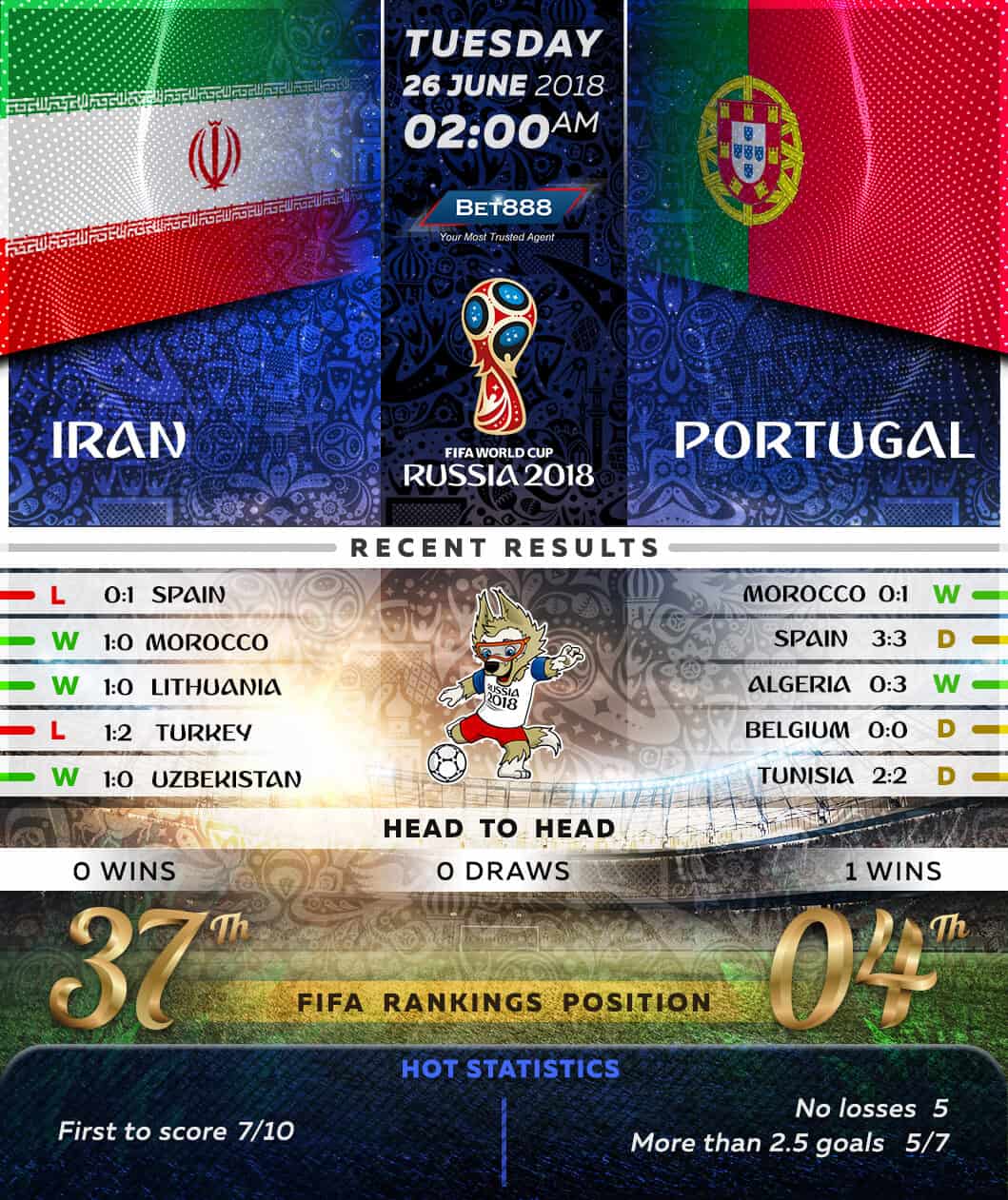