With eight consecutive matches without a victory, Inter Milan’s chances of qualifying for the Champions League are dropping rapidly, as Roma closed the gap on them to only 1 point. The Nerazzurri are looking to end their winless run at Giuseppe Meazza against Bologna, who lost four of their last five Serie A games.

Both teams are struggling to find the right form, but the home team is under severe pressure, following rather disappointing recent performances.

Inter are confronting serious problems in attack, having scored only four times in last five games, which is pretty concerning considering they’ve faced Crotone and SPAL at home. And Luciano Spalletti has to win this game to avoid being fired. The Rossoblu are dealing with defensive troubles, as they have let Napoli and Torino bag them six goals in their last two away clashes.

Mauro Icardi is closing in on a return to full fitness after missing the game with Crotone last weekend, which means Eder will return to the bench despite scoring the only Inter’s goal in that match.

Roberto Donadoni’s talisman Simone Verdi is experiencing some minor leg issues, but he should be ready for the meeting, while Angelo da Costa is having back problems that will prevent him to travel with his teammates. 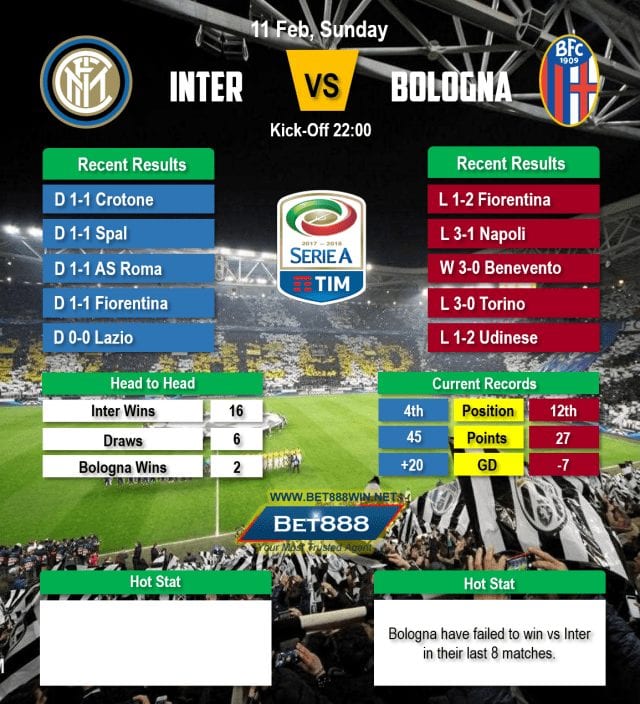