It should have been a crucial title showdown had both sides not tapered off towards the end of 2017.

In their last 10 games, both Inter and Roma have taken a miserable eight points out of a possible 30. Now, it has been watered down to a clash for third place.
In the dugout, Luciano Spalletti will face Eusebio Di Francesco, his successor at Roma. The latter has never been able to outwit the former, losing all four managerial encounters.
Inter are at full strength for this San Siro clash, and can even call on the January signing Lisandro Lopez to man the defence. As for Roma, Diego Perotti is a major doubt, adding to the woes of the capital side, who are already without long-term absentees Gregoire Defrel and Rick Karsdorp.

Roma are currently fifth on 39 points, three behind Inter. The home team has lost by a 3-1 scoreline in the past two fixtures. 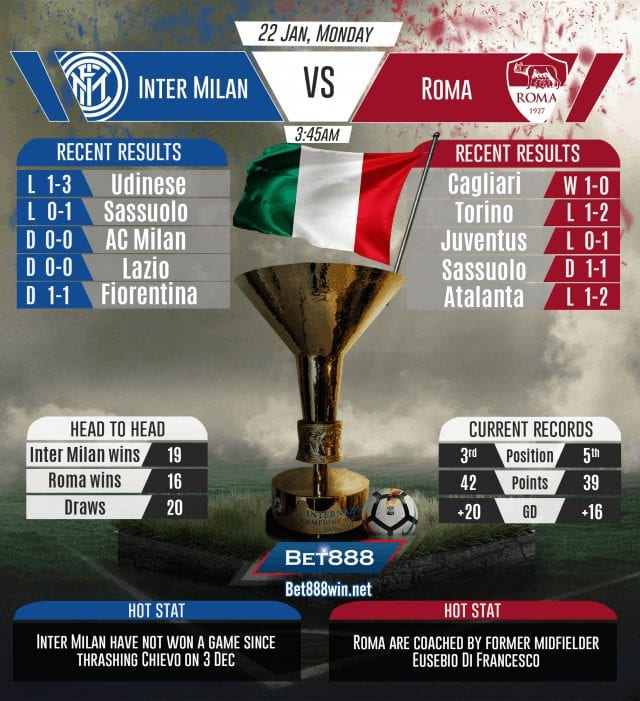