Stadio Giuseppe Meazza forms the backdrop for a mammoth Serie A encounter between Inter Milan and Roma.

Both sides collapsed on the eve of September’s international break, as for the first time since 1995, AC Milan, Inter, Juventus, and Roma all lost on a single Serie A matchday. Simone Inzaghi’s side squandered an early 1-0 lead in a dismal 3-1 defeat at Udinese last time out, losing further ground on pacesetters Napoli. After losing three of their most recent five league outings (W2), ‘I Nerazzurri’ resume top-flight action on a mission to whittle down a five-point gap on ‘I Partenopei.’ Roma’s visit could aid Inter’s cause as they are unbeaten in their last ten Serie A meetings with the capital-based side (W6, D4), their best H2H league run since World War II. Moreover, they have averaged 2.6 goals per game across their last five league matches against Roma.

In the meantime, Jose Mourinho’s team wasted numerous clear-cut chances in a 1-0 home loss to Atalanta last time out, making it two defeats from three Serie A fixtures (W1). But with fourth-placed Lazio only one point clear, Roma’s bid to pull off their first top-four finish since 2017/18 is off and running. Problems with inconsistent performances on the road could affect the visitors’ hope of getting back to winning ways, though one defeat from four Serie A travels this season speaks otherwise (W2, D1). But ‘I Giallorossi’ have suffered in the front third this term, as evidenced by a lackluster one goal per league game scoring average on hostile turf. 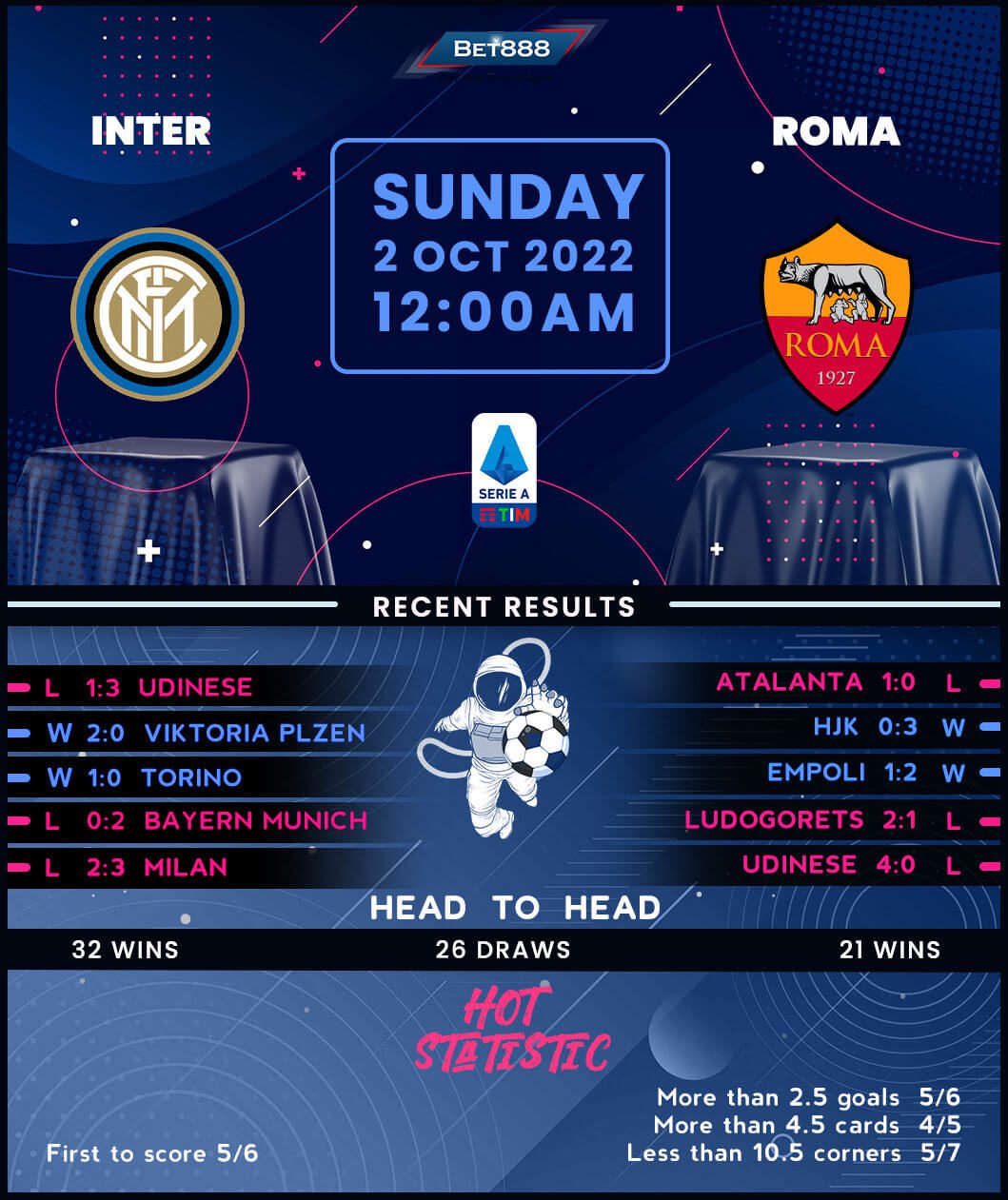