Inter Milan’s 2022/23 Coppa Italia action kicks off at the Stadio Giuseppe Meazza as they meet second-tier Parma in a seemingly routine last-16 task.

Inter Milan’s hopes of re-inserting themselves in the Scudetto race took a massive blow at the weekend as Monza’s last-gasp equalizer held them to an enthralling 2-2 Serie A draw. That result knocked them down from a three-match winning streak in domestic football, but it’s unlikely to douse the optimism in the home camp. Simone Inzaghi’s men haven’t lost any of their last five competitive encounters against Parma, albeit they’ve alternated between winning (3) and drawing (2) on each occasion. Adding to the hosts’ confidence, they’ve won six consecutive home outings across all competitions in the lead-up to this clash, keeping as many as five clean sheets in that period. But since their last two H2Hs at Meazza featured an identical 2-2 scoreline, Inter cannot take anything for granted.

As for Parma, a hard-earned 1-0 home win over fellow Serie B rivals Bari in the previous Coppa Italia round helped them set up this exciting tie, handing them an opportunity to beat Inter for the first time since September 2018. That’s easier said than done, though, as the ‘Crusaders’ come into this fixture amid a rough patch, having won just once in their last six competitive outings (D2, L3). With four of those six games containing under 2.5 total goals, you’d be right to assume a low-scoring contest is on the cards. Topically, five of Parma’s last six matches away from home have produced a maximum of two goals, highlighting the significance of the first goal. 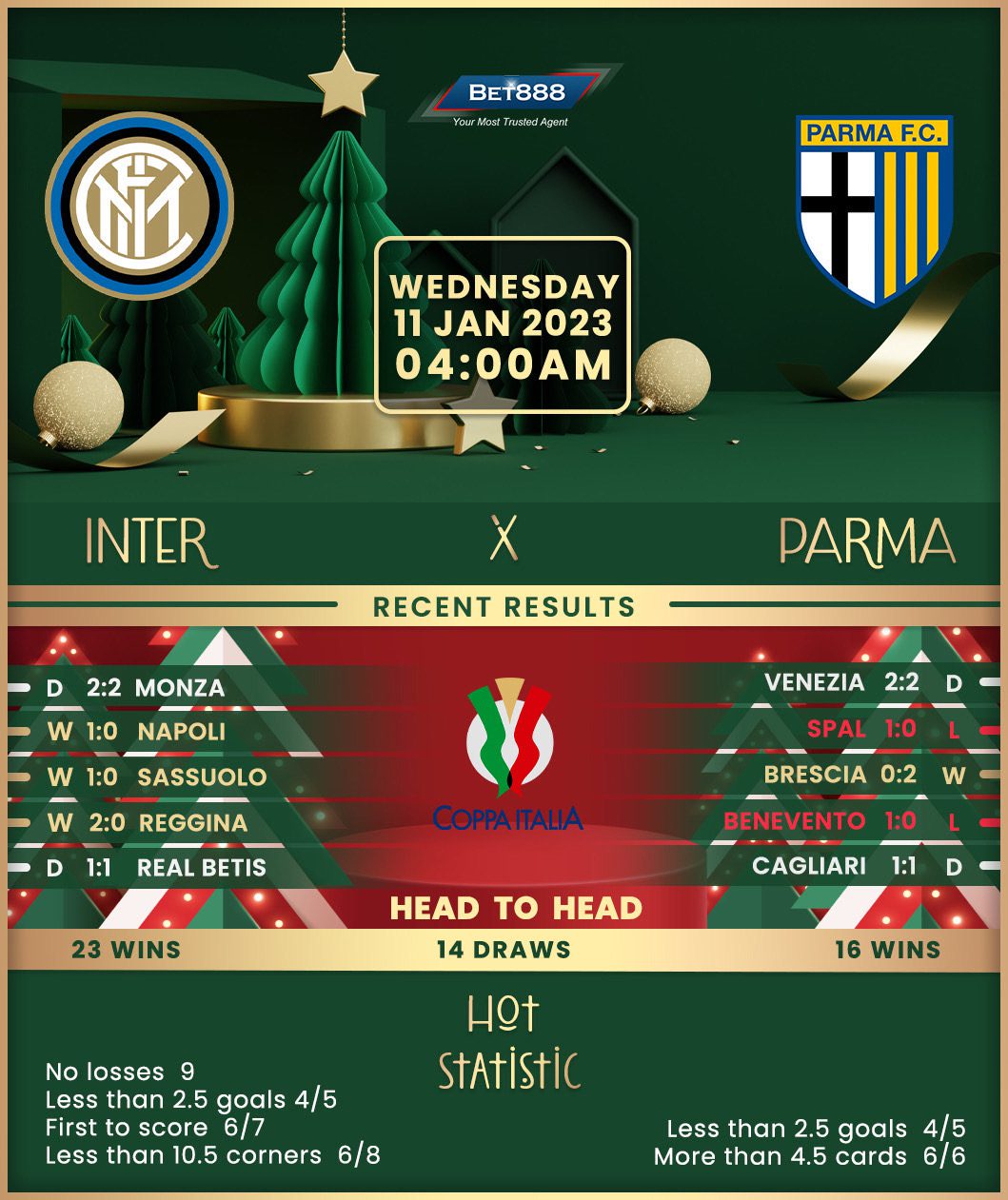