After a thrilling finish at the Stadio Luigi Ferraris and a 1-0 win over Sampdoria, Inter Milan will be hosting Fiorentina at the Stadio Giuseppe Meazza, hoping to extend a 2-game winning streak.

The Nerazzurri have started the season off on the wrong foot, losing 1-0 to Sassuolo on the road, after which they’ve dropped a 2-goal lead over Torino at home, only to see the encounter ending in a 2-2 draw. Just when everyone expected to see Luciano Spalletti’s side catching the rhythm following a 3-0 triumph over Bologna, Parma stormed through the Giuseppe Meazza, leaving the home fans resigned. However, an outstanding comeback and a 2-1 victory over Tottenham Hotspur in the Champions League and last weekend’s win over the Blucerchiati could mean Inter finally find the right balance.

On the other hand, the youngest team in the Italian Seria A opened the season with a 6-1 demolition of Chievo Verona, after which the Viola secured a tough 1-0 win against Udinese at home. However, a 1-0 defeat to Napoli and a 1-1 draw with Sampdoria that preceded an astonishing 3-0 win over SPAL last weekend, currently sees Stefano Pioli’s side occupying the third place, with a 5-point deficit to Juventus.

Sime Vrsaljko won’t be available for the hosts after suffering a knee injury, while the visitors should arrive in Milano at full strength, according to the latest reports. 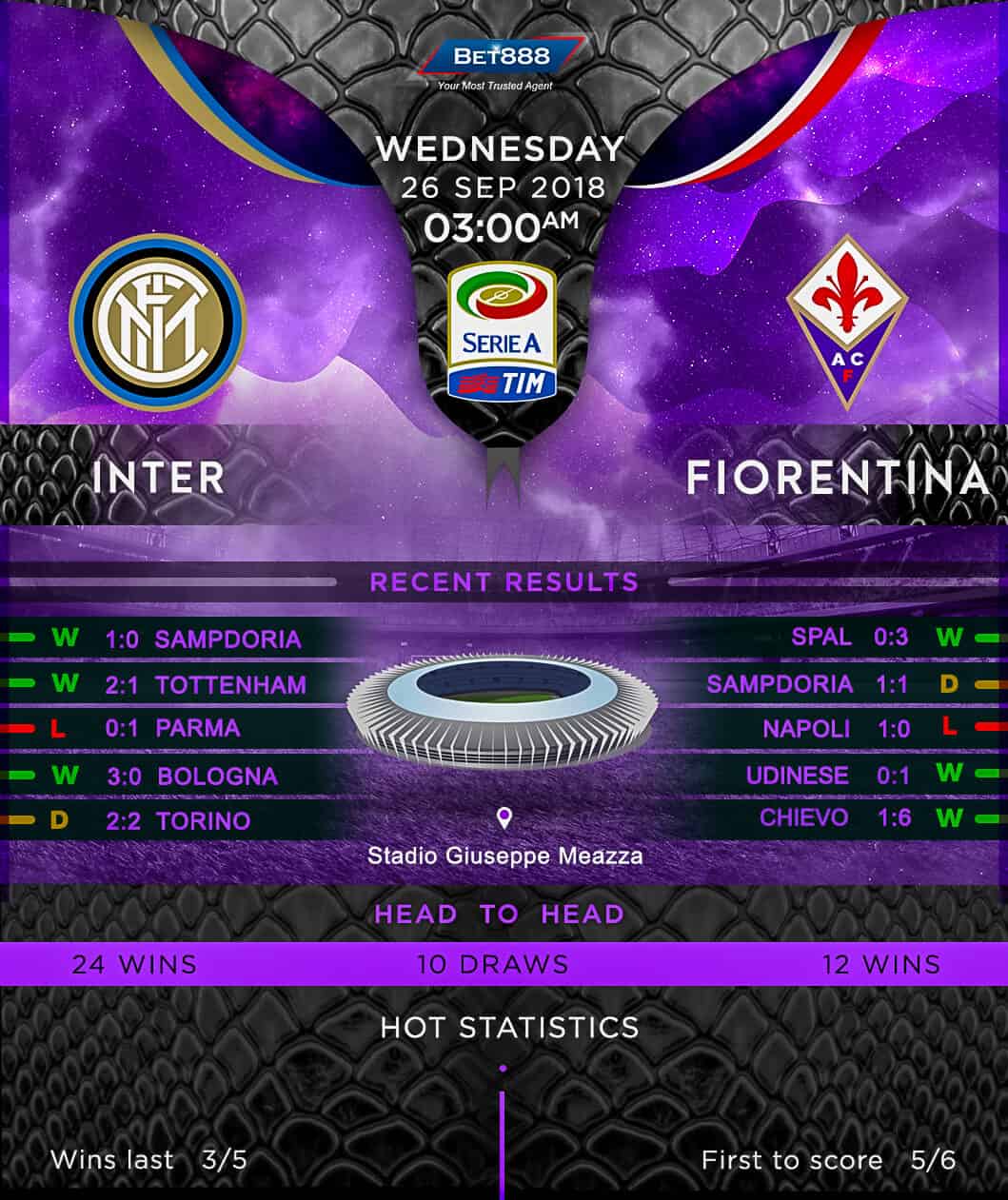