At the Laugardalsvöllur Stadium in Reykjavik, Iceland and Ghana will face off each other for the first time in their history. The 2016 EURO heroes have once again confirmed recognizable team spirit by securing their first ever World Cup appearance after finishing top of their respective qualifying group ahead of Croatia and Ukraine. However, the so-called Our Boys are going through a rough period considering they’ve lost three straight friendlies since March, allowing their opponents to score as much as nine goals in those three matches. On the other hand, the Black Stars won’t travel to Russia this summer following some unconvincing displays during the World Cup qualifiers which ultimately saw them finishing third in their respective group behind Egypt and Uganda. Although they are considered one of the top African teams, Ghana have failed to demonstrate their quality on the pitch until it was too late. Kwesi Appiah’s team prominently raised their game over the last ten months or so, losing just one out of the previous twelve matches. During the same period, Ghana achieved eight victories, but they’ve only played one game this year, against Japan, whom they’ve defeated by two goals to nil.

With the World Cup around the corner, Heimir Hallgrímsson doesn’t have much room for calculations if looking to enter the most prestigious international football competition high-headed. Two most notable Ghana players that returned to the squad that will play against Iceland are Mubarak Wakaso and Afriyie Acquah. 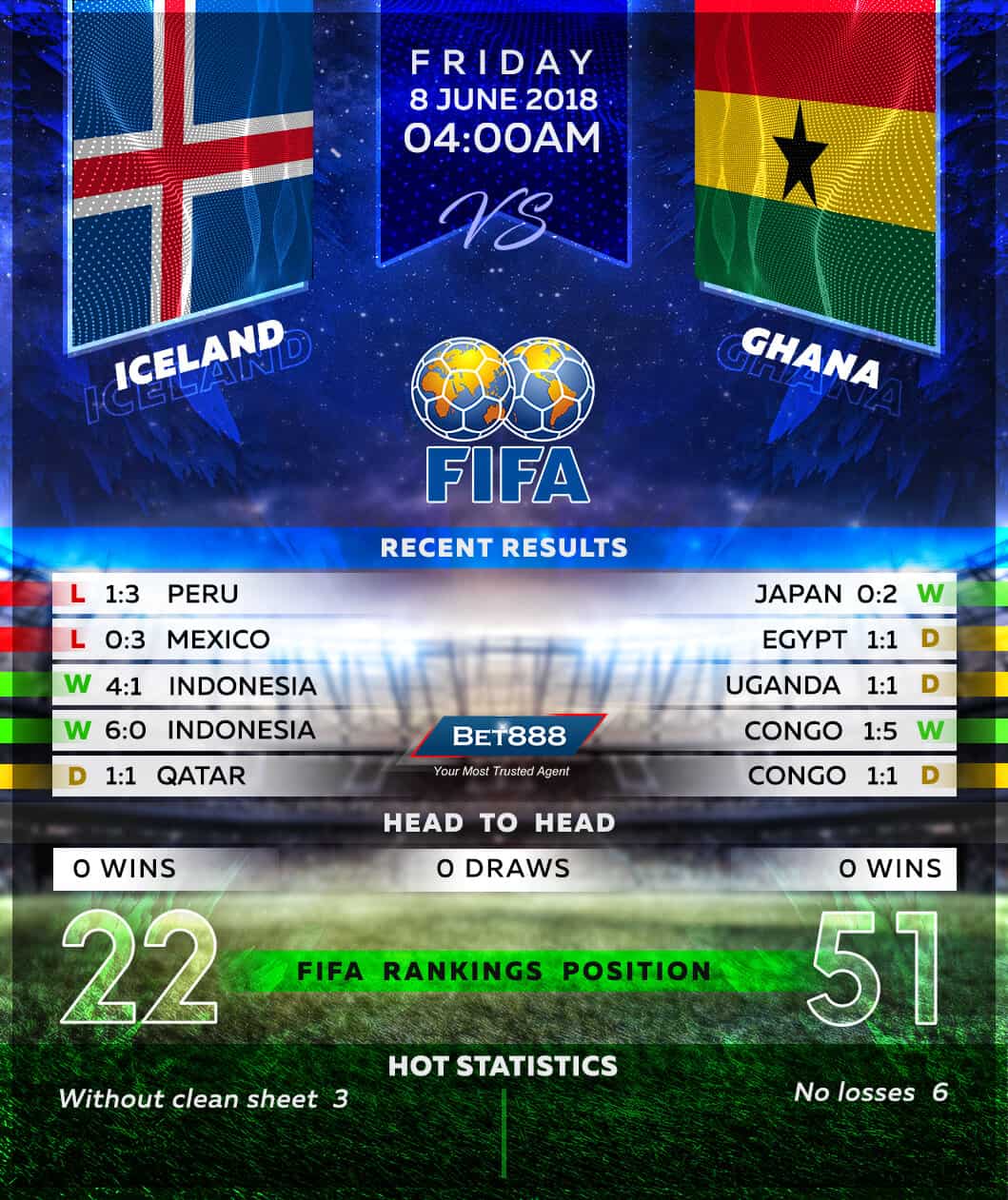