One of the most convincing teams of the final tournament so far, Croatia, will be facing off against Iceland at the Rostov Arena, looking for another positive outcome that will see them advancing to the knockout stage undefeated. The Blazers have demonstrated great team spirit and compactness against Nigeria, beating the African team by two goals to nil, but an astonishing 3-0 victory over Argentina has sent a message to the other contestants that they haven’t arrived in Russia only as travelers. Avoiding defeat against Iceland will carry Zlatko Dalic’s team to the round of 16 from the first place in Group D, which will allow them to avoid France in the first round of the knockout phase. On the other hand, Iceland that managed to remain undefeated against Argentina in their premier World Cup appearance lost to Nigeria by two goals to nil, thus significantly diminishing their chances of going past the group stage. Heimir Hallgrímsson’s players have to achieve a victory against Croatia by a two-goal margin, hoping Argentina will beat Nigeria by a narrow 1-0 score, in order to advance to the knockout stage.

All Iceland players are fit and ready for the big showdown, while Marcelo Brozovic and Nikola Kalinic won’t be able to feature for the former Yugoslavia nation. 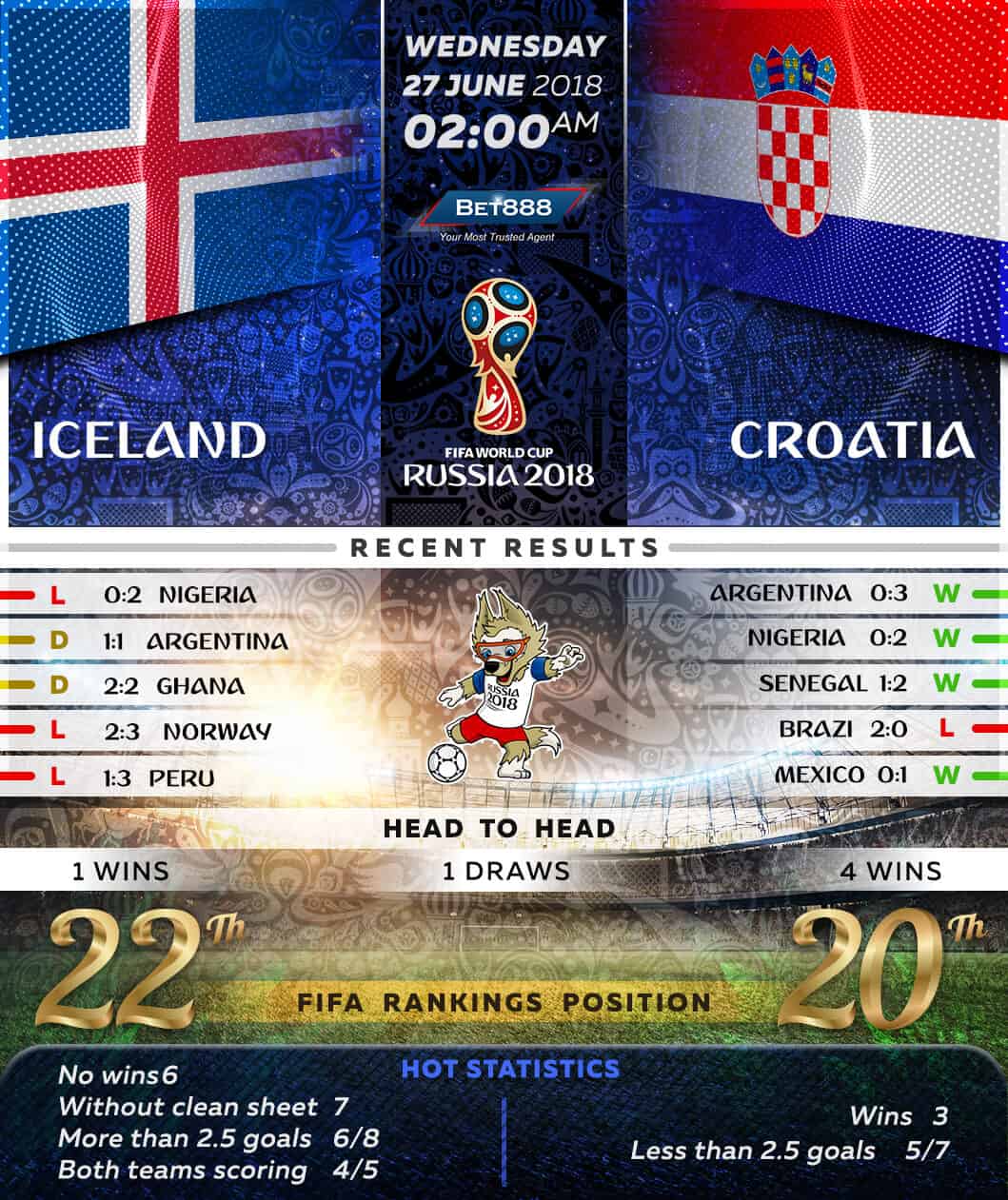