Preparing themselves for the UEFA Nations League opener against Iceland that shall take place at the Laugardalsvöllur in Reykjavík in the midweek, Belgium have demolished Scotland in a friendly match by four goals to nil back on Saturday, showing they’ve managed to maintain the World Cup form.

The encounter with De Rode Duivels will be Our Boys’ first game since they suffered elimination after the group stage in Russia, where they’ve lost two times while drawing once in the process. The new manager Erik Hamrén believes he is capable of pulling off a positive outcome against the favored Belgium side in his second match on the bench of the national team after replacing Heimir Hallgrímsson, who resigned following Iceland’s disastrous performance in the World Cup.However, the reasons for optimism are few following a devastating 6-0 defeat to Switzerland last weekend.

Meanwhile, Roberto Martínez continues to drive his team in the right direction, as the victory over Scotland became Belgium’s tenth triumph out of a total of twelve games they played in 2018, while their only loss arrived against France in the World Cup semi-finals. Furthermore, a 1-0 defeat to Les Bleus was the Red Devils’ only defeat in the last two years, which imply how difficult it will be for Iceland to get some points in this meeting.

Hamrén has opted for pretty much the same squad that played in Russia. As for the visitors, three Premier League stars withdrew from the national team, with Simon Mignolet, Marouane Fellaini, and Christian Benteke all returned to their respective clubs without any explanation. 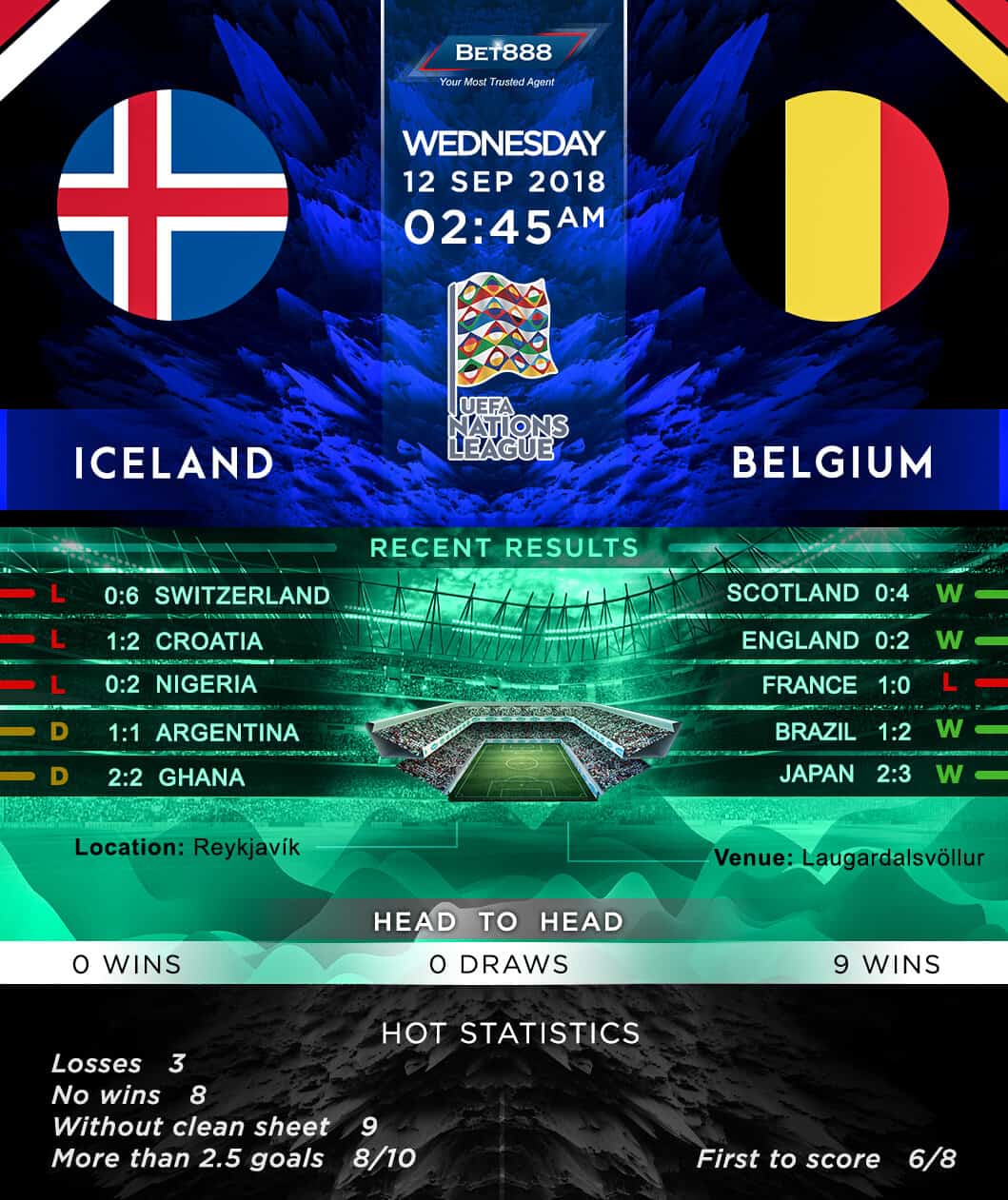