A disastrous start of the season for Huddersfield Town might get from bad to worse, with Tottenham Hotspur preparing to land at the Kirklees Stadium this weekend.

With a record of two draws and four defeats, the Terriers are currently nailed to the bottom of the table, with the worst goal difference in the Premier League. The West Yorkshire side are the worst attacking team in the league, as they’ve only scored three times in the opening six fixtures while conceding fourteen goals in the process. Additionally, David Wagner’s players are yet to notch a goal at home, failing to score against Chelsea, Cardiff City, and Crystal Palace.

On the other hand, the Spurs, who have started the season off on the right foot, wrapping up a maximum of nine points in the opening three Premier League encounters, lost the pace with Liverpool, Chelsea, and Manchester City after suffering two straight league losses. However, Mauricio Pochettino’s side will arrive in Huddersfield full of confidence following two promising triumphs; a 2-1 win over Brighton last weekend in the Premier League, and the Carabao Cup elimination of Watford after a thrilling penalty shoot-out.

Ramadan Sobhi will be the only missing player in the home team, while Hugo Lloris, Juan Foyth, and Vincent Janssen won’t be performing for the visitors. Still, Pochettino hopes to see the second-choice goalkeeper Michel Vorm back in action after picking up a minor knee injury. 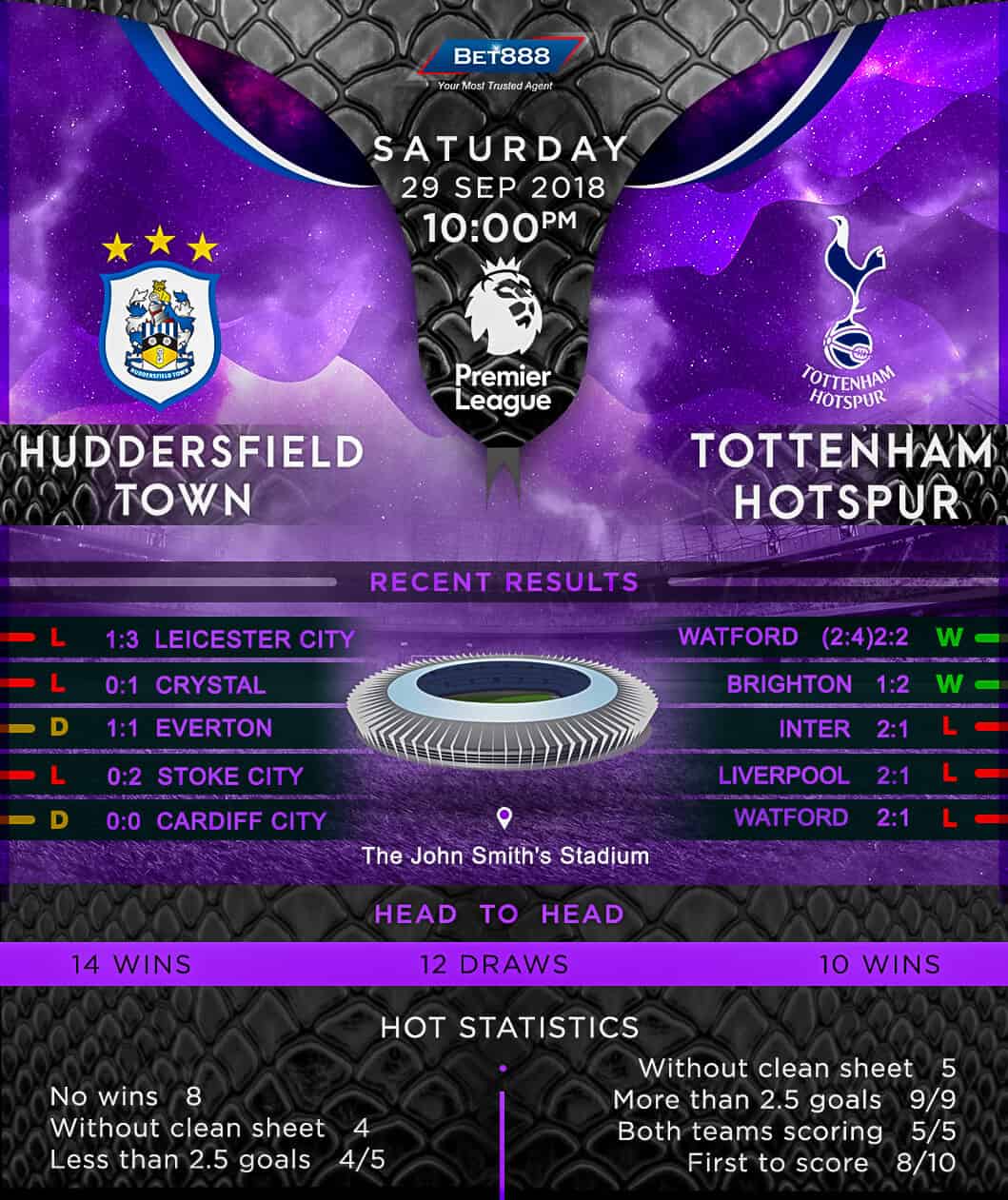