Huddersfield Town prepare to host Fulham at the Kirklees Stadium, as both sides struggling to find the way out of the relegation zone.

As one of two teams that are yet to secure a victory in the Premier League this year, the Terriers are nailed to the bottom of the table, having so far suffered seven defeats while being held to three draws in the process. With only four goals scored, David Wagner’s players are by far the most uninspiring attacking crew in the English top flight, as they’ve failed to score six times in the opening ten league meetings. Moreover, they are the only team in England that hasn’t found the back of the net in five home encounters. On the other hand, with just one clean sheet and 21 conceded goals, Huddersfield are one of the weakest defensive sides in the EPL along with their forthcoming opponents.

The visitors are not doing any better although they’ve wrapped up one triumph this season, having defeated Burnley at home by four goals to two. However, the Cottagers have lost past four Premier League matches, conceding 15 goals in the process. Moreover, the returnees have lost four out of five road meetings, having scored five goals while allowing fifteen, which is the worst defensive record in the English top flight. Not only the Lily Whites have conceded 28 goals so far, but they are also the only English team that have failed to keep a clean sheet after the opening ten fixtures. Slavisa Jokanovic’s players score an average of 1.10 goals per match, having bagged at least one goal on six occasions while failing to find the back of the net four times in the process. 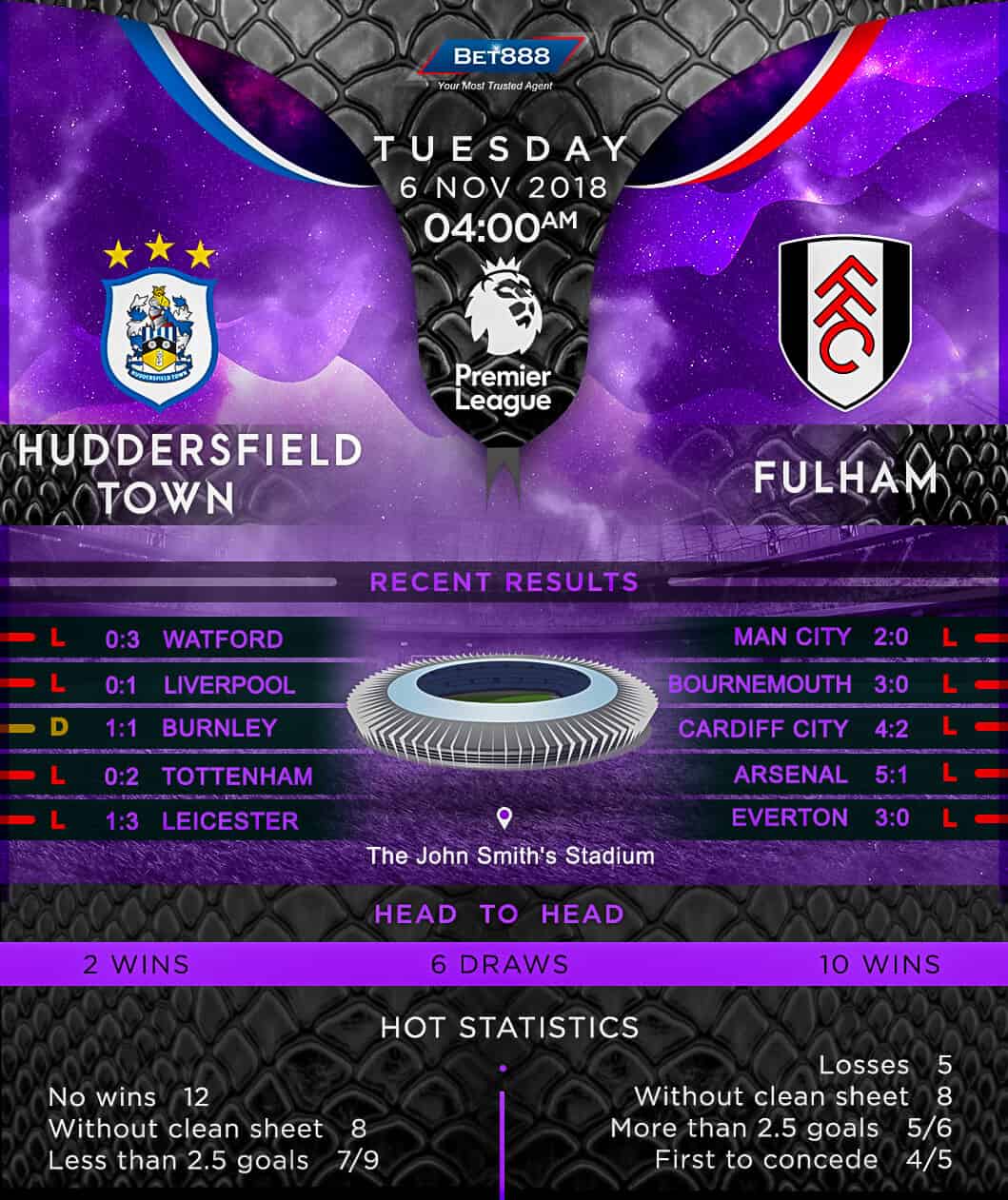