Hong Kong and Thailand are destined to face-off against each other in a friendly meeting that shall take place at the Mong Kok Stadium in Mong Kok, Kowloon, with the hosts hoping to end a 3-game losing streak.

The Dragons have finished third in their respective 2018 Asia Cup qualifying group with a 6-point deficit to second-placed North Korea following two straight losses in which they’ve failed to notch a goal. Gary White’s team only played one match in 2018, losing 2-0 to North Korea, while their last triumph dates back to October 2017 when they outscored Malaysia by two goals to nil. On the other hand, the encounter between Thailand and Hong Kong will be their first since 2015, when the Strength suffered a narrow 1-0 defeat.

In the meantime, The War Elephants have featured in three warm-up matches this year, losing 3-2 to Slovakia and 2-0 to China, while defeating Gabon after a penalty shoot-out at the Kings Cup friendly tournament held on their soil. Milovan Rajevac’s side last beat Kenya in an international friendly a year ago, which was their second successive win at the time following a 3-1 triumph over Myanmar.

The two abroad-based players have found their names on White’s list, as Festus Baise of Guizhou Hangfeng and Andrew Russell of Liaoning Whowin expected to start from the first minute. As for the visitors, SCG Muang Thong United forward Adisak Kraisorn has returned to the national team after recovering from a long-term injury. 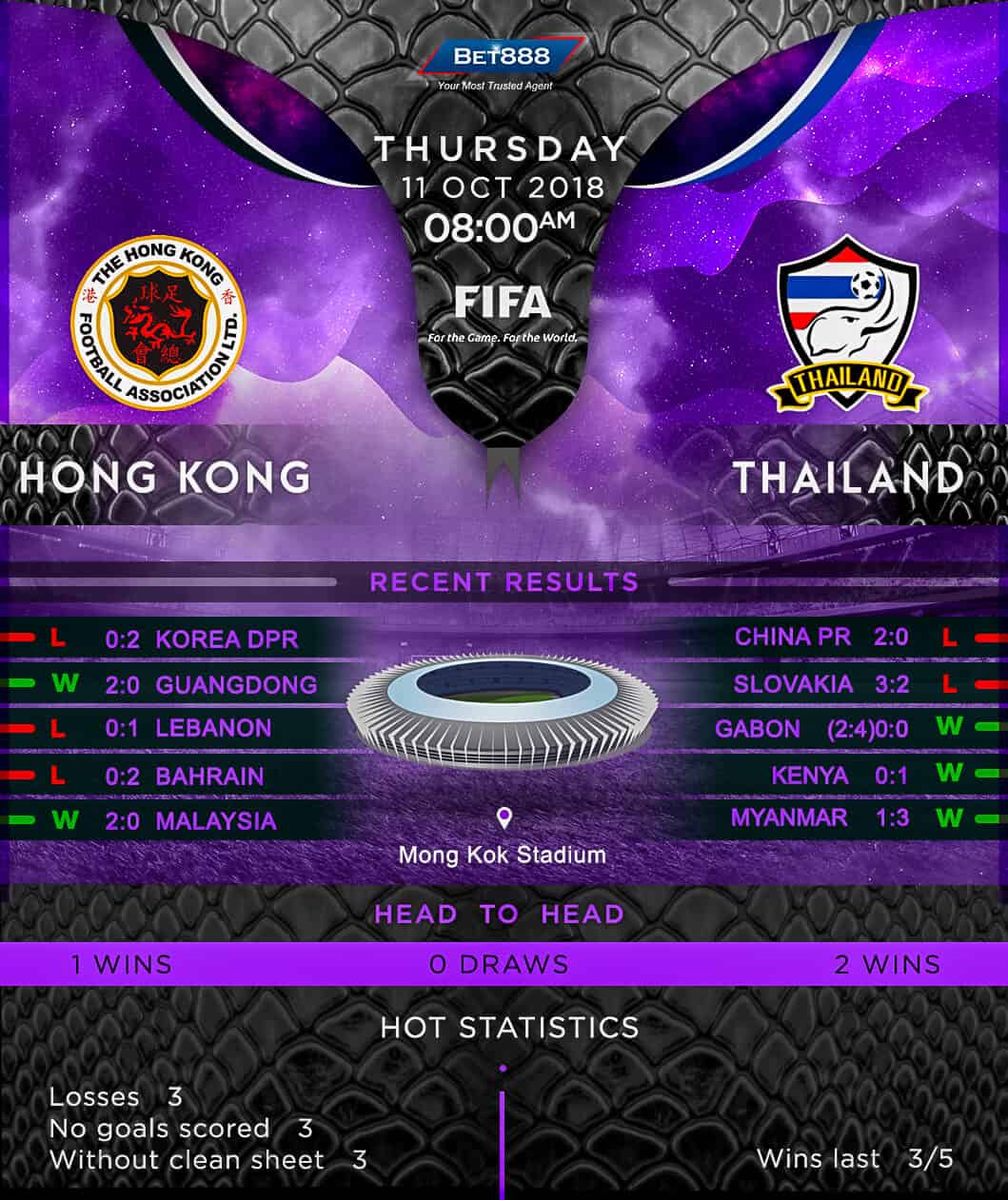