The first historic meeting between TSG Hoffenheim and Manchester City that will be taking place at the Wirsol Rhein-Neckar Arena will see the hosts searching for the first Champions League victory in their premier appearance.

Die Kraichgauer have split the points with the Ukranian champions Shakhtar Donetsk on the opening matchday, despite having a goal lead after the half-time break. Meanwhile, in the Bundesliga, Julian Nagelsmann’s side have played out a 1-1 draw with Borussia Dortmund, while defeating Hannover 96 by three goals to one in the process. However, the Germans will enter the encounter slightly frustrated following a 2-1 loss to RB Leipzig last weekend.

On the other hand, the Citizens have opened the Champions League campaign with a shock 2-1 defeat to Olympique Lyonnais at the Etihad Stadium despite being huge favorites, as Pep Guardiola looks to get back on the bench after serving a one-match ban. The Premier League holders have managed to live up to expectations in the league, recording six wins out of seven games, including the one against Brighton & Hove Albion last weekend. Still, City’s prime goal for this season is to lift the Champions League trophy, which is why they will arrive in Germany chasing all three points.

Dennis Geiger, Nadiem Amiri, Benjamini Hubner, and Lukas Rupp are the players that won’t be at Nagelsmann’s disposal for the big showdown, as all are struggling with injuries. As for the visitors, Claudio Bravo, Eliaquim Mangala, Benjamin Mendy, and Kevin De Bruyne are expected to stay in England and proceed with a recovery process. 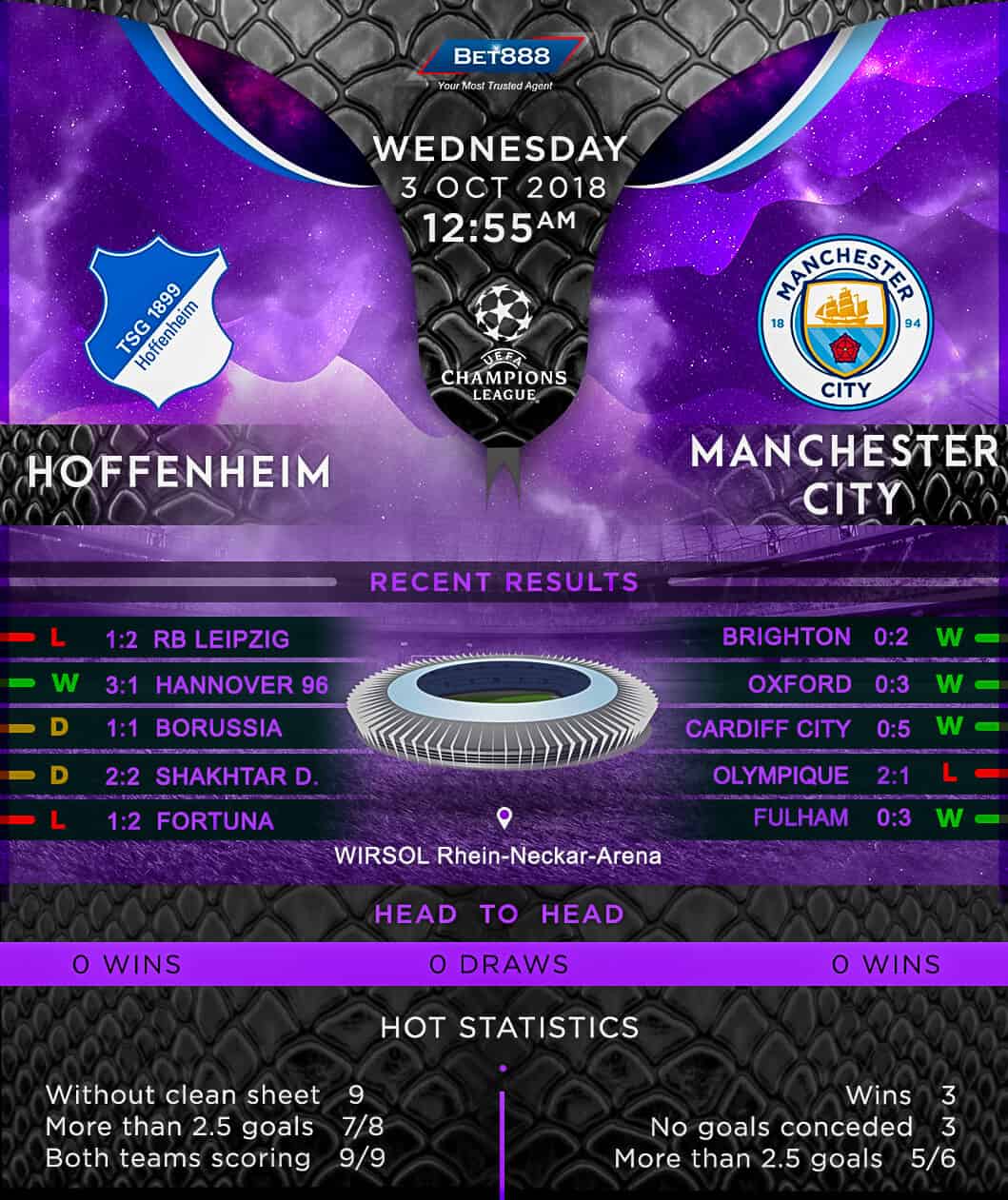