Hoffenheim’s trip to Stuttgart last weekend has gone in the worst possible manner, as the Die Kraichgauer got beaten by two goals to nil, thus diminishing their chances of securing the Champions League promotion spot. A match against Borussia Dortmund at the Rhein-Neckar-Arena could be crucial in Julian Nagelsmann’s team race with Bayer Leverkusen and RB Leipzig, especially because the Company XI are set to host Hannover, in a game where they are considered huge favorites. After showing great compactness and team spirit throughout the season, Hoffenheim are presented with a unique opportunity of featuring the most prominent club competition on the Old Continent, and there’s no doubt they will be extremely motivated against the Black and Yellows searching for a victory that will bring them one step closer to their ultimate goal. Peter Stöger’s side are going through a rough period, particularly on the road, as they’ve lost two out of their last four matches away from Signal Iduna Park, drawing two times in the process. On the other hand, Hoffenheim have four consecutive victories at home, but they’ve failed to beat Dortmund in front of the home fans five times in a row, and Nagelsmann is desperate to end that streak this weekend.

Both sides are going to through an injury crisis, as Dennis Geiger, Stefan Posch, Benjamin Hübner, Kerem Demirbay, Serge Gnabry, and Lukas Rupp are all set to skip the encounter for the hosts, while Ömer Toprak, Dan-Axel Zagadou, Michy Batshuayi, Sebastian Rode, and Erik Durm won’t be available for the visitors. Sokratis is also going to miss the game due to a red card suspension. 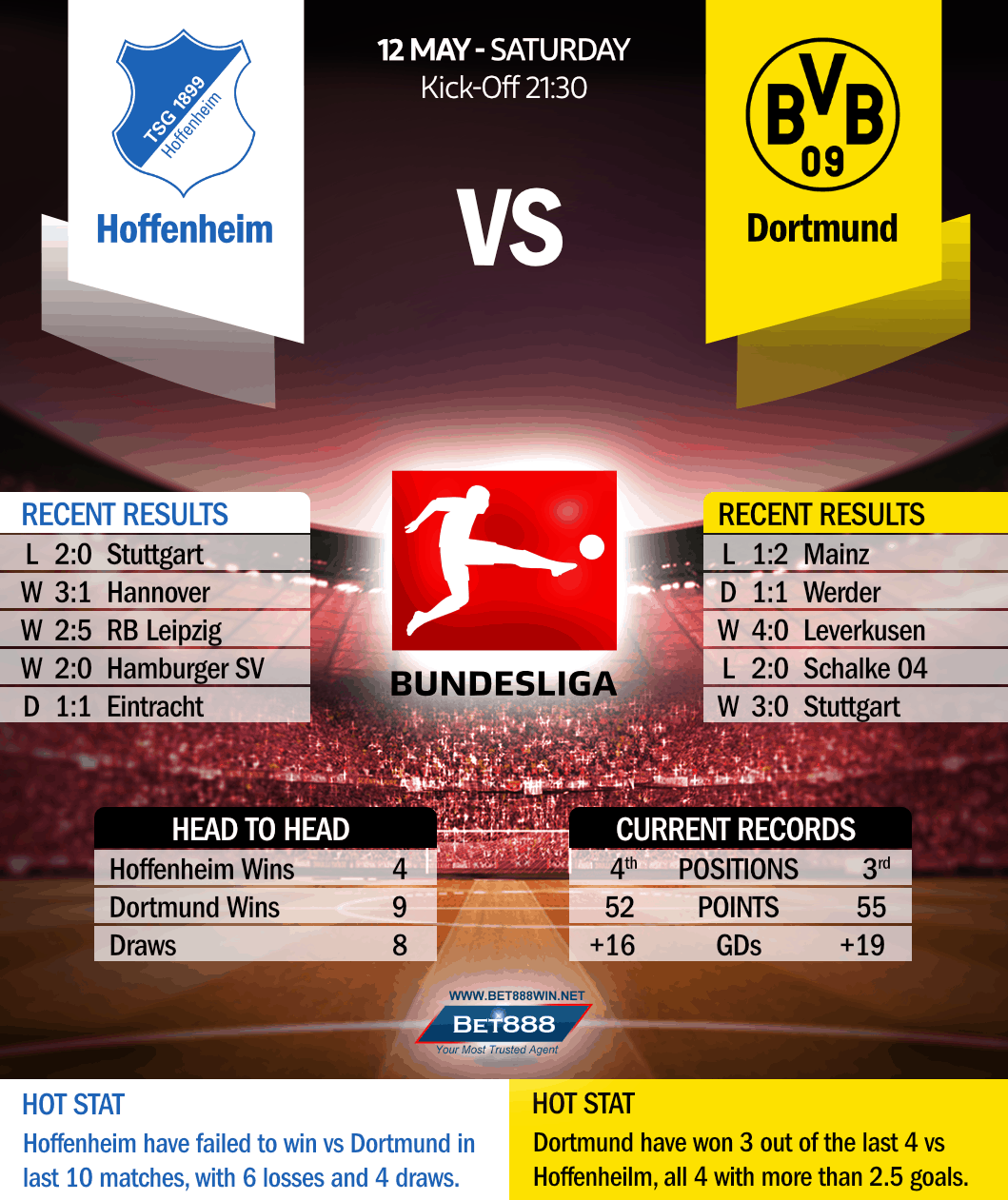