Perennial Bundesliga champions Bayern Munich take a trip to the Olympiastadion to face off against out-of-sorts Hertha BSC in the penultimate league game ahead of the World Cup break.

October was far from impressive for Hertha in the Bundesliga (W1, D2, L2), leaving them firmly in the division’s lower reaches, only two points clear of the dreaded relegation playout spot. Sandro Schwarz’s men have clocked up a measly two wins across the opening 12 Bundesliga rounds (D5, L5), suggesting another scary season could be on the cards. On the bright side, ‘Die Alte Dame’ claimed a 2-1 win over promoted Schalke 04 in their most recent home league outing, ending a poor five-game winless Bundesliga start at the Olympiastadion (D4, L1). Though they’ve yet to keep a clean sheet at home in the 2022/23 top-flight season, Hertha can at least find some comfort in scoring precisely twice in three of their last four such fixtures.

In the meantime, Bayern Munich made history in midweek Champions League action, beating Inter Milan 2-0 at home to become the first side to boast a 100% win ratio in three separate group-stage campaigns! Julian Nagelsmann’s men head into proceedings in the midst of a purple patch, having gone unbeaten in ten competitive matches (W9, D1) since a 1-0 loss at Augsburg in mid-September. The ‘Bavarians’ have won their last three Bundesliga games by an aggregate score of 13-2, netting 2+ first-half goals on each occasion. But before a 2-0 beating of TSG Hoffenheim on their most recent league travel, Bayern had failed to win any of their three previous top-flight fixtures on the road (D2, L1). Despite lamenting a sub-par Bundesliga away record this term (W3, D2, L1), the visitors have averaged three goals per match! 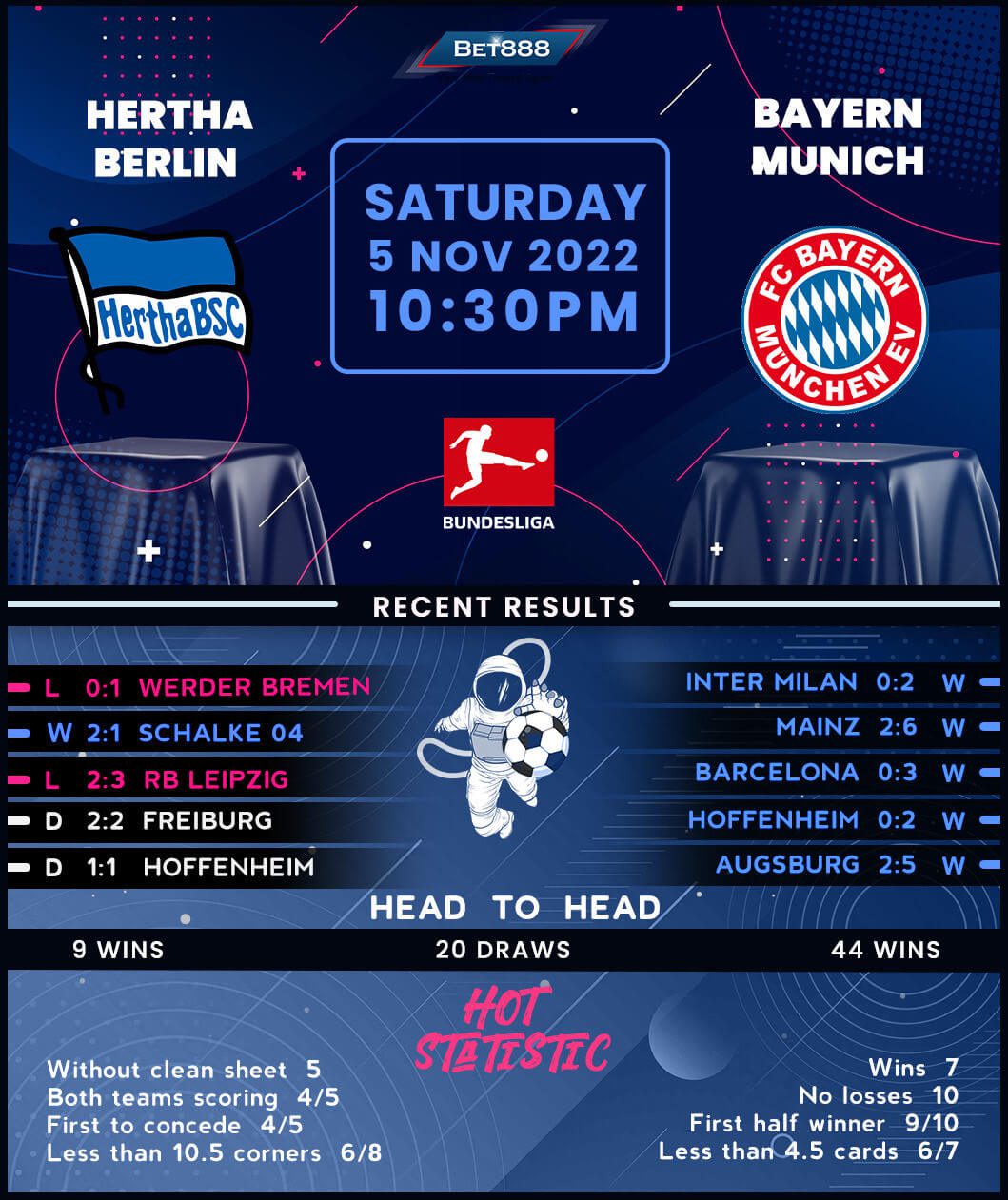