Hertha BSC headed into an extended mid-season break on the back of a 2-0 Bundesliga home win over Cologne, yet they’ve resumed top-flight action with a dismal 3-1 defeat at Bochum last time out. Sitting one point below safety, ‘Die Alte Dame’ face another season-long fight against the drop, with a woeful run of four losses in five Bundesliga matches (W1) supporting this claim. Adding to this sentiment, Hertha’s disastrous haul of 14 points from 16 league games stands as their worst at this stage of a Bundesliga campaign since their fateful 2009/10 relegation season. On a more positive note, except for a 3-2 defeat to record-time champions Bayern Munich, Sandro Schwarz’s men have gone unbeaten in five of their last six home league fixtures (W2, D3).

As for Wolfsburg, they humiliated fellow top-four Bundesliga hopefuls Freiburg 6-0 upon the Bundesliga resumption last weekend, extending their impressive winning league streak to five matches, their longest such run in the top flight since 2014. By extension, ‘Die Wolfe’ haven’t lost any of their last nine Bundesliga games (W6, D3), moving within a mere four points off fourth-placed Freiburg in the process. Niko Kovac’s men are firing on all cylinders, having netted 2+ goals in their last seven Bundesliga outings, and could equal the club’s record should they pull off that feat against Hertha. There’s more reason for optimism in the traveling camp, as Wolfsburg have only lost one of their ten previous top-flight H2Hs against Hertha (W5, D4). 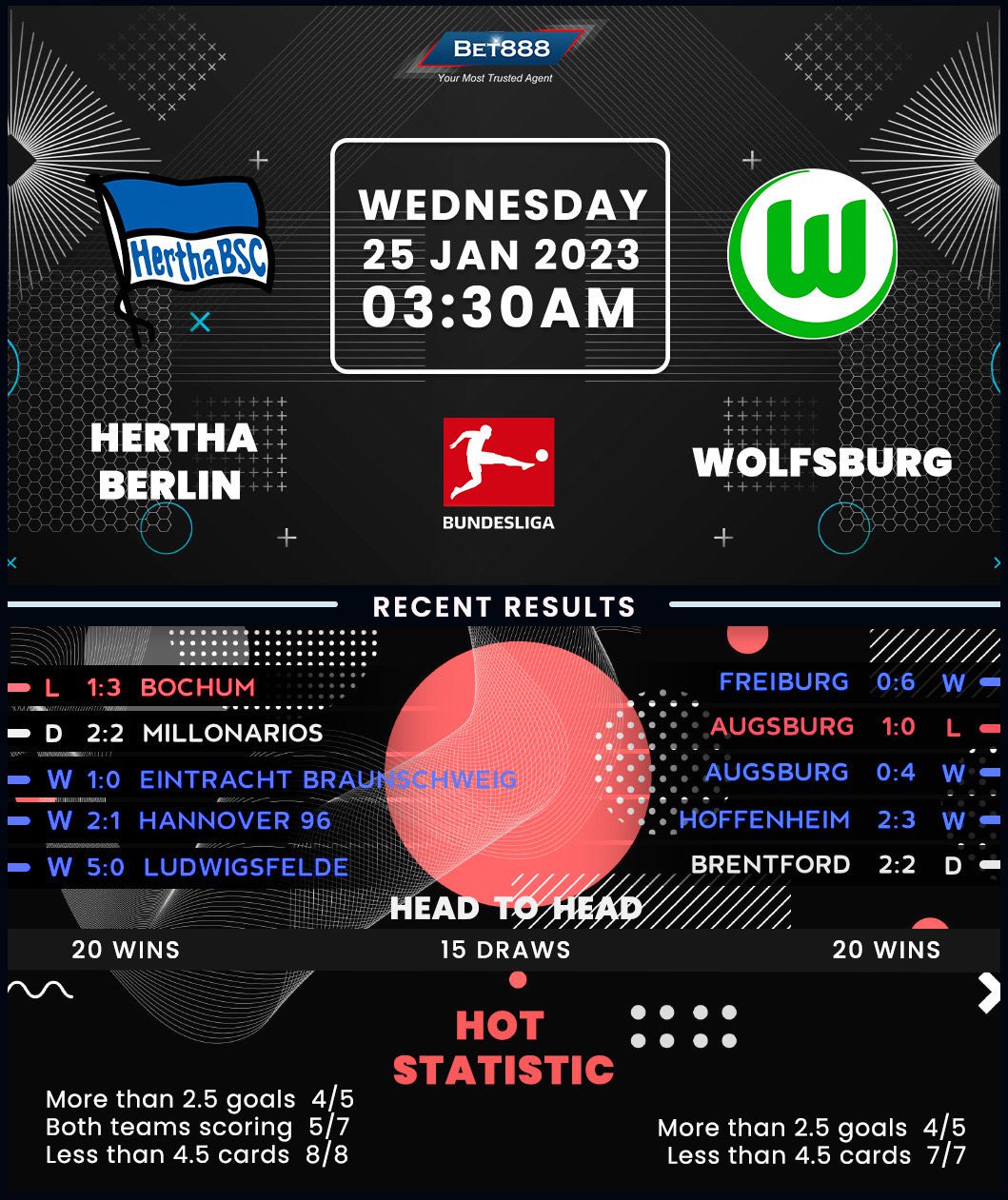