An underwhelming 2-0 defeat away to newly-promoted Monza at the weekend saw 10-man Hellas Verona set an unwanted piece of club history by losing their eighth consecutive Serie A match for the first time in history. Nailed to the bottom of the standings, Salvatore Bocchetti’s men come into proceedings as the league’s worst defence with 26 goals conceded, while they’ve yet to keep a clean sheet this term. Perhaps the only positive in an otherwise nightmarish season is that Verona’s solitary top-flight success in 2022/23 came at home, courtesy of a 2-1 beating of fellow relegation candidates Sampdoria. But ‘I Gialloblu’ have since found themselves on the wrong side of a 2-1 scoreline in four of their last six league outings, highlighting their defensive insecurity.

In the meantime, Juventus claimed a morale-boosting 2-0 Derby d’Italia win over Inter Milan at the weekend, registering their fourth Serie A triumph ‘to nil’ in a row. The visitors’ mini-revival following a dreadful league start has alleviated some pressure on Massimiliano Allegri, but there’s no time to celebrate, with fourth-placed Atalanta still two points off. Juventus have found their recent travels to Bentegodi unattainable, picking up just one win across their last five top-flight away H2Hs against Verona (D2, L2). That’s another reason ‘I Bianconeri’ cannot let complacency get the better of them, especially after a poor three-point haul in the Champions League condemned them to a first group-stage elimination since 2013/14. Defensive resilience has been a key component of Juve’s top-four charge in the young Serie A season, with no side conceding fewer goals than Allegri’s men (7) thus far. 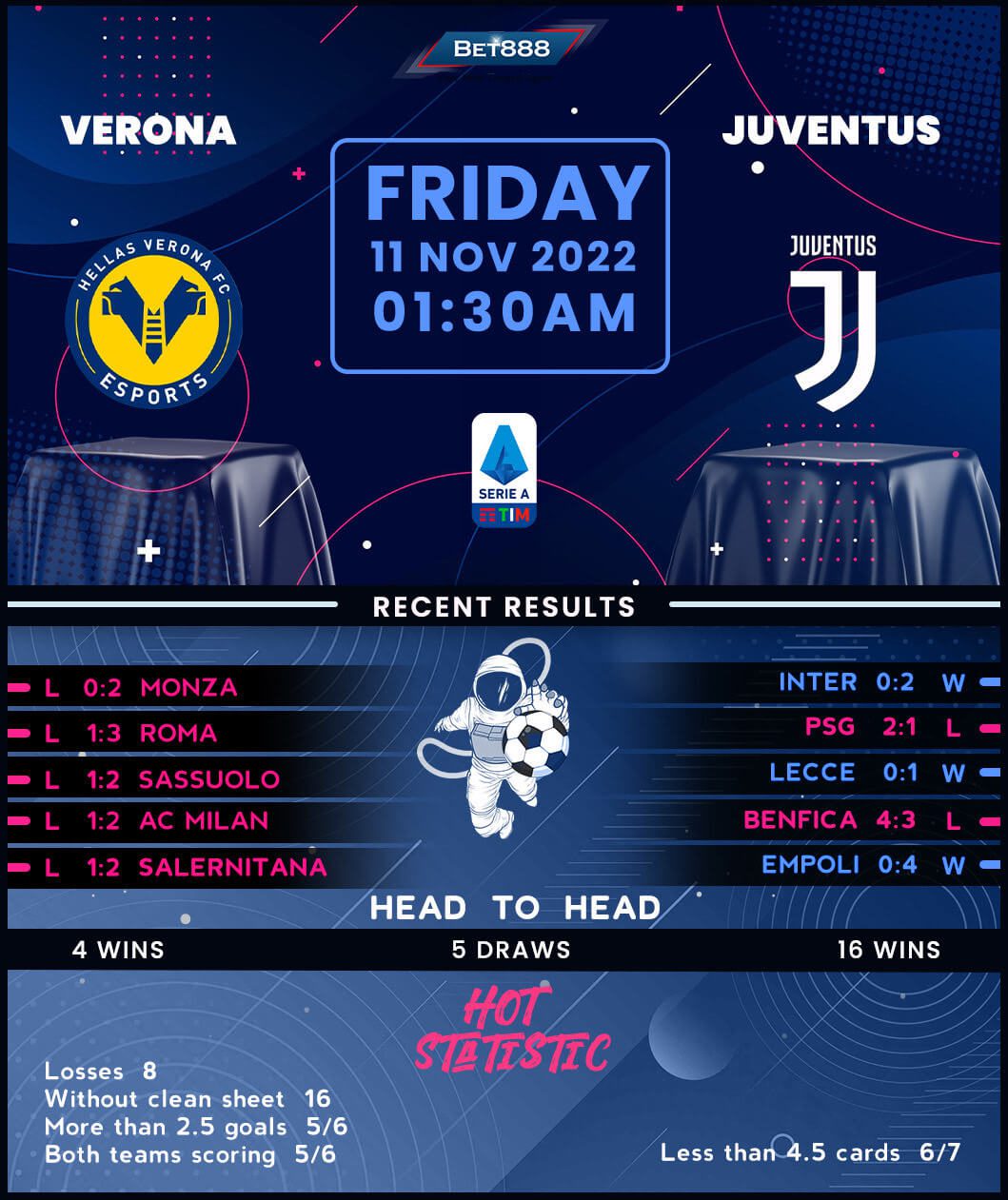