After demolishing the lower league side Karlsruher in the preliminary round of the DFB Pokal, Hannover 96 will host Wolfsburg at the HDI-Arena in the round of 32.

The Reds are going through a tough period in the Bundesliga, as they currently reside in a danger zone with only six points after the opening nine fixtures. With 18 goals conceded so far, Andre Breitenreiter’s team have the fourth-worst defensive record in German top flight, having kept a clean sheet just once so far. On the other hand, Hannover notched at least one goal in three out of four home matches this season although they’ve only scored one brace in the process. A 75% of Hannover’s home games ended with three or more goals, 67% overall, which puts them on a pair with Bayern Munich and Bayer Leverkusen for instance.

Meanwhile, the Wolves have barely managed to eliminate the lower league outfit Elversberg in the previous round, before clinching two straight Bundesliga triumphs in the opening two matches. However, Bruno Labbadia’s players have struggled to maintain consistency in the following period, having failed to secure a victory in six consecutive games, losing three times in the process. However, Wolfsburg will enter the encounter full of confidence after a stunning 3-0 win over Fortuna Dusseldorf on the road last weekend. Moreover, apart from a 2-0 defeat to Werder Bremen, the 2009 Bundesliga champions have wrapped up seven points in the remaining three away meetings, having kept a clean sheet twice. 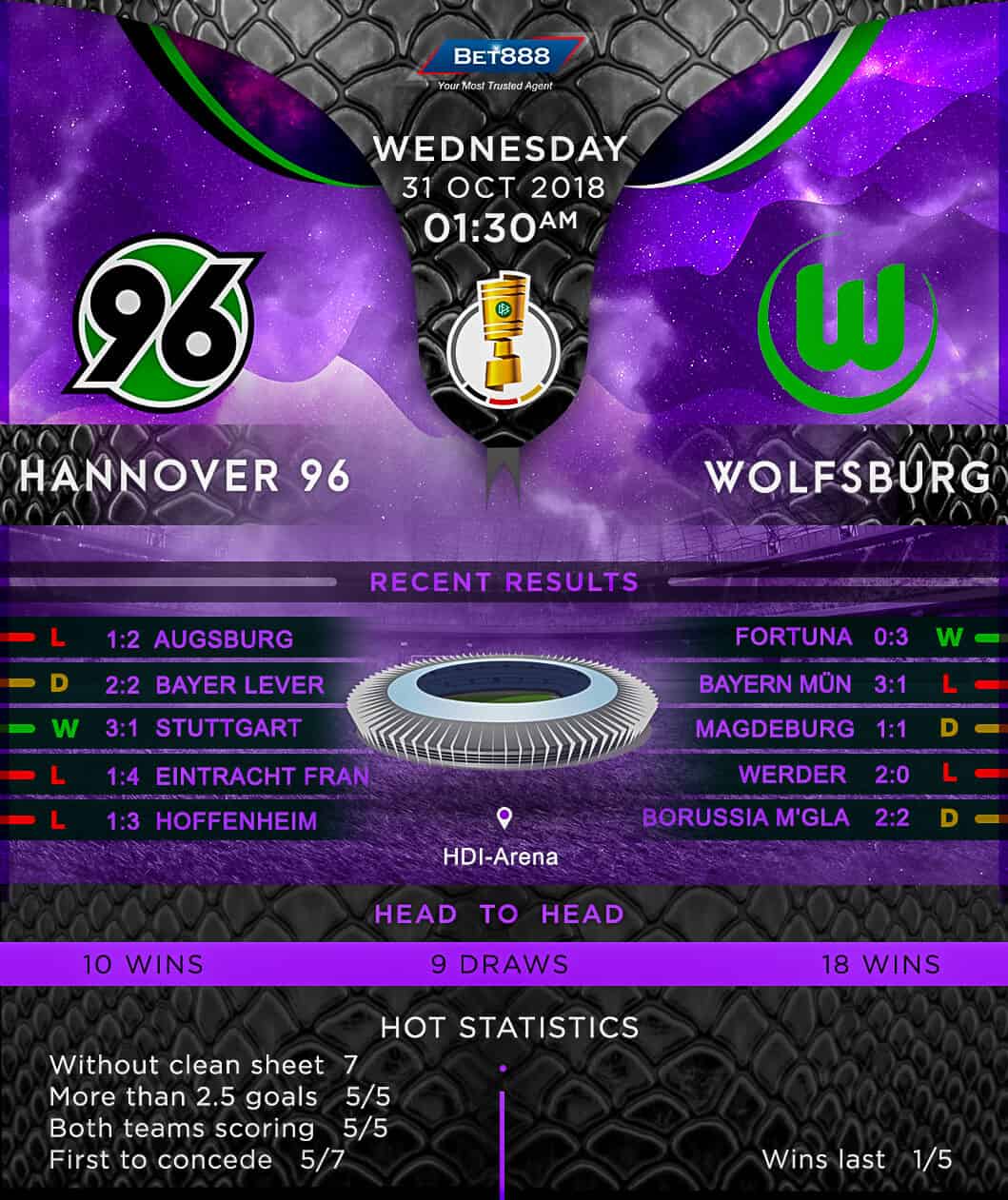