Hannover 96 will host Wolfsburg at the HDI-Arena, hoping to end a 3-game lossless streak across all competitions.

With a record of one win, three draws, and six defeats, the Red currently reside in the danger zone with a 4-point deficit to Nurnberg. Hannover have failed to keep a clean sheet in three consecutive home matches, having lost two while drawing once in the process. Moreover, apart from a scoreless draw to Borussia Dortmund, André Breitenreiter’s players have conceded at least one goal in the remaining nine Bundesliga fixtures. With 21 goals allowed, Die Roten have the 4th-worst defensive record in the German top flight. A 70% of Hannover’s league encounters have ended with three or more goals, which put their games among the most efficient ones.

As for the visitors, they are currently tied for 11th place, with a record of three wins, three draws, and four defeats. All three Wolfburg’s failures arrived in the previous four matches, as the Wolves lost to Werder Bremen, Bayern Munich, and Borussia Dortmund. Bruno Labbadia’s players have kept a clean sheet twice this season, both times away from home while failing to score once on the road. Just like Hannover, a 70% of Wolfsburg’s league clashes have produced more than two goals, with the 2008-2009 Bundesliga champions finding the back of the net on seven occasions so far. The Wolves score an average of 1.40 goals per match, having managed to notch a brace five times this year. 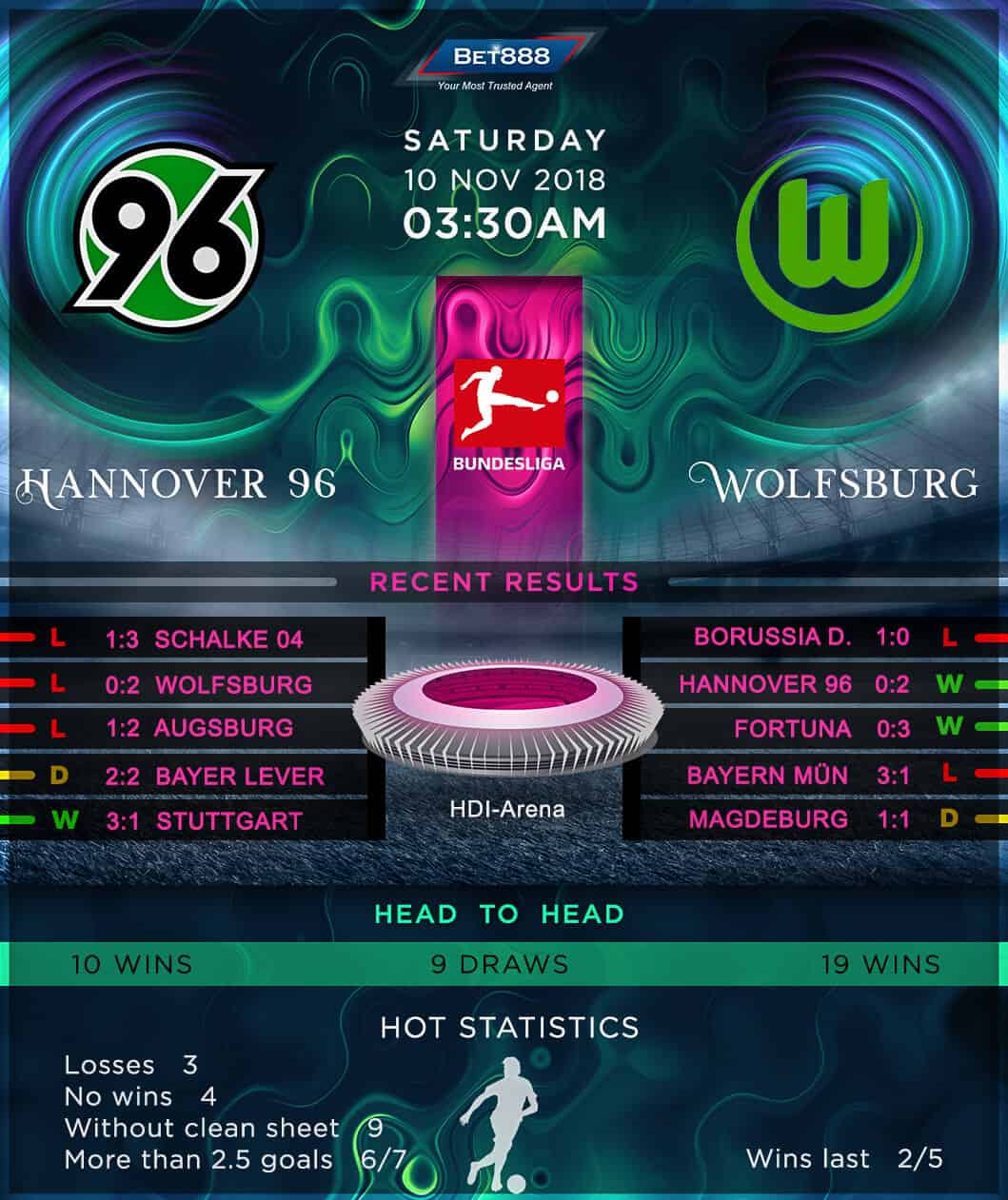