Bundesliga title hopefuls Borussia Dortmund make the journey to the Heinz-von-Heiden-Arena to take on Bundesliga 2. outfit Hannover 96 in an exciting DFB-Pokal second-round tie.

Hannover eased past lower-league Schott Mainz 3-0 in the opening DFB-Pokal round, but ousting Dortmund won’t be a simple task. Indeed, they are winless in their last three meetings with this opposition (D1, L2), failing to get on the scoresheet twice in that span. Yet ‘Die Roten’ can draw inspiration from a 2-0 home triumph over Arminia Bielefeld at the weekend that helped them arrest a two-game losing league streak. However, Hannover’s see-saw three-match home form (W1, D1, L1) cannot inspire much confidence in Stefan Leitl’s corner, and neither can a run of three defeats from their last five home H2Hs against Dortmund (W1, D1).

On the other hand, Borussia Dortmund’s hopes of ending Bayern Munich’s decade-long reign in the Bundesliga took a huge blow at the weekend as they lost to league-leaders Union Berlin 2-0 on the road. Despite steamrolling past Munich 1860 in the previous DFB-Pokal round (3-0), Dortmund’s underwhelming away form casts doubt on their bid to progress from this tie. ‘Die Borussen’ have suffered four defeats across their last five competitive road trips (W1), conceding 2+ goals in each loss. It’s also worth noting that Edin Terzic’s men have netted under 1.5 goals in four of their six previous away games across all competitions, highlighting their glaring issues outside Signal Iduna Park. But with three of their last four away matches seeing over 2.5 goals and both teams on the scoresheet, a high-scoring theme could be the order of the day. 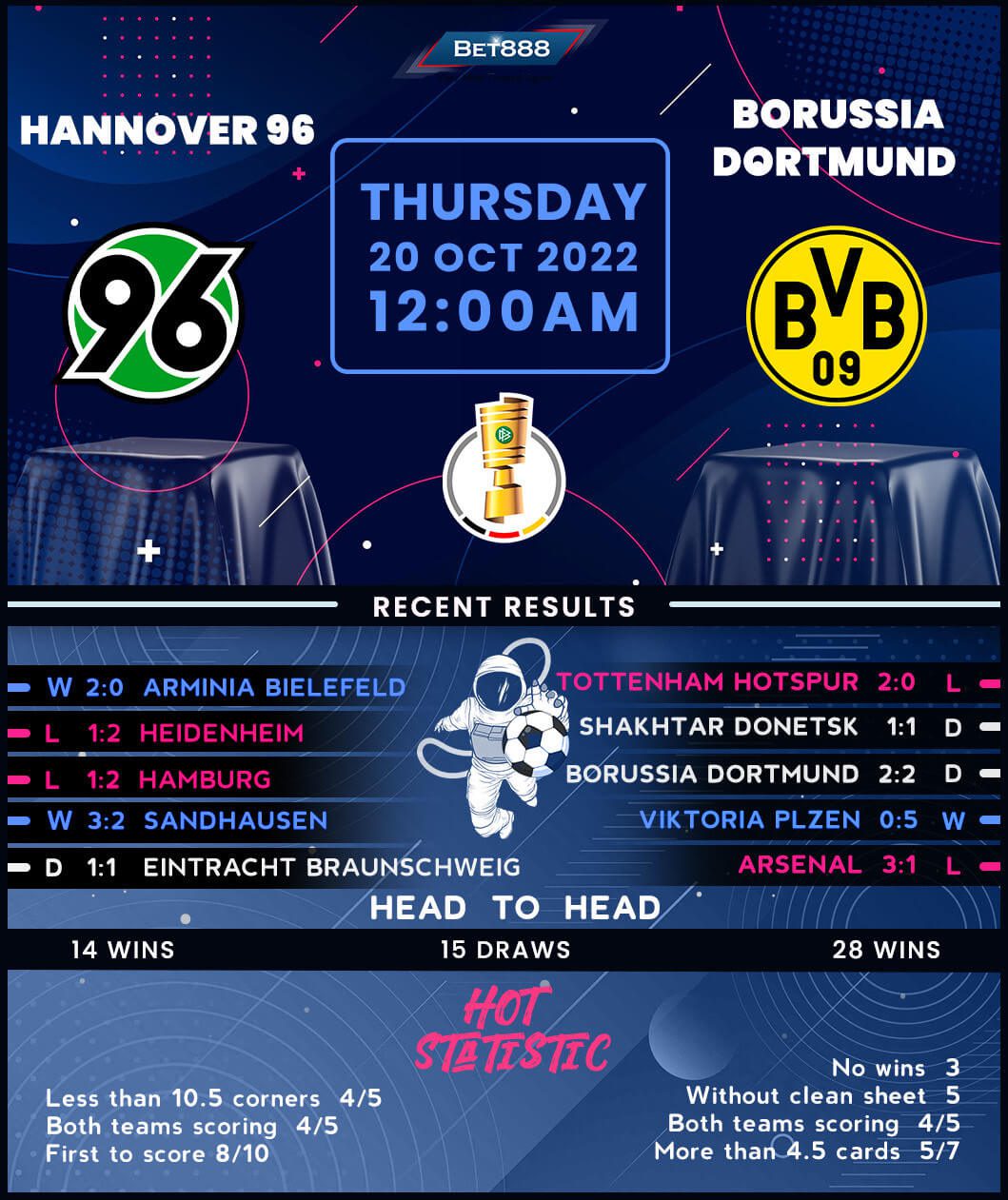