Hannover 96 and Bayern Munich will face-off at the HDI-Arena, as the visitors look to extend a five-game lossless streak across all competitions.

Winless in their last three Bundesliga clashes (D1, L2), the Reds are rooted deep inside the relegation zone, as one of three teams that have managed two wins after the opening 14 league fixtures. Only Fortuna Dusseldorf and Stuttgart (9) suffered more losses than Hannover (8) this term, with André Breitenreiter’s players losing three out of their last five games at home. Although they’ve achieved both of their league wins at home, the hosts have failed to keep a clean sheet at the HDI-Arena since being held to a scoreless draw to Borussia Dortmund in their first home game this campaign. Furthermore, Breitenreiter’s men have conceded a minimum of two goals per match in four out of their last six home games while managing a brace twice in the run.

As for the visitors, they are still struggling to find the right balance. Before midweek’s 3-3 draw with Ajax in the Champions League, the Bavarians have secured three consecutive wins across all competitions but have kept a clean sheet just once in the process. Although they are unbeaten in their last five encounters on multiple fronts, Niko Kovac’s have conceded exactly three goals per match three times in their previous six competitive games. What’s more, the reigning holders have failed to keep a clean sheet in five straight road league matches although allowing more than one goal per match just once this campaign. Bayern’s main problem in the Bundesliga this season concerns their uninspiring home displays, but the Bavarians have wrapped up five wins on seven road trips, which is the joint-best record in the German top flight. 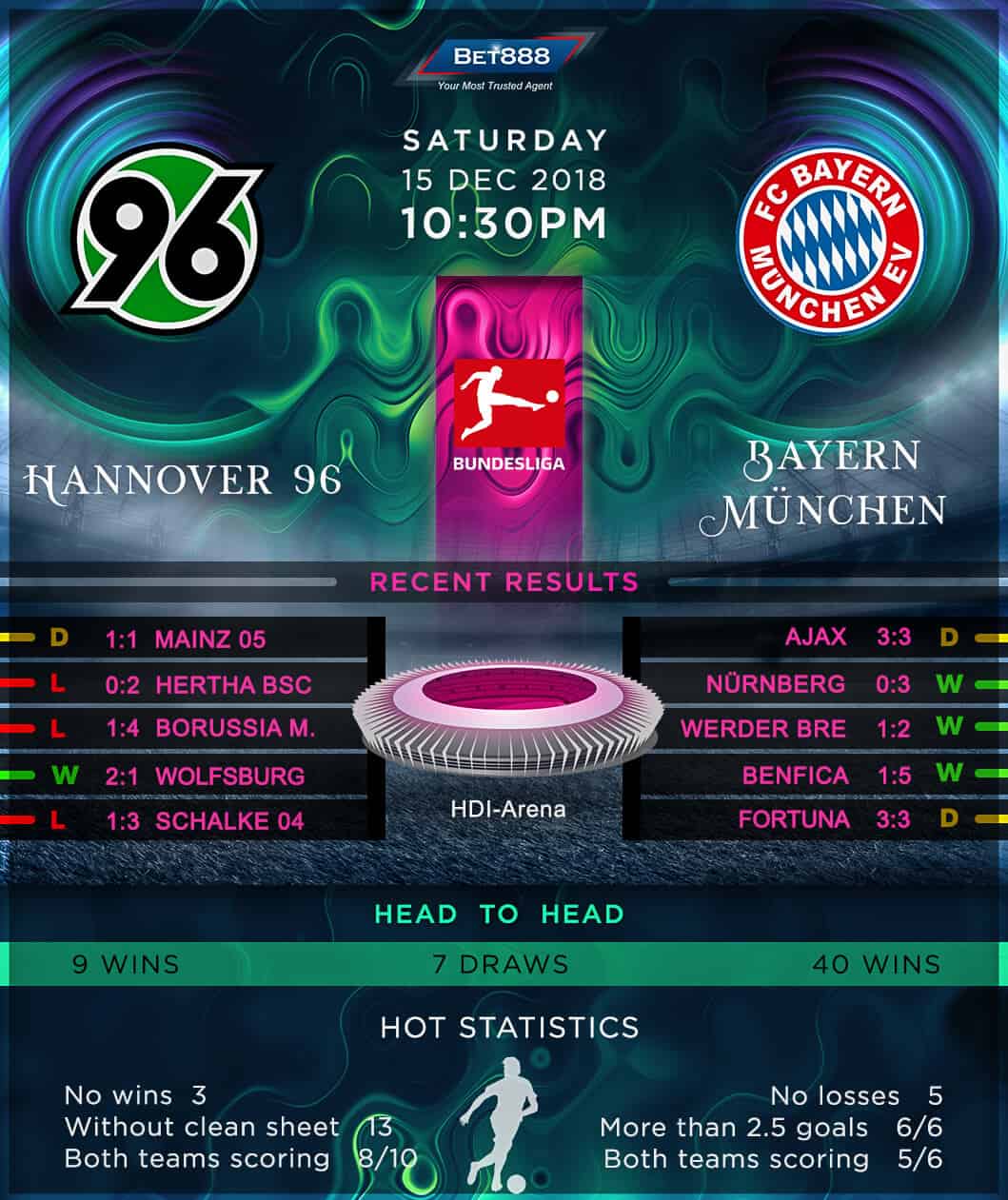