Greece will host Estonia at the Olympic Stadium of Athens “Spiros Louis” in Athens, looking to clinch their fourth triumph in the UEFA Nations League Group C/2.

With a record of three wins and two defeats, the Sky blue-white trail Finland by three points and have no chance of overtaking the first place regardless of the outcomes in the final fixture. Although the Euro 2004 champions started their Nations League journey with a scrappy 1-0 victory over Estonia on the road, they’ve lost other two away meetings to Hungary and Finland, having allowed four goals in the process. However, Angelos Anastasiadis’ players have shown they know how to play in front of the home supporters, as they’ve beaten both Nemzeti Tizenegy and Huuhkajat without conceding a goal. All four successes Greece achieved in the past ten matches saw them outplaying their rivals by a narrow 1-goal margin. On the other hand, whenever they’ve conceded a goal during that period, they’ve failed to avoid defeat.

As for the visitors, with a record of one draw and four losses, they reside in the bottom of the table as the only team in their respective group without a victory. The Blueshirts have lost both road encounters to Finland and Hungary, having failed to find the back of the net in the process. Moreover, apart from a 3-3 draw with Nemzeti Tizenegy, Martin Reim’s players have missed out to score a goal in the remaining three competitive games, while they are yet to keep a clean sheet. Estonia go through a difficult period, considering they’ve lost six out of the previous seven matches, with their last win dating back to the late May, when they outplayed Lithuania. 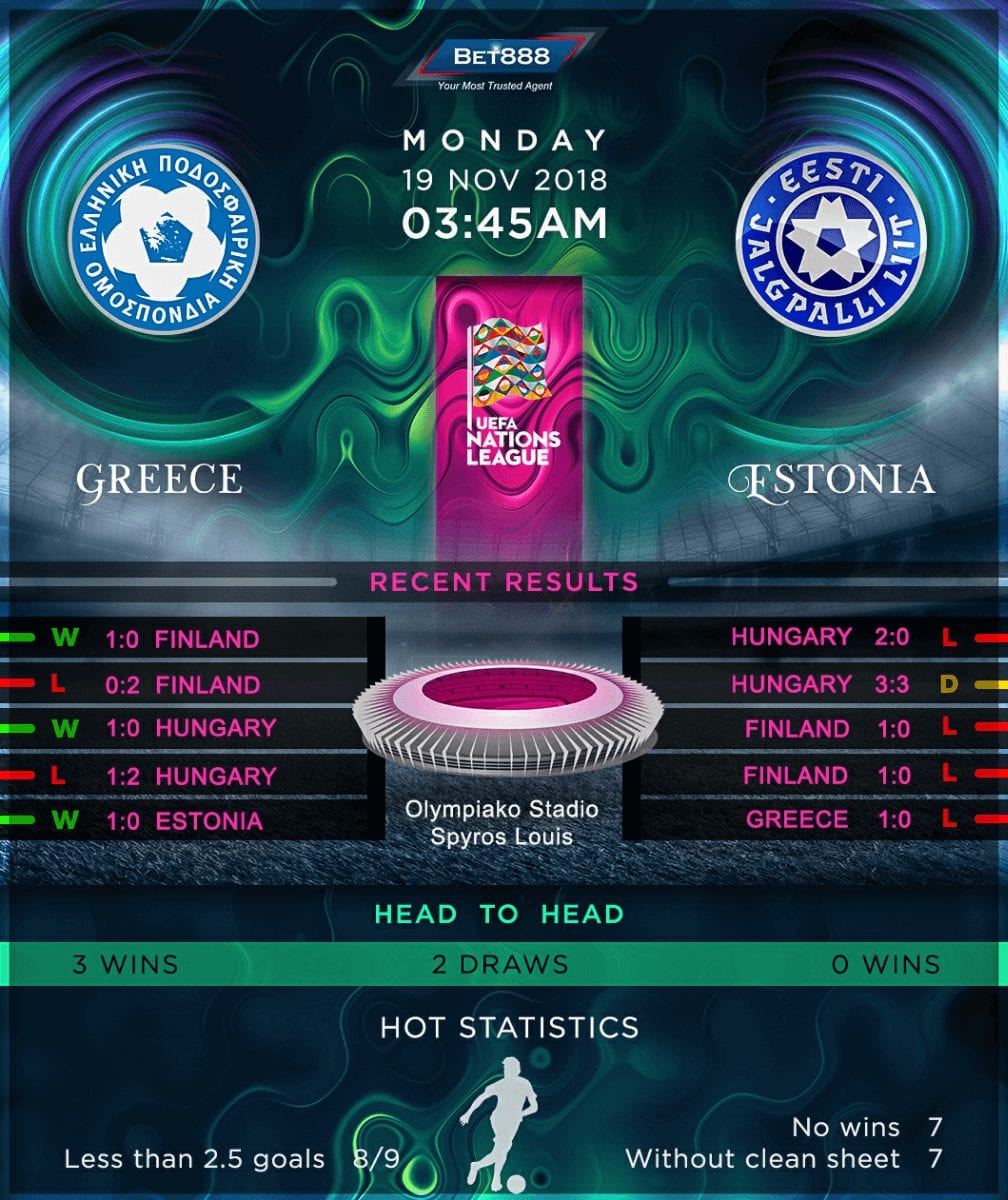