Girona and Sevilla are set to face each other at the Estadio Municipal de Montilivi in a high-stakes bottom-half La Liga encounter.

Girona would be silly to let their 12th place in the La Liga standings tuck them into a false sense of security as they start this round only three points clear of the relegation zone. The hosts head into proceedings on the back of six consecutive league matches without losing (W2, D4), though their last two outings have yielded an identical 2-2 scoreline versus Espanyol and Rayo Vallecano, respectively. Since an abysmal 5-3 defeat to Real Sociedad in early October, they’ve gone unbeaten in their last four home league fixtures (W1, D3) despite conceding the opening goal on three occasions in that span. Girona’s decent home form is at stake as they meet a Sevilla side they’ve lost to in three of their four previous La Liga H2Hs (W1).

Meanwhile, surprise relegation candidates Sevilla pulled off a vital 2-1 home win over Getafe last time out, halting an embarrassing run of six winless La Liga matches (D3, L3). Level on points with 18th-placed Cadiz, ‘Los Rojiblancos’ cannot take their eyes off the ball. Jorge Sampaoli’s men have picked up just one win on their last five La Liga travels (D3, L1), scoring precisely once on each occasion. But after beating Getafe, Sevilla could win back-to-back top-flight games for the first time since January 2022. There’s plenty of reason for optimism in the visiting camp, as they’ve conceded just one goal across their four meetings with Girona in La Liga. 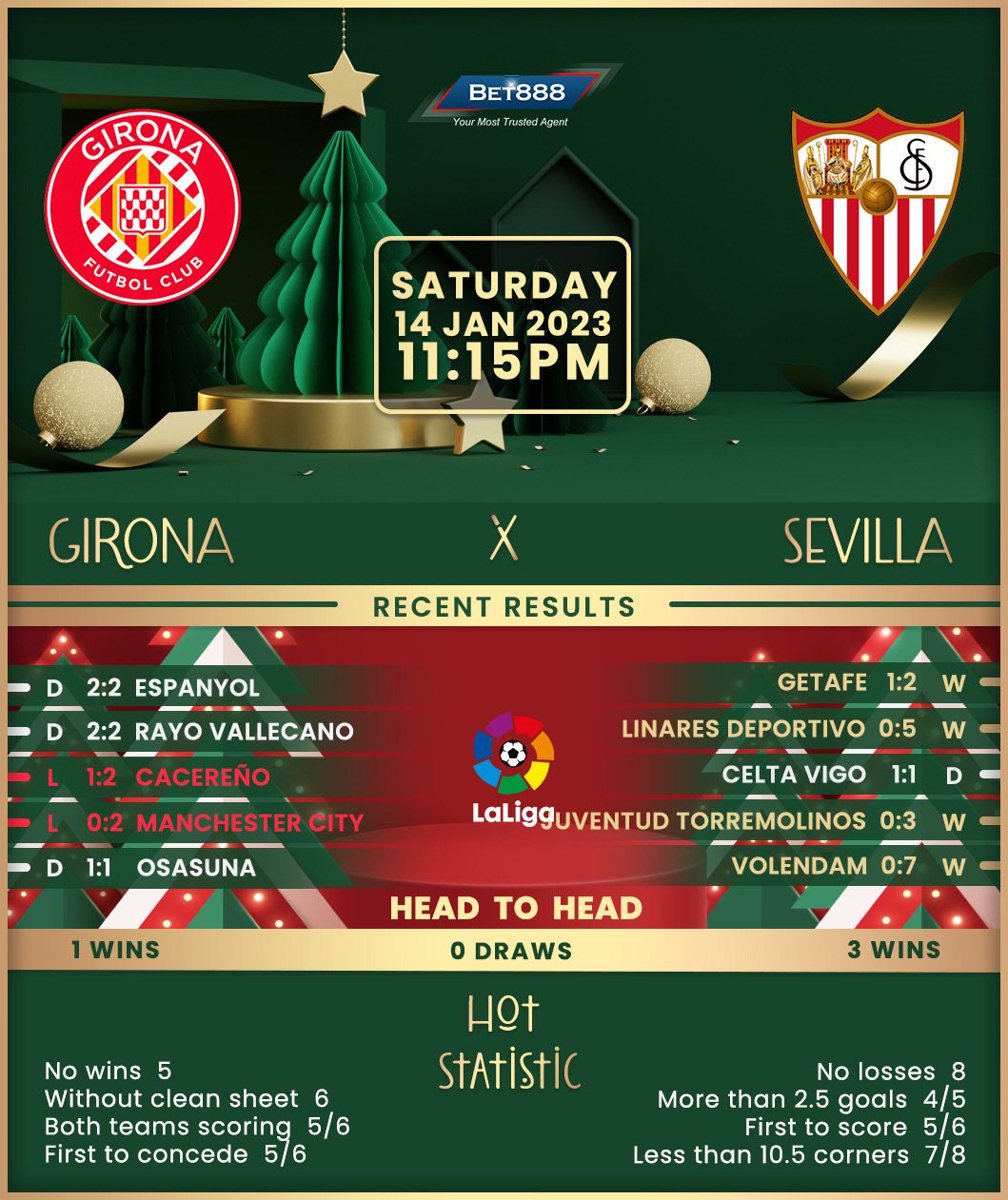