The most pleasant surprise of the last season, Girona, will host Celta Vigo at the Estadio Municipal de Montilivi, hoping to get a positive outcome that will bring them one step closer to finding the way out of a disturbing crisis.

The White and Reds have opened the new La Liga campaign with a scoreless draw with Valladolid at home, after which they suffered a 4-1 defeat to Real Madrid, showing many signs of frustration and insecurity, especially in the backline. However, Eusebio Sacristan’s efforts to drive his team out of a stressful period gave results against Villarreal at the Estadio de la Ceramica, where Girona walked away with all three points thanks to the 54th-minute goal from Christian Stuani.

On the other hand, the Celtics have achieved two straight victories, over Levante and Atletico Madrid, following a 1-1 draw with Espanyol on the opening matchday, which currently places them right behind Barcelona and Real Madrid, who are the only two teams so far that secured the maximum of nine points. The former Monterrey head coach, Antonio Mohamed, who took charge of the Sky Blues this summer, is well known for his attacking minded football philosophy and with the likes of Maxi Gomez and Iago Aspas in the final third Celta may be a team to watch this year.

The highly-rated left-back Johan Mojica will have to remain on the sidelines after picking up a hamstring injury, while David Junca won’t be able to perform for the visitors due to some physical problems. 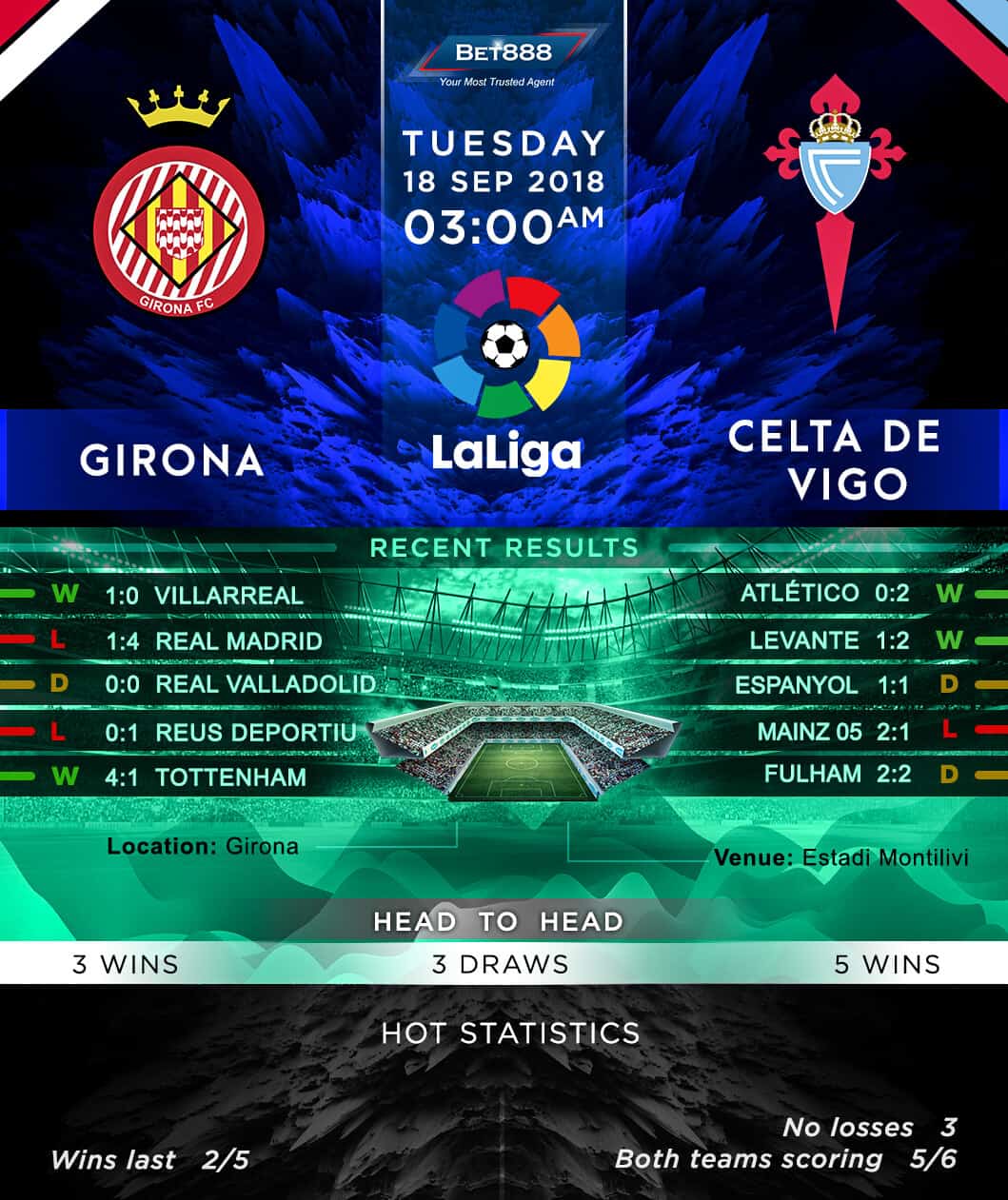