Girona and Athletic Bilbao are set to lock horns at the Estadio Municipal de Montilivi in a handsomely-looking La Liga contest.

Newly-promoted Girona fought back from a goal down to hold reigning La Liga champions Real Madrid to a 1-1 draw at the Santiago Bernabeu last weekend. Despite an eye-catching result in Madrid, the hosts head into proceedings on the back of a seven-match winless league run (D3, L4) and are level on points with 18th-placed Sevilla. Girona’s mixed bag of performances on home soil in the 2022/23 La Liga season (W2, D2, L2) cannot inspire much confidence, and neither can the fact they’ve won just once in their last five top-flight home games (D2, L2). Adding to head coach Michel’s list of concerns, his men have suffered four defeats across their four La Liga meetings with Bilbao (W1), while they’ve yet to keep a clean sheet at Montilivi across seven league outings this term.

In the meantime, Athletic Bilbao eked out a morale-boosting 1-0 home victory over Villarreal to end a four-game winless La Liga streak (D2, L2) and stay within a two-point distance of fourth-placed Real Betis. But after winning their opening two away league fixtures of the season, Ernesto Valverde’s lads have gone winless on their last three top-flight travels (D2, L1), conceding before halftime on each occasion. On the bright side, ‘Los Leones’ come into this showdown unbeaten in all four away league matches against bottom-half sides (W2, D2), inspiring their hopes of taking points home from northern Catalonia. Enjoying their best points tally (21) at this stage of a La Liga season in the 21st century, Bilbao will be out to tip the H2H away stakes in the top flight (W1, L1) in their favour. 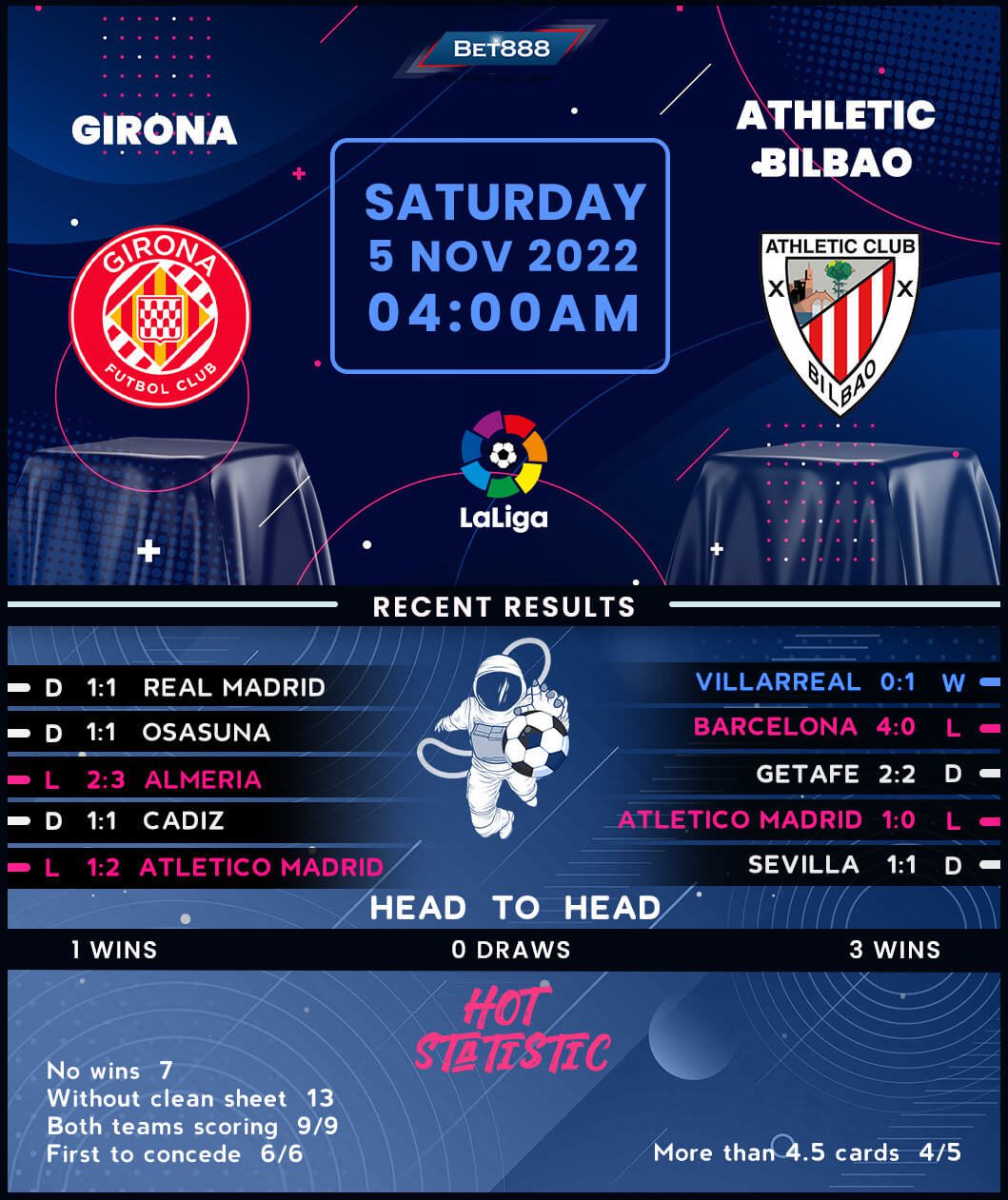