Getafe will host Valencia at the Coliseum Alfonso Perez, with the visitors desperately trying to register their first La Liga triumph since September.

With a record of four wins, four draws, and three losses, the Azulones are tied for 8th place and have a 5-point lead over their next rivals. With 9 goals scored and 4 clean sheets after the opening 11 La Liga fixtures, El Geta reside as one of the best defensive squads in the Spanish top flight. However, although they’ve protected their own net three times in the previous five home meetings, Jose Bordalas’ men only secured seven points, mainly thanks to the uninspiring displays in the final third. The club from the Madrid metropolitan area barely notched four goals in front of the home crowd, as they score an average of 1 goal per match.

On the other hand, the Bets have more draws than any other club in the top five European leagues at the minute, as they’ve already played out eight draws in La Liga, having added two more in the Champions League. Apart from that, the Oranges have suffered two defeats, while clinching just one triumph in the Spanish top division, which is why they currently sit in the 15th place. With 7 goals bagged so far, Valencia have by far the worst goalscoring record in Spain, as Marcelino’s players failed to find the back of the net on five occasions. Meanwhile, Los Che have three cleans sheets on the road, four overall, with Neto allowing just 9 goals in eleven league encounters. 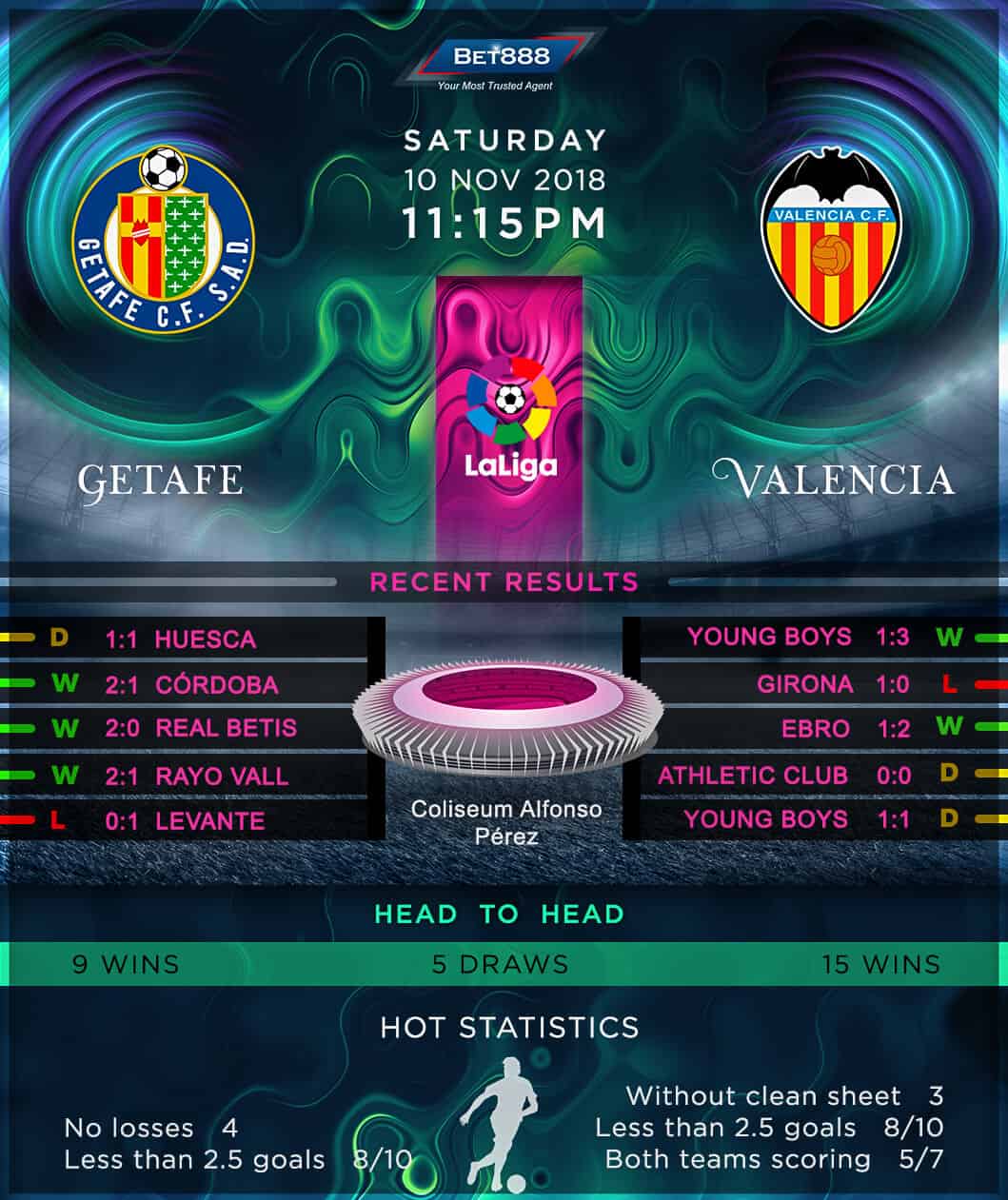