Arrived in Russia as the defending champions, Germany failed to leave up to expectations already in their opening match, against Mexico, losing the encounter by one goal to nil, as they are now looking to take on Sweden at the Fisht Olympic Stadium in Sochi. Die Mannschaft had been one of the most dominating European teams in the qualification process although they had a relatively weak qualifying group, and everybody was expecting them to maintain that astonishing form at the final tournament. However, Joachim Löw’s team showed many weaknesses in their premier FIFA 2018 World Cup match, especially when it comes to defense, as they’ve allowed a few decent opportunities to Mexico, who might have won the game by a larger margin. As for Sweden, they’ve played a quite uninspiring and boring match against South Korea, often interrupted with numerous fouls, but the Blue-Yellow eventually managed to grab all three points thanks to Andreas Granqvist’s goal from the penalty spot. Janne Andersson is well aware that avoiding defeat against Germany would practically send his team to the knockout stage, which is why Sweden are expected to defend for the majority of the match.

Jonas Hector might have to skip the encounter due to illness, while one of Marco Reus and Julian Brandt should replace Thomas Muller on the right wing, as Bayern Munich talisman picked up a yellow card against Mexico, showing very little of his potential in the process. On the other hand, Andersson will hardly renounce his favorite 4-4-2 formation, with Toivonen and Berg expected to spearhead Sweden’s attack. 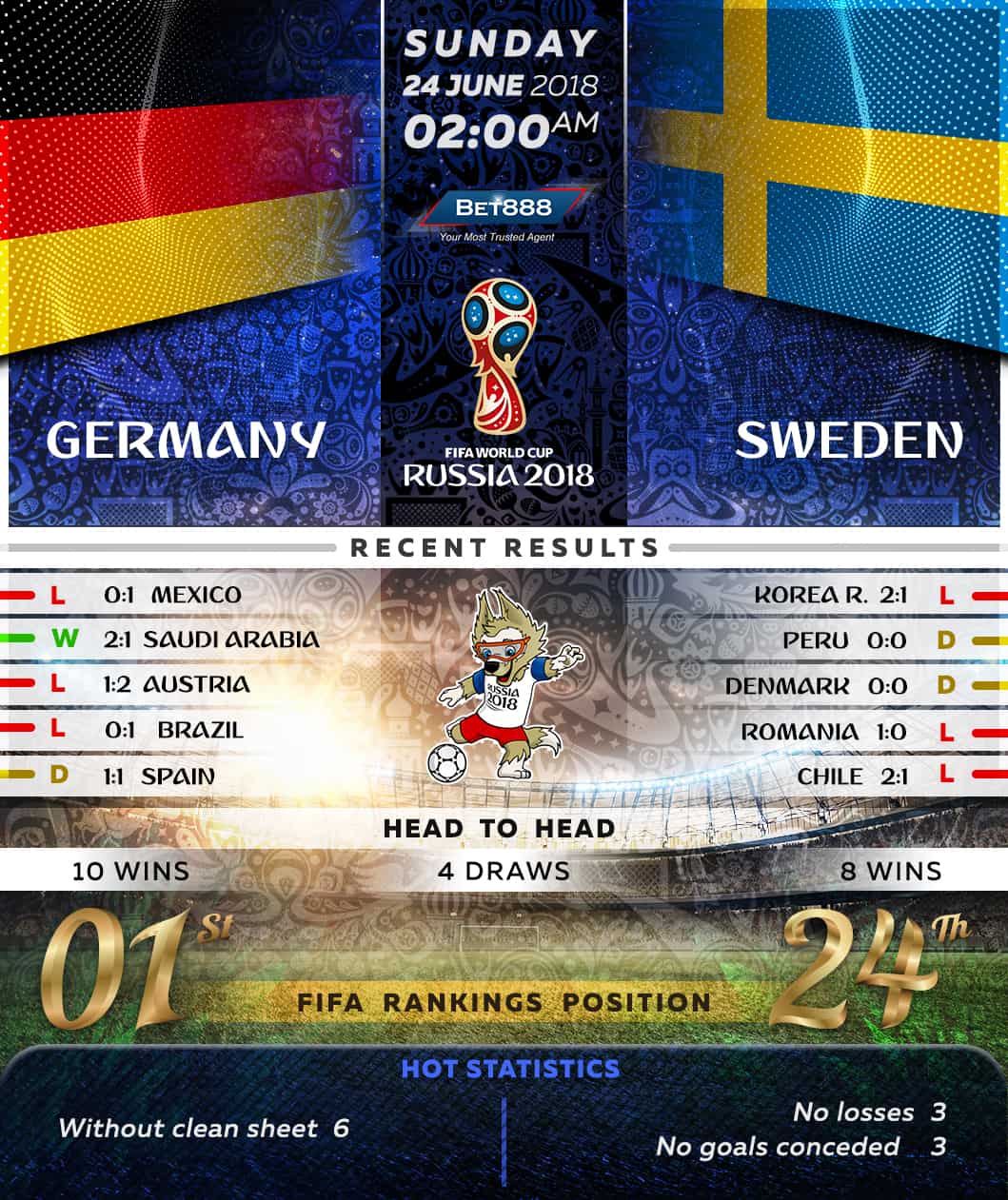