The defending World Champions, Germany, are set to host Saudi Arabia at the BayArena in Leverkusen, looking to end a five-game winless streak. After two years without a single defeat, Die Mannschaftlost two consecutive games to Brazil and Austria although they’ve had a 1-0 lead in Klagenfurt at the half-time. DFB Eleven are yet to achieve a victory in 2018. In addition to those two matches against the Selecao and Austria, Joachim Low’s team also failed to defeat Spain earlier this year, drawing only 1-1 with the Red Fury. On the other hand, Saudi Arabia played eight games in 2018, losing four of them. The Green Falcons faced off five European national teams over the last four months, managing to beat Moldova and Greece while losing to Belgium and Italy in the process. The two sides will play against each other for the second time in history, with Germany demolishing the Asian team by eight goals to nil in the group stage of the 2002 FIFA World Cup.

Low’s decision not to include Leroy Sane in Germany’s World Cup roster has surprised almost everybody, but with the likes of Julian Brandt, Marco Reus, and Julian Draxler, the European giants will have devastating firepower on the wings. Juan Antonio Pizzi is desperate for a positive outcome in this match, which is why Saudi Arabia should start the game with the best starting eleven. 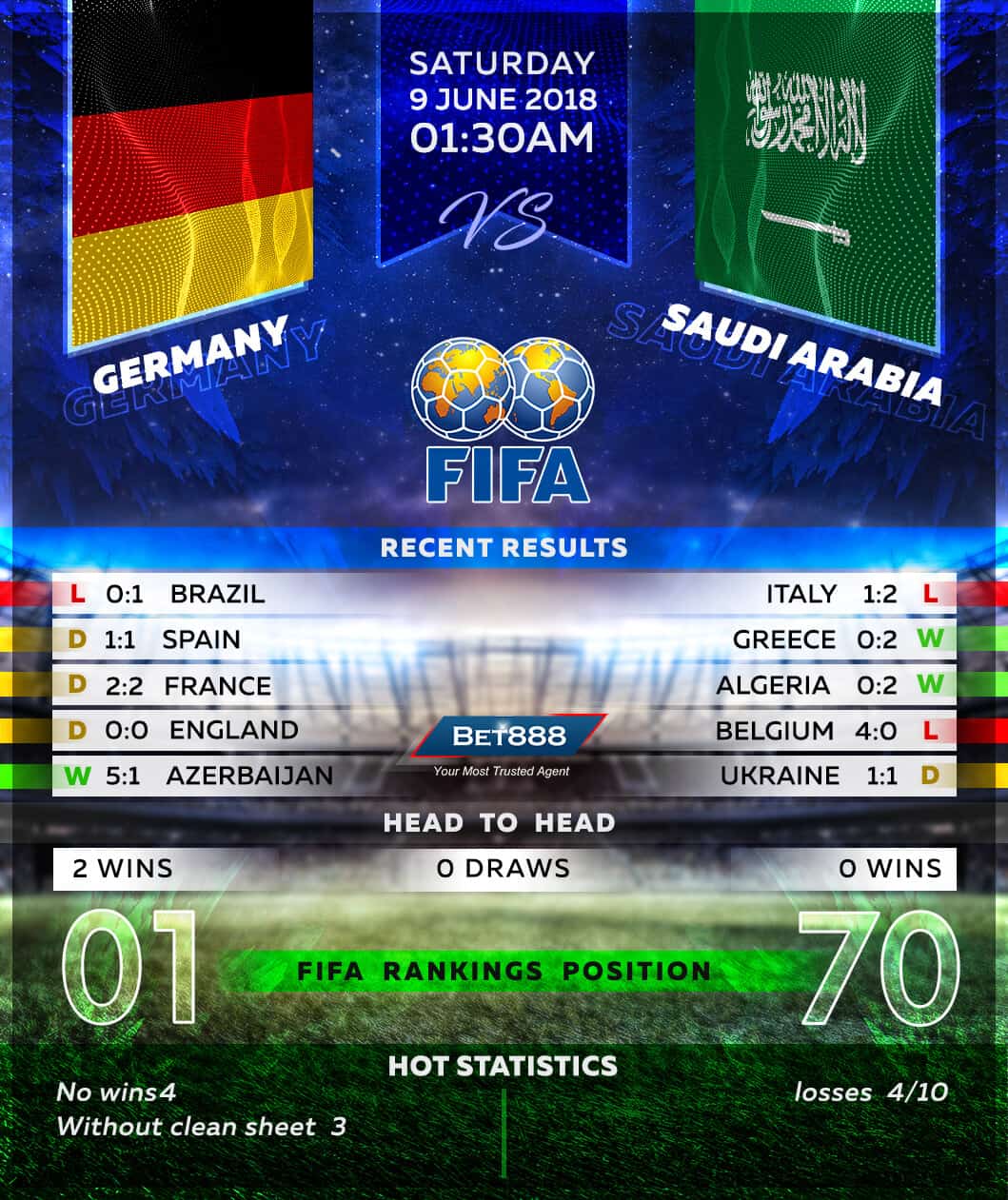