Germany and Russia are set to face-off against each other at the Red Bull Arena in Leipzig, as hosts hope to end a 2-game losing run.

Not only Die Mannschaft struggled to go past the group stage at the World Cup, but they’ve also failed to secure a victory in three competitive matches after returning from Russia. The 2014 FIFA World Cup champions have to France and the Netherlands in the UEFA Nations League, having managed to get barely one point against the reigning world champions. The only success Germany achieved in the post-World Cup period was a 2-1 win over Peru in a friendly match, as Joachim Low desperately hopes to see his players stepping up their game in the upcoming contests. DFB Eleven have featured in eleven matches in 2018, having lost six of them. Moreover, Low’s players have just one clean sheet this year, which seems to be one of their biggest problems.

On the other hand, instigated by the World Cup success, the Sbornaya have won three out of four matches after the final tournament, only playing out a 0-0 draw with Sweden in the process. The 2018 FIFA World Cup hosts currently top their respective UEFA Nations League group, as the only undefeated team. Moreover, Stanislav Cherchesov’s players have demolished the Czech Republic in a friendly encounter by five goals to one, demonstrating some extraordinary piece of football. Artem Dzyuba and his fellow international colleagues have failed to find the back of the net just two times in the previous ten meetings across all competitions, having notched 21 goals in the process. 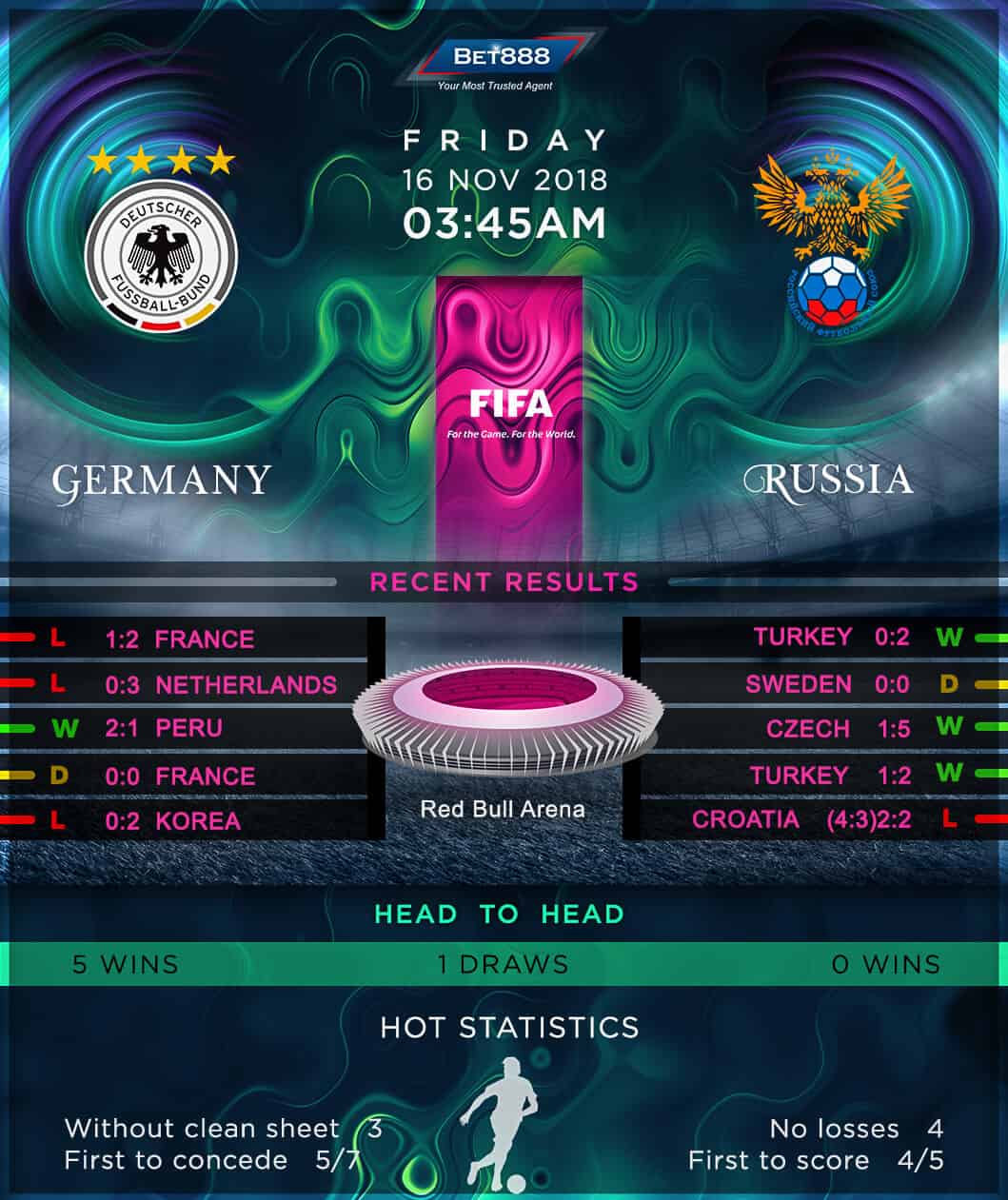