After the World Cup fiasco, Die Mannschaft continued to struggle in the following period, as they’ve only managed to defeat Peru and Russia in the international friendlies. Meanwhile, in the Nations League, Joachim Low’s players have played out a scoreless draw with France at home before losing to Les Bleus on the road by two goals to one. Furthermore, in their first encounter with the Netherlands in Amsterdam, the 2014 FIFA World Cup champions have been swept aside with a 3-0 debacle. Despite the fact, they have no chance of closing the gap on their group rivals, Germany will play their hearts out in hopes of avoiding another disaster.

On the other hand, ever since Ronald Koeman took charge of the national team, the Oranje have started to look like a unit again. Although they’ve started their Nations League journey with a 2-1 loss to France on the road, Holland immediately bounced back, having wrapped up a stunning 3-0 win over their upcoming opponents at home. Additionally, the Flying Dutchmen performed at the highest level against Les Bleus a few days ago, having clinched a promising 2-0 victory in front of the home supporters. Now, all Ronald Koeman’s players have to do is to avoid defeat, and they’ve ll overthrow the reigning world champions at the top. Apart from the aforementioned successes, the Netherlands had another tough test during the last international break but had managed to hold Belgium to a 1-1 draw. 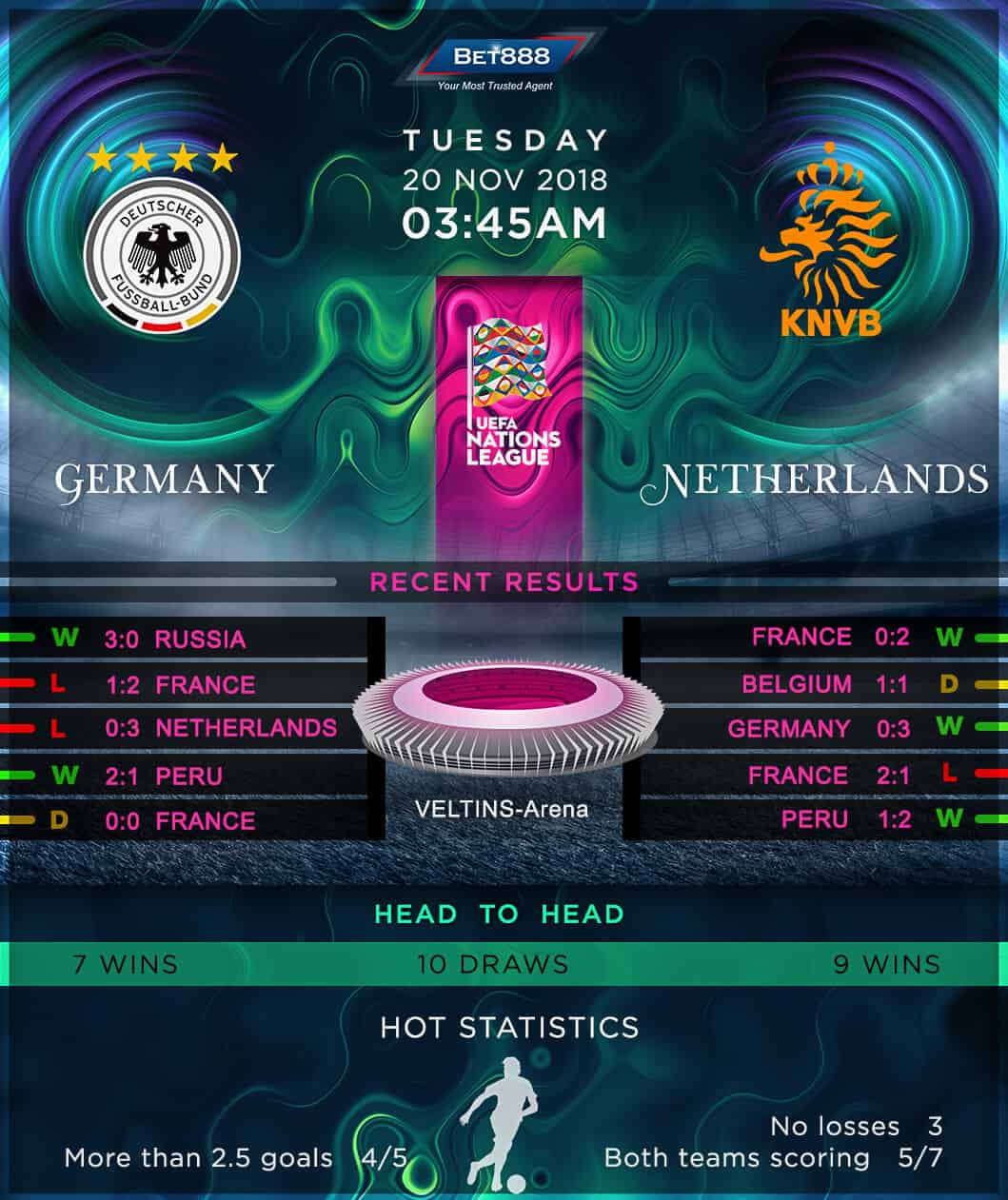