Khalifa International Stadium is the venue as Germany and Japan face off against each other in their 2022 World Cup Group E opener.

Having amassed a greater points tally (27; W9, L1) from their ten qualifying matches than any other European nation, Germany head into their 17th World Cup tournament desperate to make amends for an embarrassing 2018 campaign. As reigning world champions, Joachim Low’s Germany failed to make it out of the group stages in Russia. Hansi Flick’s appointment as a new chief of staff in the wake of an underwhelming Euro 2020 campaign has been a resounding success, with ‘Die Mannschaft‘ suffering just one defeat in 16 matches under his stewardship (W10, D5). No matter the outcome, neutrals should be in for a treat, with none of Germany’s last 50 outings at the World Cup finals ending goalless since a scoreless draw with Mexico in 1986.

In the meantime, Japan left Australia comfortably in their wake on their way to securing an eye-catching seventh consecutive World Cup participation. Japan’s defensive resolve during the third-round qualifying was virtually flawless, with only South Korea (3) conceding fewer goals in Asian qualifiers than the ‘Samurai Blue’ (4). However, the Japanese have been winless in both previous international H2Hs against Germany (D1, L1), with all seven goals (scored/conceded) in that sequence coming beyond halftime. It’s hard to see Japan posting their maiden victory over the German, considering they’ve racked up just one triumph in their last eight World Cup outings (D3, L4). Yet that solitary success was a 2-1 beating of Colombia in the previous tournament’s curtain-raiser, suggesting a flying start could be on the cards against the odds. 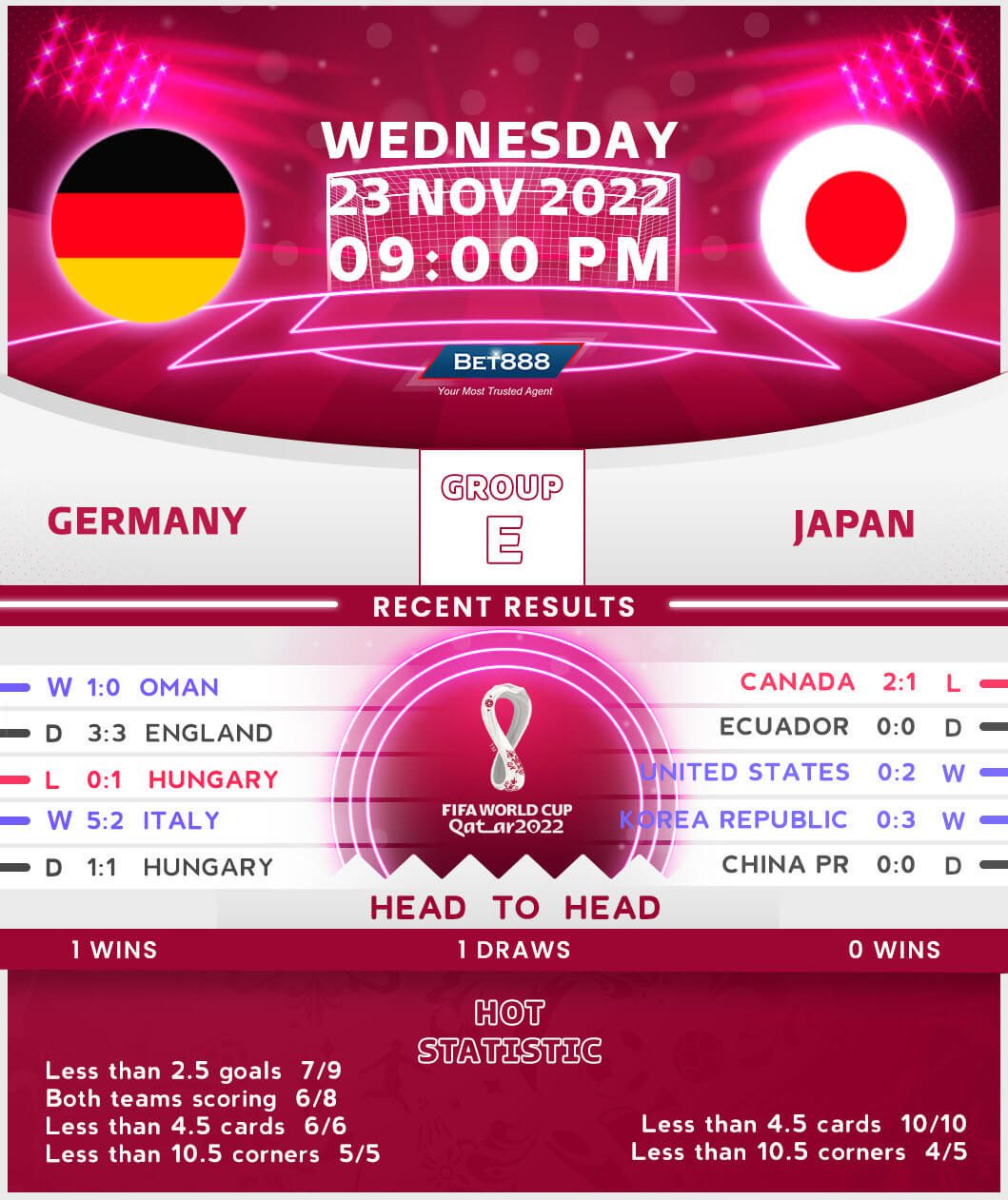