The two European heavyweights, Germany and France, will start their UEFA Nations League campaign at the Allianz Arena in München, with the hosts hoping to make a proper reaction after a scandalous World Cup performance.

Die Mannschaft, who arrived in Russia as the World Cup holders,miserably failed in the group stage, suffering an early elimination thanks to two awful defeats to Mexico and South Korea. Joachim Löw’s team only managed to grab one victory at the largest international football scene, beating Sweden by two goals to one after coming back from a goal down. Even before taking part in the World Cup, it was evident that the DFB Eleven are not having the best of times since they suffered two straight losses and played out three draws before barely defeating Saudi Arabia during the preparation period.

When it comes to France, it is a wholly different story. Les Bleus have wrapped up their first World Cup title since 1998 in some style. After finishing top of Group C with two wins and a draw, Didier Deschamps’ side eliminated Argentina, Uruguay, and Belgium on their way to the final, where they hammered Croatia by four goals to two, thus helping Deschamps to become only the third man in history to lift the prominent trophy as both a player and a manager.

Thilo Kehrer, Nico Schulz, and Kai Havertz got summoned by Joachim Löw for the first time, while Leroy Sane returned to the squad after skipping the World Cup. Meanwhile, Mbappe, Griezmann, and Giroud should be the ones to spearhead the visitors’ attack as it was the case in Russia. 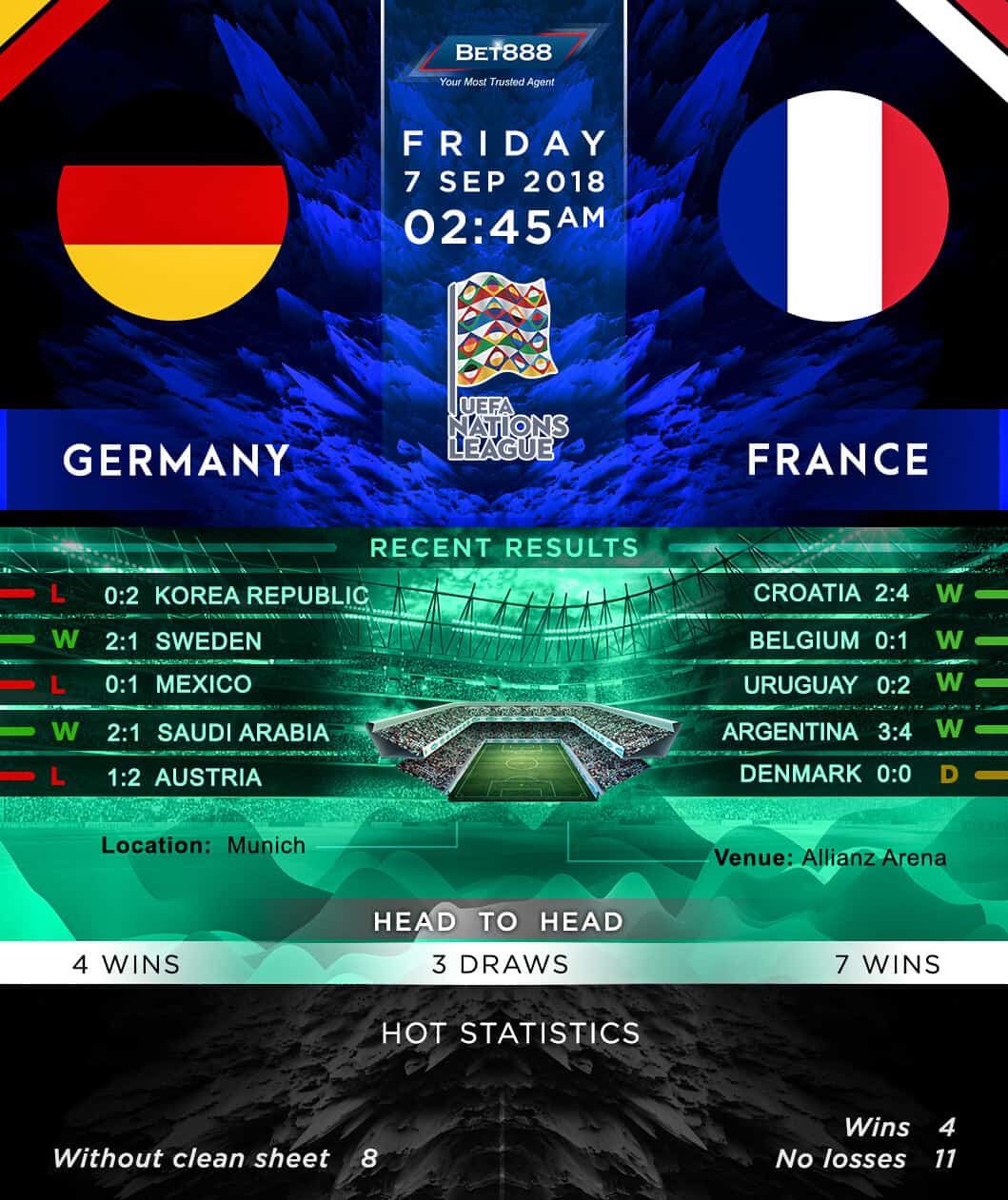