Genoa and SPAL are set to meet each other in an all-Serie B Coppa Italia second-round tie at the Stadio Luigi Ferraris.

Last season’s relegation to Serie B helped Genoa rally their troops and get their affairs in order, as they head into proceedings on the back of four consecutive unbeaten matches in Italy’s second-tier competition (W3, D1). Defensively robust, ‘Il Grifone’ had kept three league clean sheets on the trot before a 2-1 away beating of Cosenza at the weekend. However, a draw has been a common theme in Genoa’s recent home fixtures, as three of their last four outings at the Ferraris have seen the share of the spoils (W1), two of which yielded an identical 0-0 scoreline. Another evenly-contested low-scoring contest could be on the cards, considering their three previous home meetings with SPAL have featured under 2.5 goals (W1, D2), with both draws producing the same 1-1 score.

Meanwhile, visiting SPAL will take the field amid a rough patch, having failed to win any otheir last four Serie B fixtures (D2, L2), including a tepid goalless draw at Cittadella at the weekend. A lack of the cutting edge up top has seen SPAL go three consecutive league matches without scoring, which has been the case in their last two H2Hs against Genoa, both of which witnessed them end on the wrong side of a 2-0 scoreline. Playing away from home is unlikely to support the visitors’ bid to progress beyond this Coppa Italia round, considering they’ve won none of their five away games against fellow second-tier rivals this season (D4, L1). 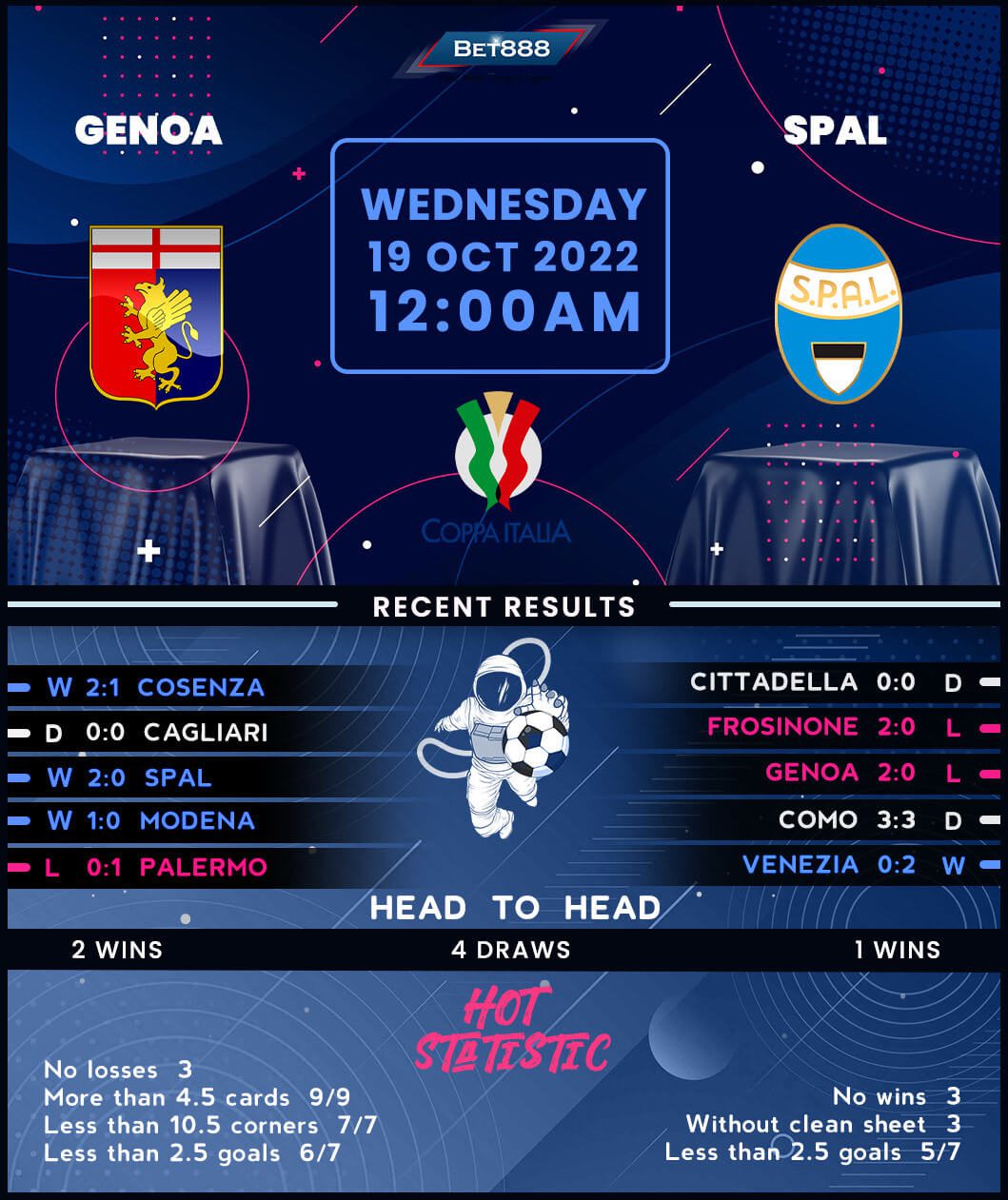