Craven Cottage is the venue as promoted Fulham take on Liverpool in their opening 2021/22 Premier League showdown.

After steamrolling the Championship en route to earning a third Premier League promotion in five seasons, Fulham will be out to play down their reputation as a ‘yo-yo’ club and maintain a top-flight status for 2+ seasons for the first time since 2013/14. Led by record-breaking Championship striker Aleksandar Mitrovic, the ‘Cottagers’ will be looking to replicate a noticeable feat from the 2020/21 season that saw them go unbeaten in both Premier League meetings with Liverpool (W1, D1). In order to achieve that, Marco Silva’s men will have to defy history, having lost their opening top-flight match of the season across the last five Premier League campaigns they started as a newly-promoted side. On top of that, they have won none of their last ten Premier League outings (D2, L8).

In the meantime, Liverpool’s busted pursuit of a historic quadruple in 2021/22 has seemingly left no scars on Jurgen Klopp’s side as they thrashed Manchester City in a curtain-raising Community Shield showpiece last weekend. The ‘Reds’ will feel confident about getting the new Premier League season off to a flying start after picking up four consecutive matchday one victories, all of which saw them net 3+ goals. Additionally, last season’s Premier League runners-up head into proceedings unbeaten in 19 top-flight fixtures on the trot (W16, D3) since going down 1-0 at Leicester City in December 2021. Interestingly, Liverpool have won their last three league matches despite falling behind within 15 minutes of play on each occasion. 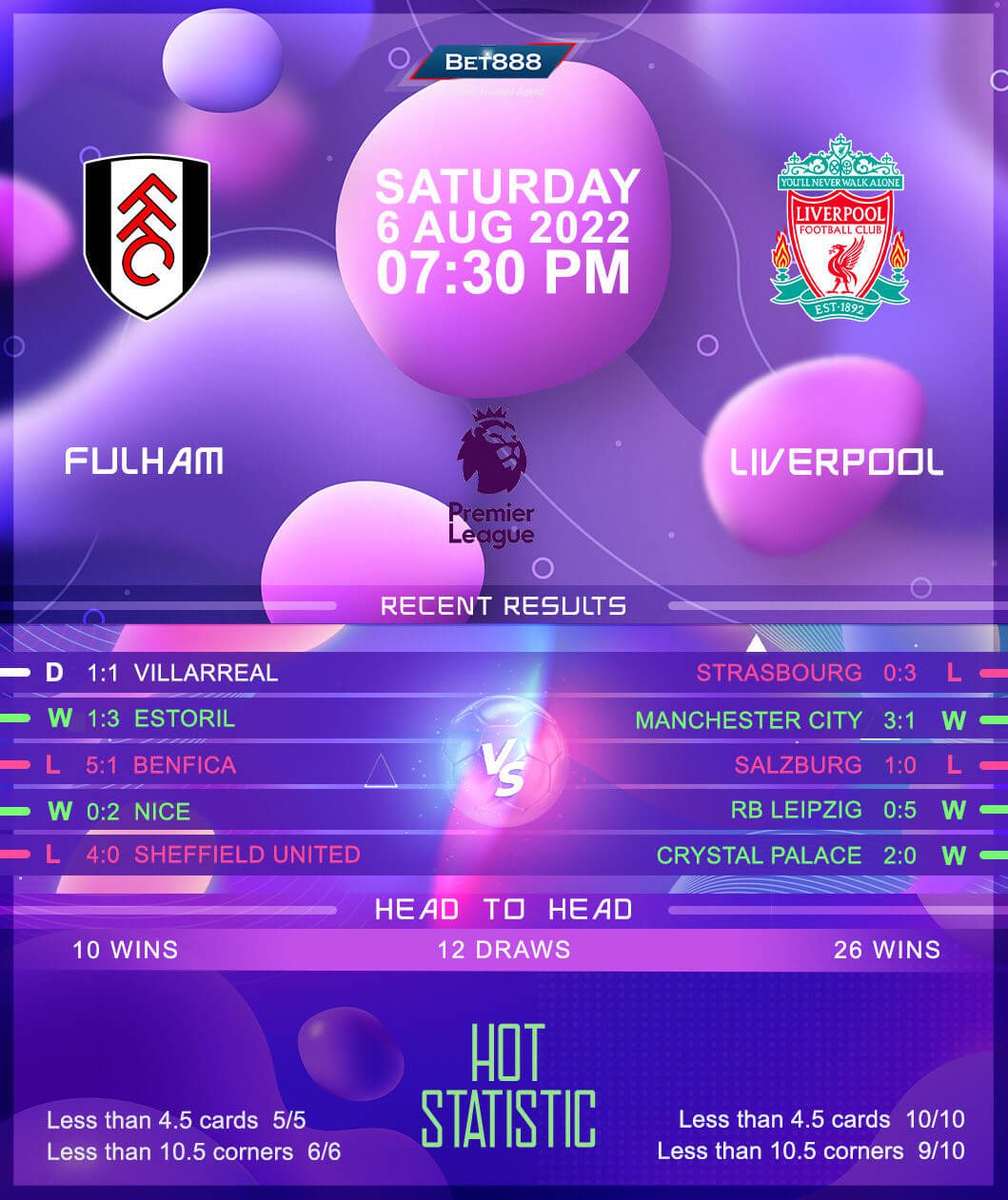