After four seasons spent in the Championship, Fulham, who managed to return to the Premier League, will host Crystal Palace at the Craven Cottage, looking to show off their full potential in the toughest league in Europe. The Cottagers had finished third in the Championship last season, which is why they have had to battle out the EPL promotion through the playoffs, where they barely managed to eliminate Derby County, 2-1 on aggregate, before defeating Aston Villa 1-0 at the Wembley Stadium, thus securing the elite status for at least one season. After an exhausting campaign in the Championship, Slaviša Jokanović hoped to prepare his players as best as possible for the challenges that expect them in the English top flight. That’s why Fulham faced off against the likes of Lyon, Fenerbahce, Athletic Bilbao, Fiorentina, and Celta Vigo during the summer, however, without much success. Meanwhile, the Eagles, who had huge expectations last year, performed at the high level during the warm-up campaign, recording six wins and two draws in eight summer friendlies, as Roy Hodgson looks to take his team to Europe this season. However, it’s fair to say that the Glaziers’ only notable opponent this summer was Toulouse, whom they comfortably defeated by four goals to one, while the rest of their friendlies came against the low-profile teams, such as, Boreham Wood, Stevenage, Oxford City, and Kingstonian.

Aleksandar Mitrovic, who led the Lily Whites’ attack last season, helping them to advance to the Premier League, will start from the first minute alongside the English prodigy Ryan Sessegnon. As for the visitors, two most notable summer signings, Cheikhou Kouyaté and Max Meyer, might find themselves in the starting eleven, although the latter is yet to reach the optimum fitness level. 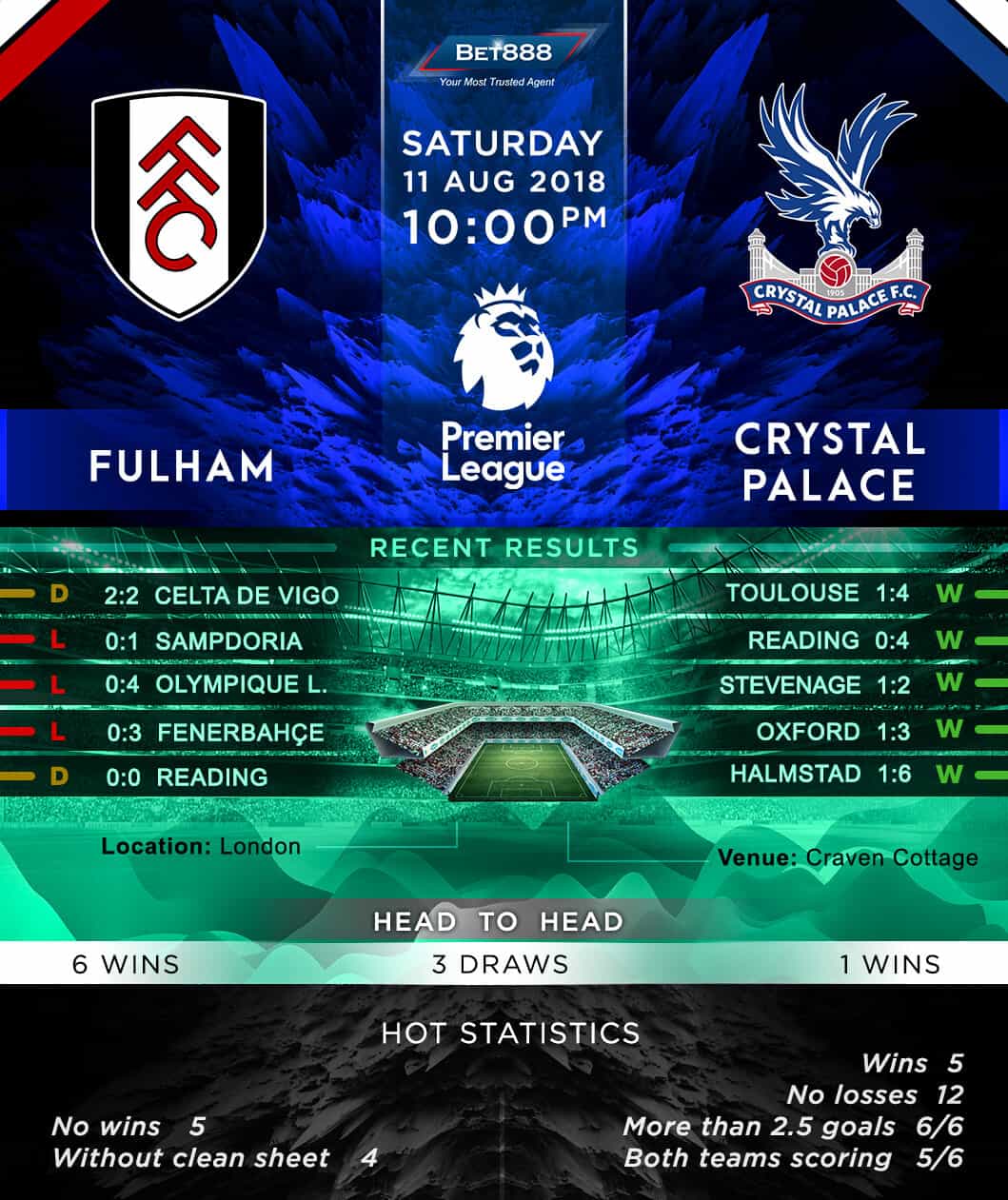