Fulham eased past EFL Championship underachievers Hull City 2-0 in last weekend’s FA Cup action, maintaining an outrageous domestic form in the post-World Cup period. Since the Premier League resumption on Boxing Day, Marco Silva’s men have won all three league matches by an aggregate score of 6-1 and could make it four on the trot in the top flight for the first time since 1966. However, that could prove easier said than done, considering they’ve been victorious in just one of their 30 Premier League encounters against Chelsea (D10, L19), losing both top-flight H2Hs in 2021/22 without scoring. Yet following a 3-0 demolition of Crystal Palace on Boxing Day, the ‘Cottagers’ will be gunning for back-to-back victories in the Premier League London derbies for the first time since 2013.

On the other hand, visiting Chelsea found themselves on the receiving end of a 4-0 scoreline in their mouth-watering FA Cup tie against Manchester City at the weekend, only days after losing 1-0 to the same opposition in the Premier League. Winless in their last two league outings (D1, L1), the ‘Blues’ have fallen a staggering ten points behind fourth-placed Manchester United and could effectively rule themselves out of the Champions League race with another slip-up here. Unfortunately for the visitors, their five-game winless away run (D1, L4) cannot inspire much hope. But Graham Potter’s men have been nothing short of impressive in their recent Premier League London derbies outside Stamford Bridge, racking up nine victories in their last 11 such match-ups (D1, L1). 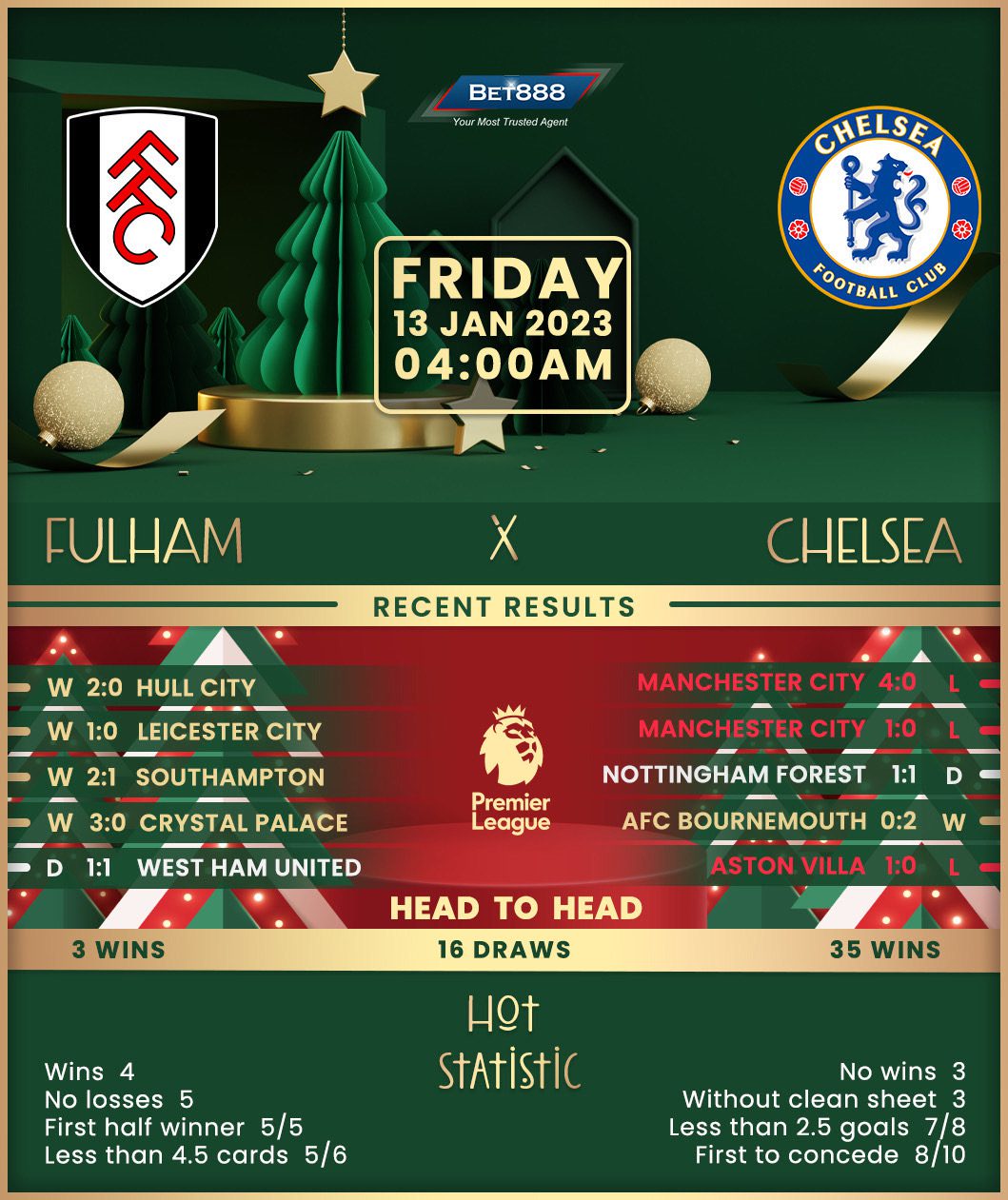