After securing a comfortable 3-0 win over Qarabag in the Europa League, Arsenal will be heading towards the Craven Cottage to face-off against Fulham in the Premier League.

Since returning to the English top flight, the Cottagers struggled with consistency, as their so far performance is highlighted by various ups and downs. With a record of one win, two draws, and four defeats, the Lily Whites are currently tied for the 16th place with a 3-point lead over Newcastle United who are in the danger zone. Additionally, in the last four league games, Slavisa Jokanovic’s team failed to clinch a victory, losing two times, to Everton and Manchester City, while playing out two draws, with Brighton and Watford.

Meanwhile, the Gunners have notably raised their game following a slow start of the season. Although the north London outfit suffered two straight draws, to Chelsea and Manchester City, Unai Emery has managed to drag his team out of the dark. With five straight Premier League triumphs, Arsenal currently trail the leaders by four points, as they sit in fifth place. As for their Europa League journey, the EPL giants comfortably top the Group E with a maximum of two wins and a +5 goal difference.

Joe Bryan, Timothy Fosu-Mensah, and Neeskens Kebano are ruled out with injuries in the home squad, while Petr Cech, Laurent Koscielny, and Ainsley Maitland-Niles won’t be playing for the visitors. As for Pierre-Emerick Aubameyang, his appearance still hangs in the balance. 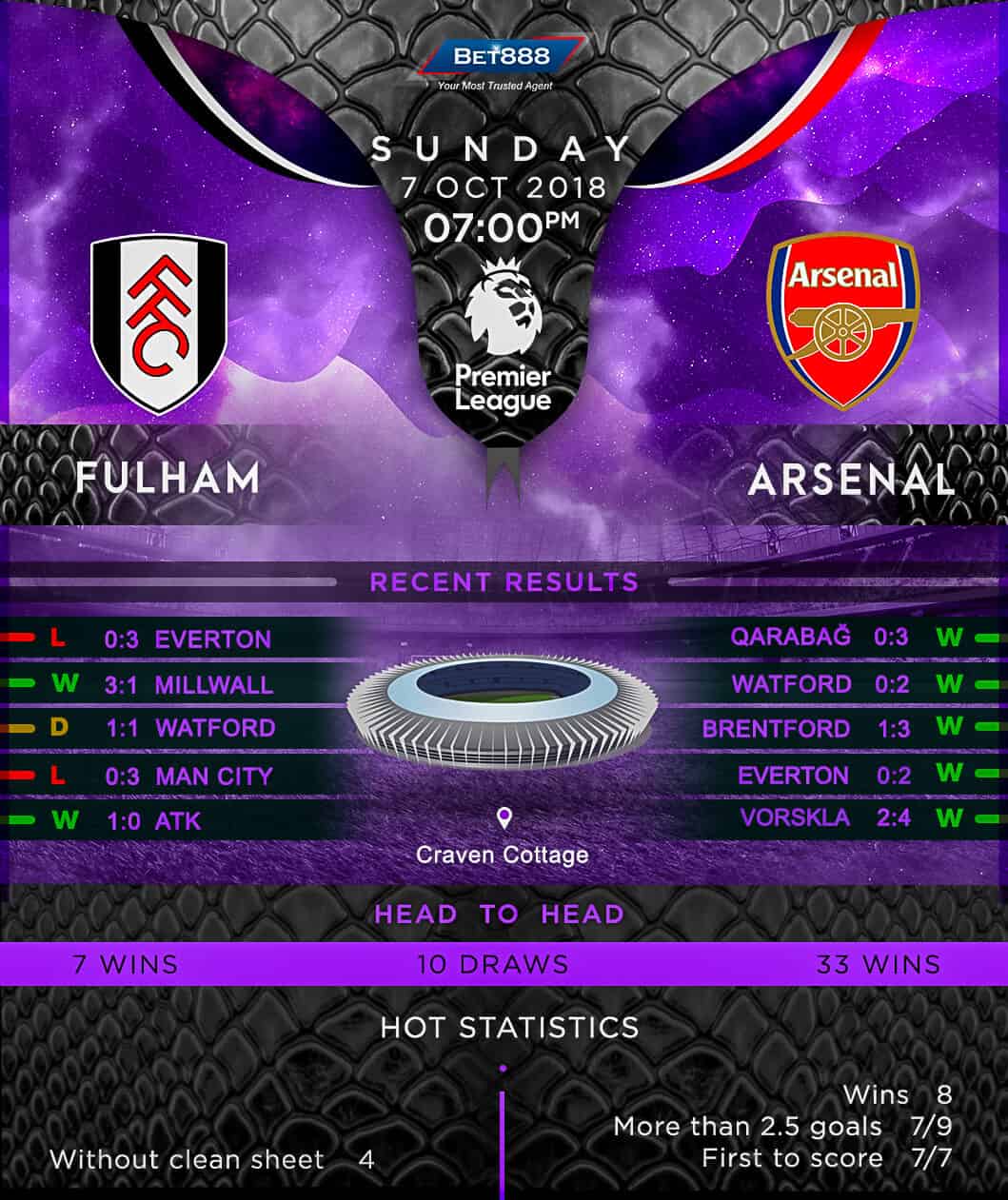