The two struggling sides are set to face-off against each other at the Stadio Benito Stirpe, as Frosinone look to take on Fiorentina.

With a record of one win, three draws, and seven defeats, the Giallazzurri currently reside in the relegation zone. Although Frosinone’s nightmarish start of the season resembled Benevento’s of last year, the Canarini have managed to collect five points in the previous three Serie A clashes, as they currently trail Bologna by three points. With 24 goals conceded so far, Moreno Longo’s players have the 2nd-worst defensive record in the Italian top flight, having failed to keep a clean sheet nine times in the previous eleven encounters. Additionally, the returnees score an average of 0.82 goals per match, as they’ve scored a brace on three occasions this campaign.

On the other hand, the Tuscan-based outfit have failed to maintain consistency this season, as they currently occupy the eight place with a record of four wins, four draws, and three defeats. Moreover, the Viola have failed to clinch a victory in the previous four Serie A encounters, having lost one game, while being held to three straight draws in the process. Although Fiorentina hold the 3rd-best defensive record in Italy, they’ve managed just two clean sheets in the last nine league matches. Meanwhile, Stefano Pioli’s players have failed to find the back of the net on two occasions this year, as they score an average of 1.55 goals per match. 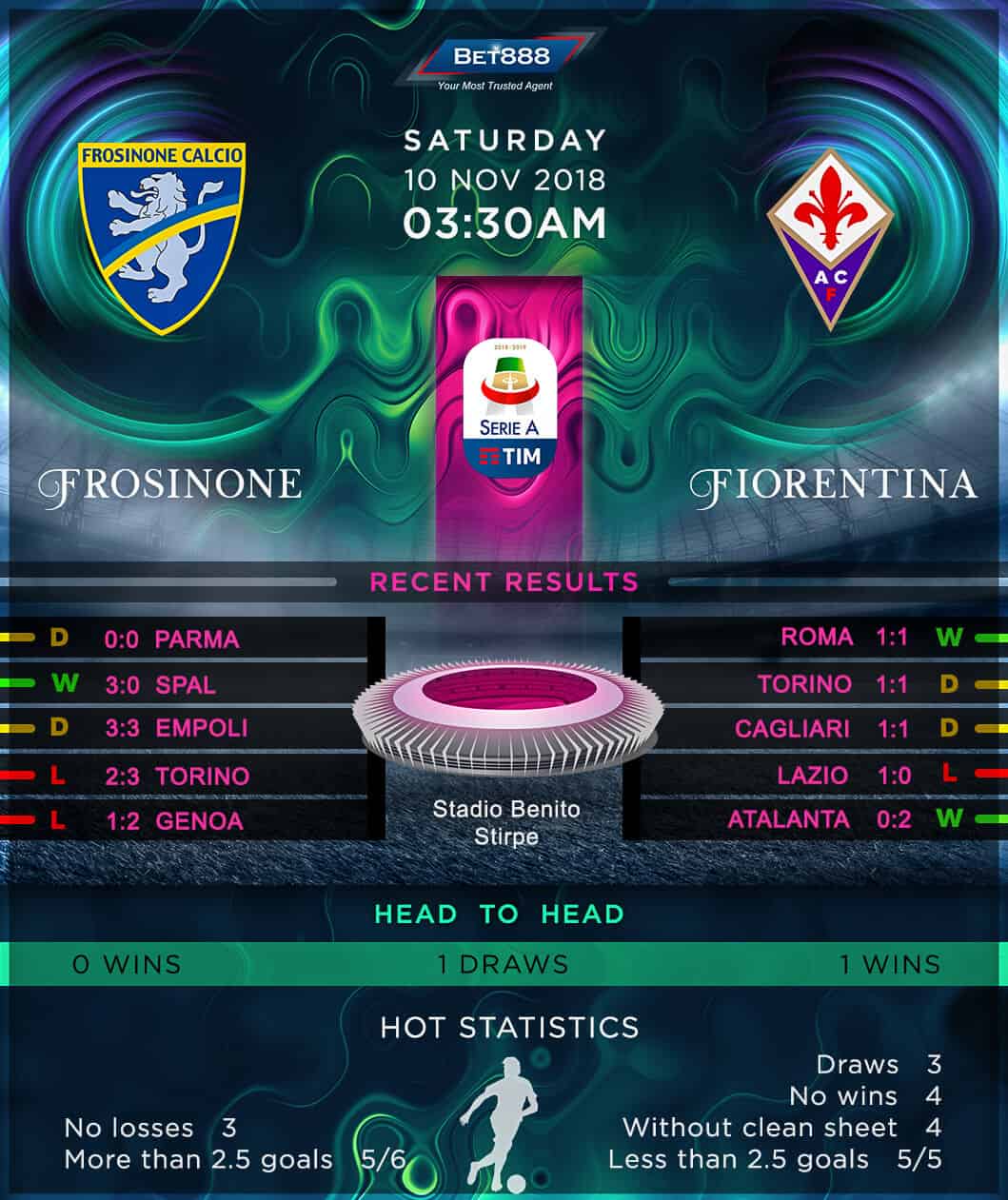