A match between Freiburg and Stuttgart that shall take place at the Schwarzwald-Stadion this weekend will see both teams trying to get their first points this season.

After barely avoiding relegation last year, Breisgau-Brasilianer have failed to learn from their mistakes, as they began the new campaign in the worst possible manner, losing both opening matches. In the Bundesliga opener in front of the home crowd, Eintracht Frankfurt have stormed through the Schwarzwald-Stadion securing a comfortable 2-0 victory, after which Streich’s team suffered a 3-1 defeat to TSG Hoffenheim on the road. Meanwhile, in the DFB Pokal, Freiburg managed to eliminate Energie Cottbus in a penalty shoot-out after Mike Frantz scored the 90th-minute equalizer.

Stuttgart’s start of the season is even worse, as the Swabians suffered an early DFB Pokal elimination by Hansa Rostock before getting beaten by Mainz and Bayern Munich in the Bundesliga. Tayfun Korkut’s side is also the only team in the league that failed to score a goal so far, and the former Bayer Leverkusen manager hopes his players can break the deadlock against one of the weakest defenses in Germany.

Amir Abrashi, Yoric Ravet, and Brandon Borrello are sidelined with injuries in the home side, while the 27-year-old goalkeeper Alexander Meyer won’t appear for the visitors due to a knee ligament injury. 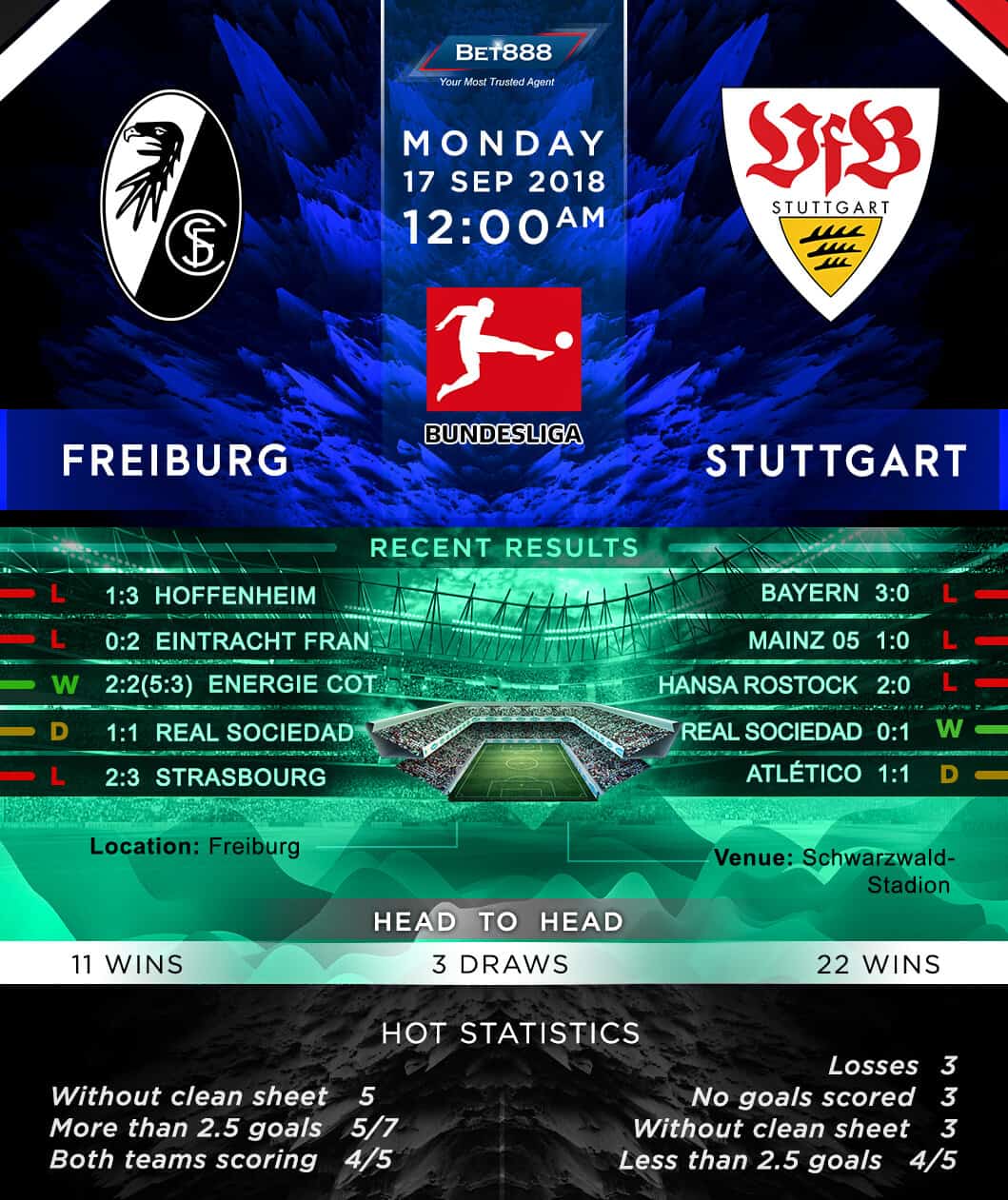