One of the leading candidates to win the 2018 FIFA World Cup, France, are set to host the United States at the Parc Olympique Lyonnais in Lyon looking for their fourth consecutive victory this year. After comfortably topping their qualifying group with seven wins out of ten matches, Les Bleus have experienced a minor crisis, as they’ve failed to win two straight games, losing 3-2 to Colombia in the process. However, Didier Deschamps’ team raised their game over the last couple of weeks, as they’ve defeated Italy and the Republic of Ireland, scoring five goals in those matches. On the other hand, the Stars and Stripes are one of the major disappointments of the World Cup qualifications, considering they’ve failed to advance to the World Cup finishing fifth in the CONCACAF qualifying group behind Honduras and Panama among others. With two draws, two losses, and one victory in 2018, Dave Sarachan’s team are yet to establish continuity and stability, and after a 2-1 defeat to the Republic of Ireland, they seem to don’t stand a chance against devastating French attack.

Deschamps might opt to field Benjamin Mendy from the first minute only to assess his physical condition after a long-lasting injury, with Varane, Sidibe, and Nabil Fekir also appraising as potential starters. As for the USA, Sarachan could give a chance to two youngsters, Andrija Novakovich and Antonee Robinson, after leaving them on the bench for the entire 90 minutes last weekend. 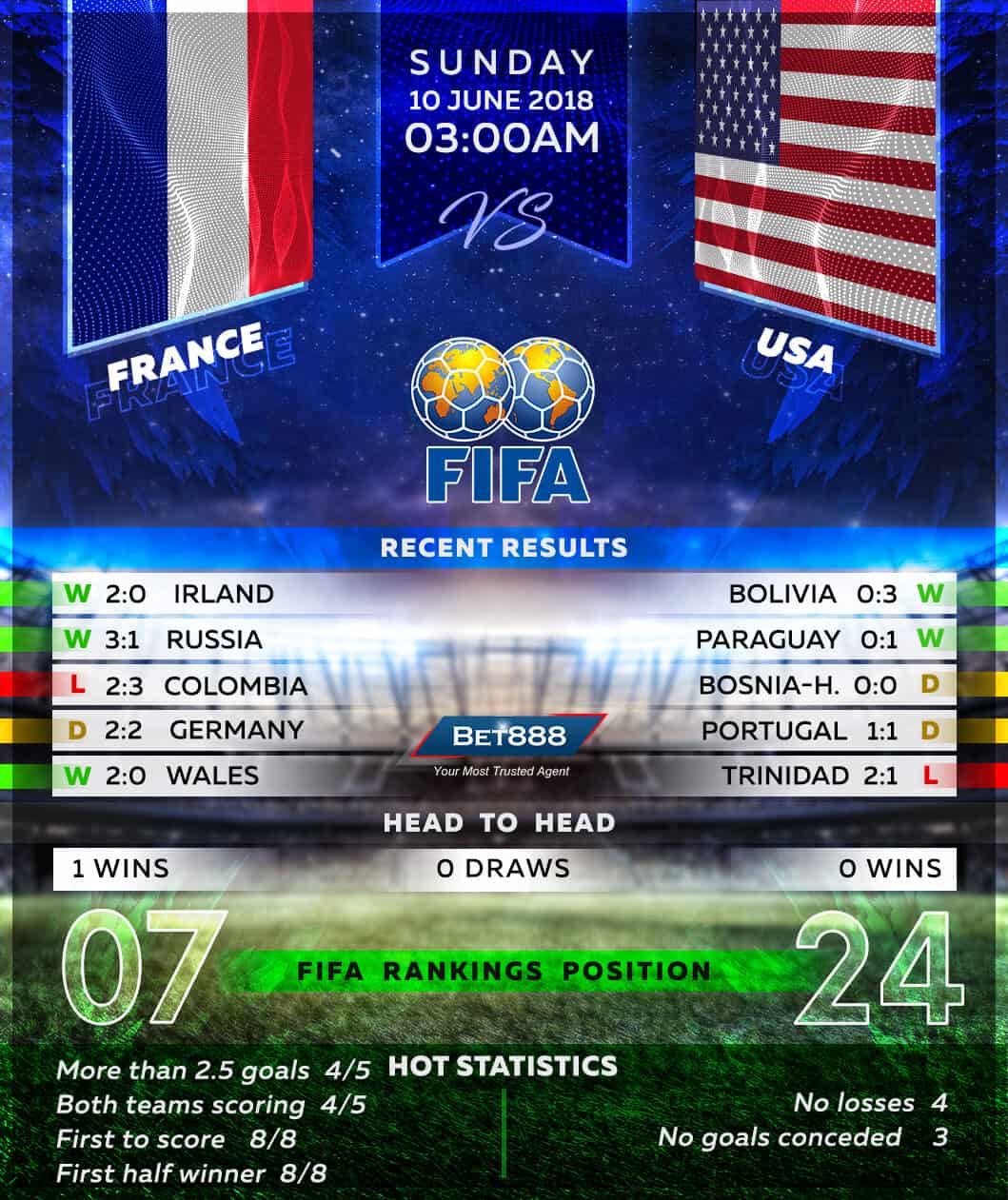