France will host Uruguay at the Stade de France in Paris, looking to bounce back from a 2-0 defeat to the Netherlands a few days ago.

The two sides have played against each other at the World Cup quarter-finals, with France clinching a routine 2-0 victory.

The reigning world champions have failed to live up to expectations in the post-World Cup period. Despite the fact, Les Bleus have defeated both Germany and the Netherlands in their respective UEFA Nations League group, they’ve struggled to replicate the same performance from Russia. Apart from the aforementioned successes, Didier Deschamps’ players have played out a scoreless draw with Die Mannschaft before being held to a surprising 2-2 draw to Iceland in front of the home supporters. Even more, Hugo Lloris and his fellow countrymen have kept a clean sheet just once in five post-World Cup games, having allowed a minimum of two goals two times in the process.

On the other hand, ever since they’ve returned from the final tournament, La Celeste failed to perform at the highest level. After securing a promising 4-1 win over Mexico in a friendly meeting, Oscar Tabarez’s players have suffered three straight defeats, losing to South Korea, Japan, and Brazil. Moreover, Diego Godin and company have conceded two goals against the Taegeuk Warriors before allowing four goals against the Samurai Blue. Considering the fact, Uruguay only managed to keep a clean sheet once in the previous seven matches; Tabarez is desperate to see his backline stepping up their game when facing the likes of Kylian Mbappe and Antoine Griezmann. 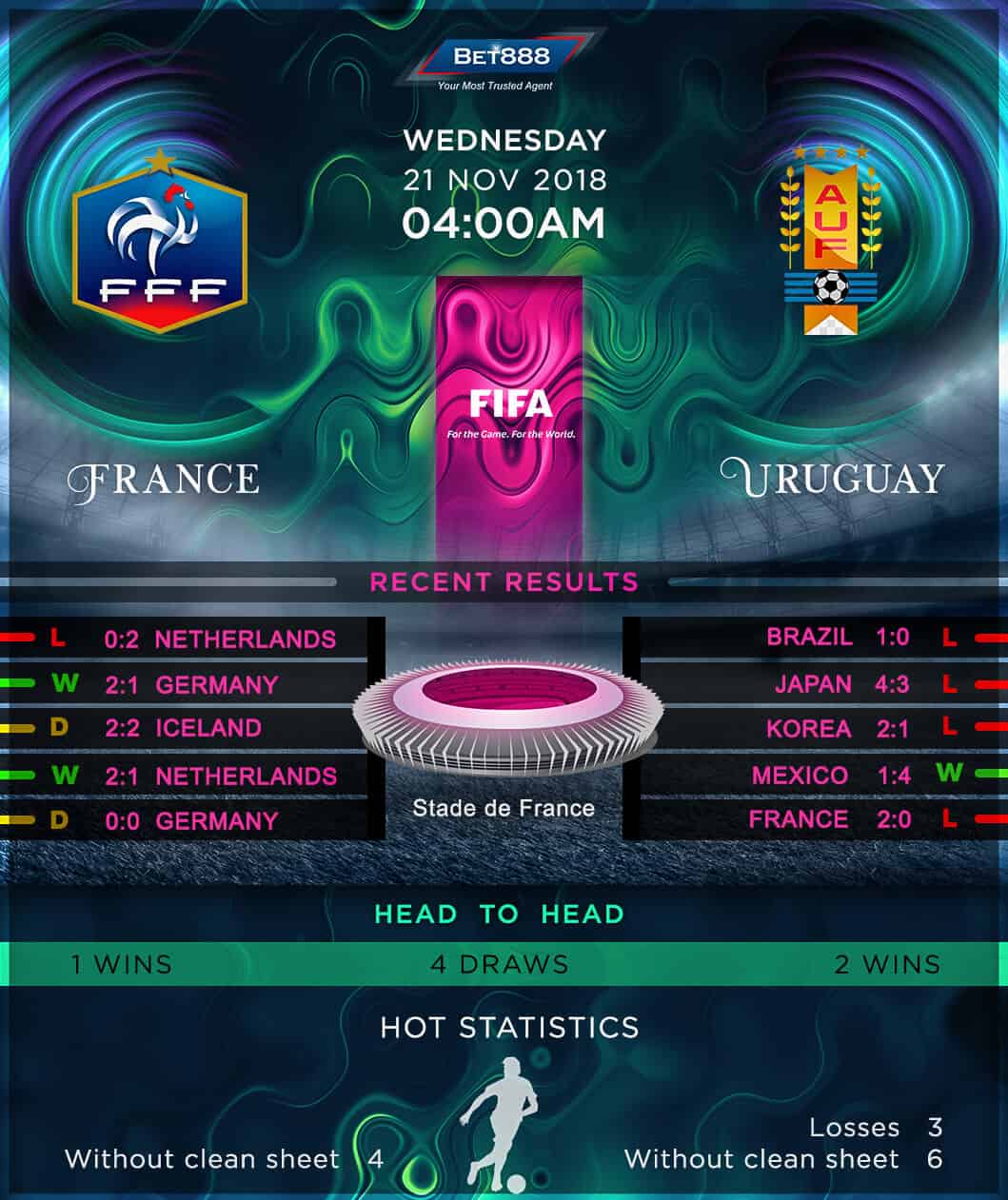