One of the principal candidates to lift the World Cup trophy, France, are going to host the Republic of Ireland at the Stade de France in Paris aiming to maintain a good form ahead of the most significant international football competition on the planet. Les Bleus comfortably topped their group ahead of Sweden and the Netherlands, winning seven out of ten games, while losing only once, a 2-1 defeat to Sweden. A match against the Boys in Green will be France’s fifth friendly encounters after securing their spot in Russia, with Les Tricolores winning two out of previous four games, including a 3-1 victory over the World Cup hosts back in March. On the other hand, the Green Army failed to make their way to Russia thanks to a 5-1 debacle against Denmark on home soil in the playoff. After that, Martin O’Neill’s team played a friendly match against Tunisia, losing 1-0 to the African side, and the former Aston Villa manager is desperate to improve his team performance ahead of the European Championship qualifications.

With the absence of Digne and Kurzawa, Lucas Hernandez will probably cover the left flank in favor of Benjamin Mendy, who missed the majority of the season due to injury, while one of Blaise Matuidi and Corentin Tolisso shall take Adrien Rabiot’s place next to Paul Pogba and Kante in the middle of the park. Darren Randolph and Kieron Westwood are going to skip the encounter because of injuries, which is why Conor O’Malley, Shane Supple, and Colin Doyle found themselves in the national team for the first. 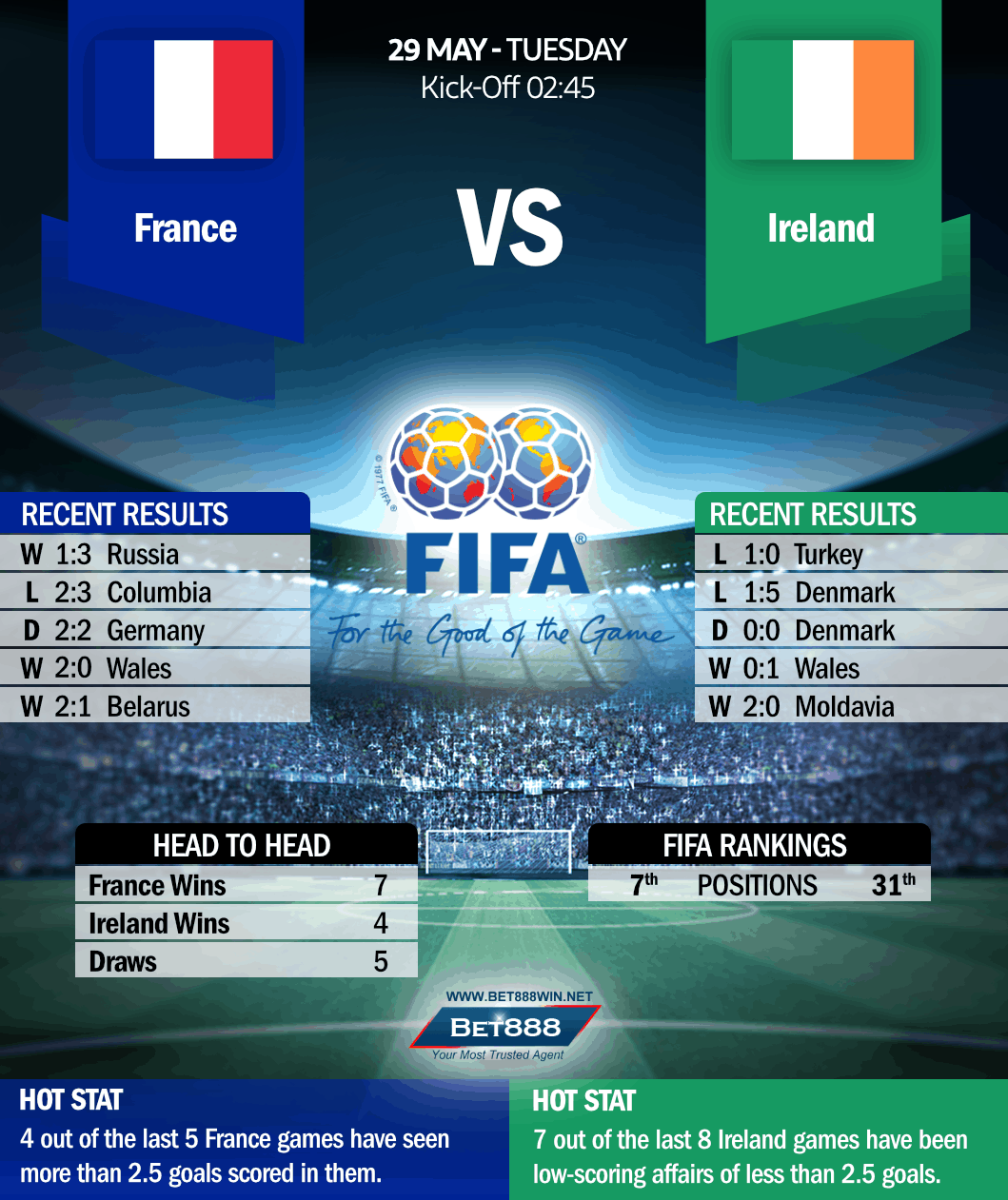