Probably two biggest favorites to lift the World Cup trophy are ready to face off against each other at the Saint-Petersburg Stadium in the first 2018 FIFA World Cup in Russia, with France looking to take on Belgium. Les Bleus have easily gone past the group stage, finishing top of Group C in front of Denmark, with two wins and a draw, only conceding one goal in the process. Didier Deschamps’ team then defeated Argentina 4-3 in the round of 16 in what was the most attractive match of the tournament so far, after which they have eliminated Uruguay with a routine 2-0 victory. As for Belgium, they are the only team to win all five matches without going into the extra time. De Rode Duivels comfortably topped Group G ahead of England, whom they have beat 1-0 in the third round of the group phase. Roberto Martínez’s side have made a stunning comeback in the first round of the knockout stage, defeating Japan 3-2 after coming back from two goals down in less than twenty-five minutes. In the quarter-finals, Belgium eliminated top favorites Brazil by two goals to one, thus securing their first World Cup semi-final appearance since 1986.

Samuel Umtiti has suffered a minor injury against Uruguay,and his appearance still hangs in the balance, while Thomas Meunier won’t be able to perform for Belgium due to suspension. 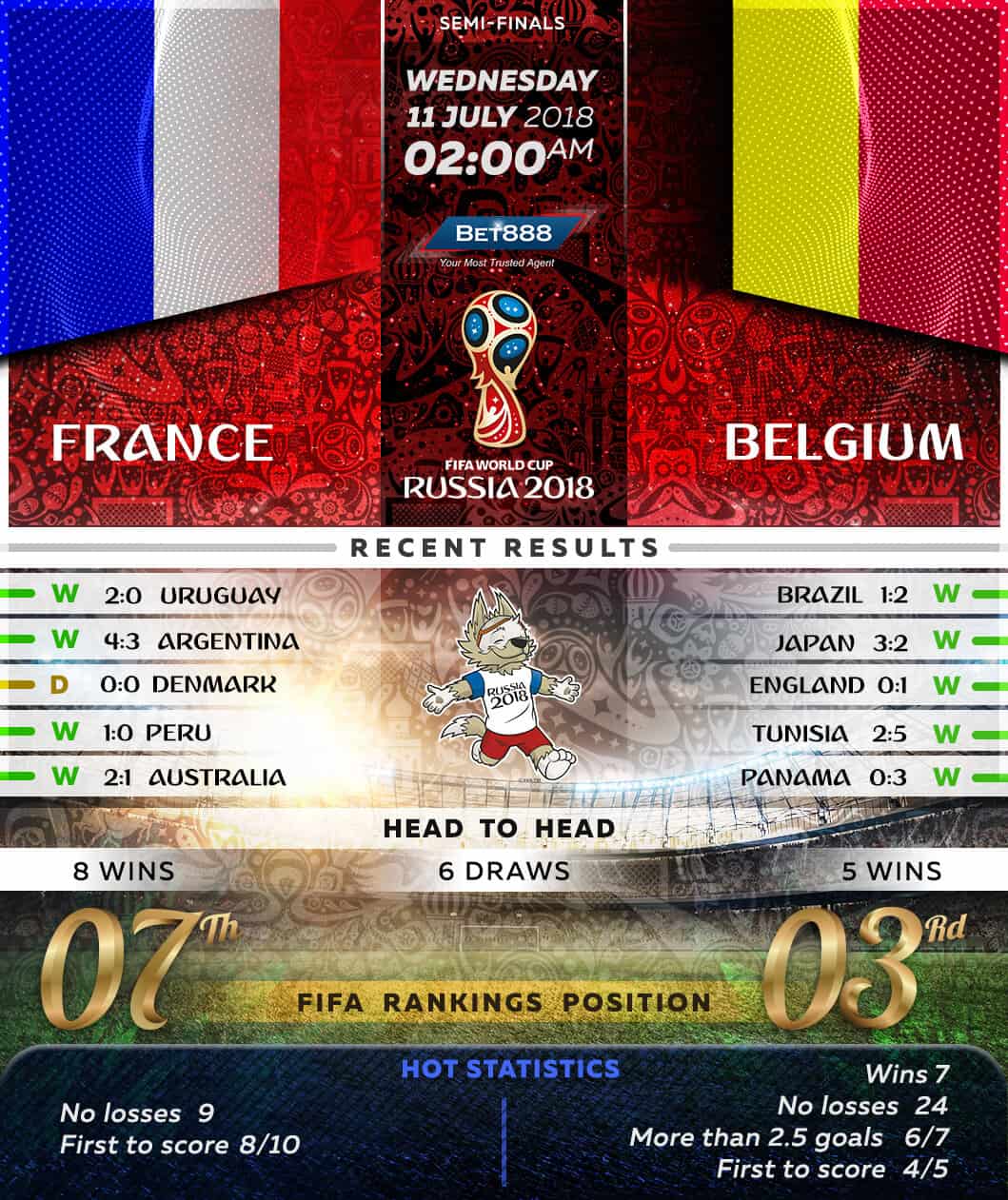