Severely weakened by injuries, Fortuna Dusseldorf will welcome Mainz 05 to the Esprit Arena looking to extend a 3-game lossless streak across all competitions.

Rooted deep in the relegation zone, the hosts have already suffered seven defeats after the opening 12 Bundesliga fixtures, as only Stuttgart racked up more failures than them. Along with Schalke, the Flingeraner is the only German team that is yet to play out a draw at home. Friedhelm Funkel’s players have lost four out of their six home matches, while they have managed to achieve two wins in the run, including an impressive 4-1 triumph over Hertha Berlin last time out. But, Fortuna and Bayern Munich are the only sides in the German top flight that are yet to keep a clean sheet at home. Meanwhile, only two teams have scored fewer goals than Fortuna this term, including their direct rivals Mainz.

The visitors, goals have been at a premium. In three out of their five road Bundesliga clashes, they have failed to find the back of the net. Moreover, before a 3-1 win over Freiburg, Die Nullfünfer have suffered three consecutive losses away from home, as they reside one of the worst road teams in the German top flight. With just eight goals bagged so far, only Stuttgart have scored fewer goals than Mainz, as Rouven Schröder’s men struggled to find the back of the net five times already. All of Mainz’s last five Bundesliga encounters have produced a minimum of three goals, with the Karnevalsverein failing to keep a clean sheet in the run. Still, they have so far conceded only 14 goals, which makes them the 3rd-best defensive team in the league, putting them on a par with Borussia Monchengladbach and Eintracht Frankfurt. 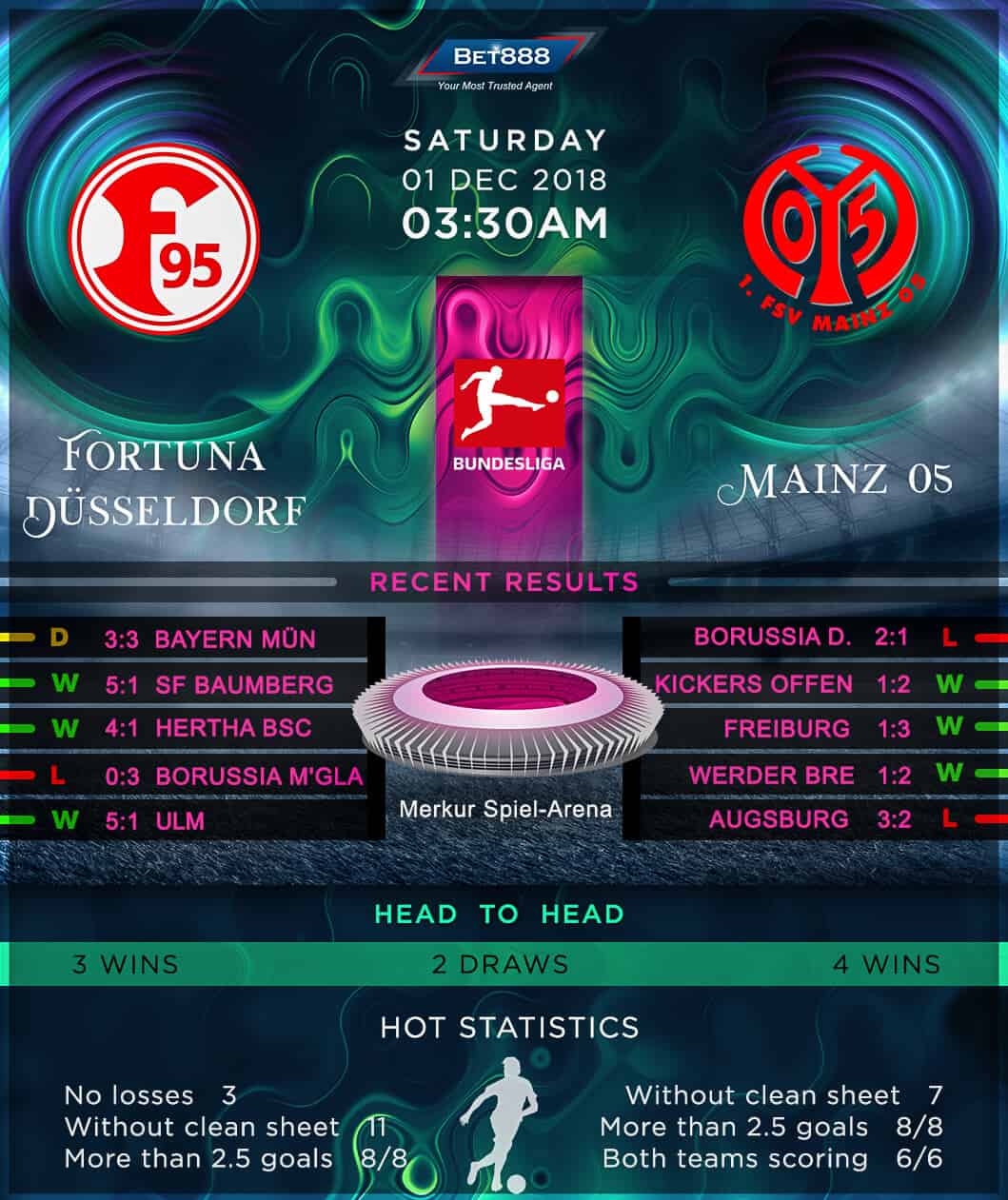