Full of enthusiasm following a stunning opening of the season, Fiorentina will host Udinese at the Stadio Artemio Franchi, trying to maintain an impressive form. After saw their opening match against Sampdoria getting postponed due to a horrifying tragedy that happened in Genoa, the Viola have hammered Chievo Verona by six goals to one at home, thus starting the new Serie A campaign in the best possible way. With the youngest squad in Italy and one of the most inexperienced in top five European leagues, Stefano Pioli intends to bring Fiorentina back to the European football and based on his players’ performance against the Flying Donkeys it seems he is doing a great job. On the other hand, the Friulian White-blacks, who barely managed to avoid relegation last season, opened the new campaign with a 2-2 draw with Parma on the road before defeating Sampdoria at home by a narrow one-goal margin. However, the things are not going well in Udine, as they suffered a disappointing Coppa Italia elimination to Benevento, who knocked them out after extra time.

Abdou Diakhate will be the only player in the home squad to skip the encounter, while Svante Ingelsson, Emmanuel Badu, and Rolando Mandragora won’t be able to performfor the visitors. 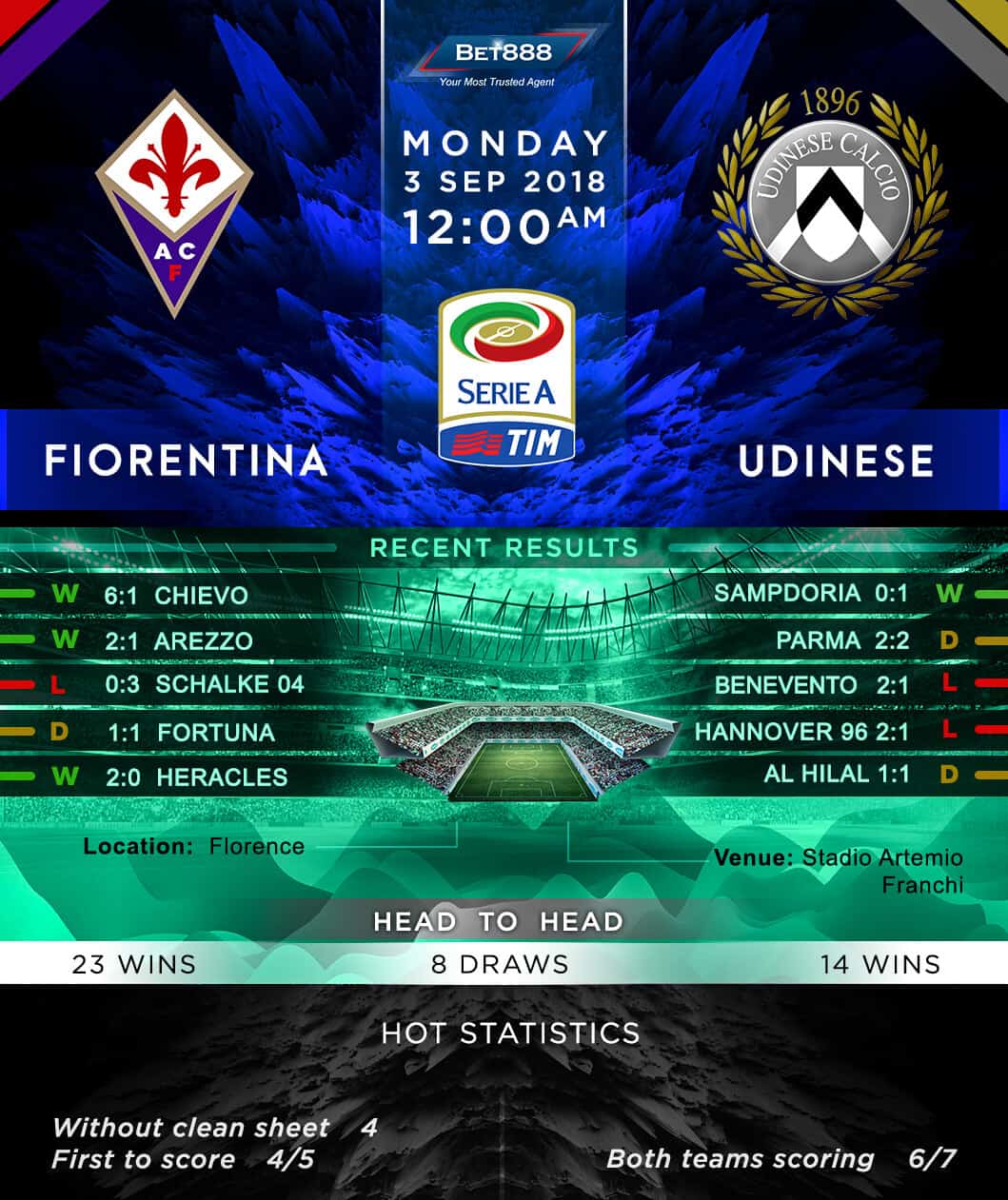