Goodison Park is the venue as Everton and Wolverhampton Wanderers go head-to-head in a bottom-half Premier League six-pointer.

Despite narrowly avoiding relegation last season, Everton seem to have failed to learn their lesson as after only winning three (20%) of their 15 Premier League matches this term (D5, L7), they’re starring down the barrel of another season-long fight against the drop. With 18th-placed Nottingham Forest only one point below, the ‘Toffees’ are flirting with the relegation territory. Under-fire boss Frank Lampard is walking a tightrope as after losing back-to-back league games before the World Cup break, he could be counting his final days in charge of Everton. But the festive period is where Everton often excel, with the Merseyside strugglers registering victories in their last three Premier League Boxing Day contests, accounting for their best winning streak on this day since a run of seven between 1984 and 1990.

On the other hand, visiting Wolverhampton Wanderers relieved underperforming boss Bruno Lage in November, yet newly-appointed manager Julen Lopetegui will only make his touchline debut on Boxing Day. After obtaining the work permit, the former Sevilla manager will be looking to put Wolves’ disastrous five-match winless Premier League run to bed (D2, L3) and hit the ground running from day one. Nailed to the bottom of the table after registering a humiliating 13% win ratio across their opening 15 Premier League games (D4, L9), the visitors are desperate to grab three points on the road for the first time this season (D2, L5). Despite entering this round as the only Premier League side yet to smash a 10-goal landmark in 2022/23 (8), Wolves will fall back on a two-game winning H2H streak against Everton in the competition. 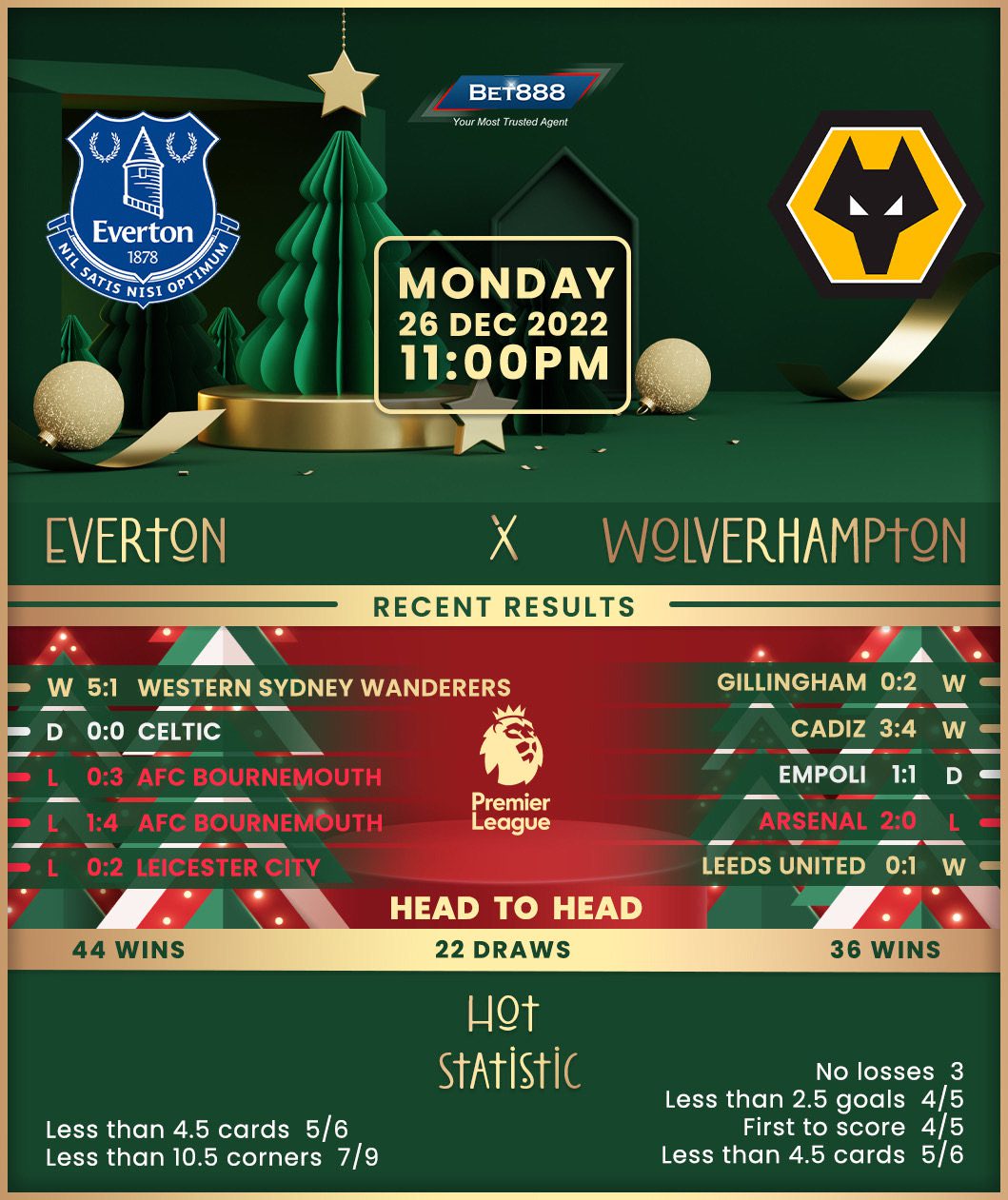