After two straight unsuccessful attempts to achieve a league victory, Everton will welcome the struggling Watford side to Goodison Park looking to extend 5-game home lossless streak against the Hornets.

Lack of consistency and various ups and downs have seen the Toffees securing two wins in their last five Premier League outings while suffering one loss and being held to two draws in the run. Unbeaten in their previous five games in front of the home fans, Marco Silva’s men have racked up a four-game winning run before playing out a 1-1 draw with Newcastle United in midweek’s EPL clash. Comfortable at Goodison, the Merseysiders have suffered just one defeat in their opening eight home league games this campaign, having clinched five wins in the process. However, goals have been in short supply in their last four Premier League matches, with the Toffees failing to score a goal two times while keeping a clean sheet twice during the run.

On the other hand, Watford’s impressive start of the season is now a distant memory, as the visitors struggled to perform at the highest level in their previous four league clashes, suffering three losses while being held to a 1-1 draw to Southampton on the road. Indifferent away from home, the Golden Boys have secured just one triumph on their last five road trips, having suffered three defeats in the process. What’s more, Javi Gracia’s players have failed to keep a clean sheet in six out of seven road matches this season although they have conceded two goals per match only twice during the run. Desperate to bounce back from three consecutive league failures, Javi Gracia will have to come up with something special if looking to end Everton’s local dominance over Watford, which has seen Toffees beating the Hornets four times in their last five H2H meetings at Goodison Park. 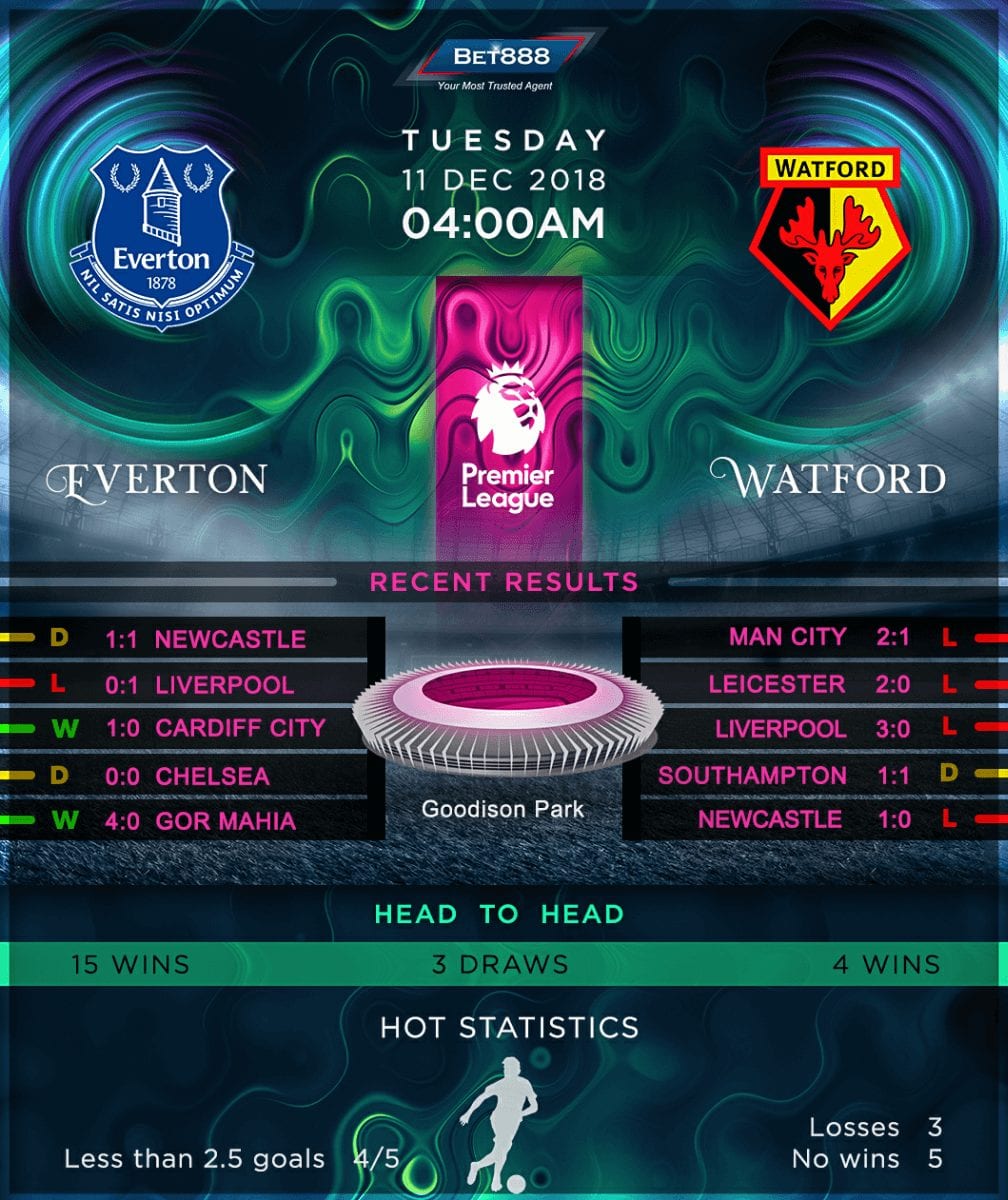